A shot in the arm for COVID vaccines, and El Pollo Loco looks for Organic growth | Ad Age
Skip to main content
Sign In Register 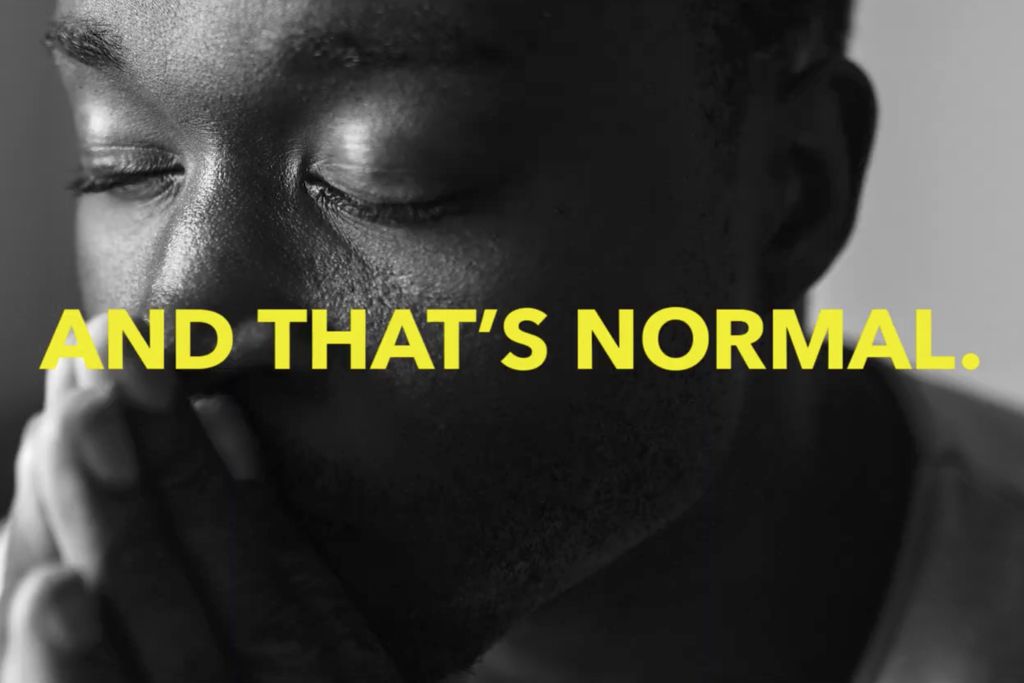 'It’s Up to You' targets communities of color with a pro-vaccine message.

It’s up to you

The Ad Council has unveiled its COVID vaccine education campaign, themed “It’s Up to You,” which is backed by more than 300 brands, companies and community-based organizations. The $50 million-plus effort is aimed at convincing communities of color who are hesitant that the vaccines are safe and effective.

Pereira & O’Dell created “It’s Up to You,” which explains that it’s natural to have questions about taking the vaccine, and the push, said the Ad Council, “conveys that one of the best ways to get back to the moments and people we miss is by getting vaccinated.”

Joy Collective also created content directly targeted to Black communities under that tagline, and “the strategic underpinnings” of the platform was developed by BeenThereDoneThat. Alma customized the platform for the Hispanic audience.

“This is not only the most important campaign of our generation, but it needs to be the largest too.” said PJ Pereira, creative chairman of Pereira & O’Dell. “It had to be an idea that worked not only for the audience, but allowed brands and publishers to make it theirs, too.”

Back to school … in February

Industrial cleaning supply company Zep has partnered with San Francisco’s Cutwater to launch a public safety campaign for kids going back to school in Atlanta. Timed to the reopening of the city’s public schools due to COVID, the effort involves in-classroom education, on site activation, out of home—and, of course, the distribution of hand sanitizer. The shop also designed back-to-school kits that include reusable face masks.

The outdoor boards include messages like “Glad to see your faces again. Just don’t touch them.”

“This is an impactful community project and Cutwater is thrilled to be a part of it,” said Cutwater’s Chief Creative Officer and Founder Chuck McBride. “We are hopeful that this program can bring some joy and peace of mind during this uniquely challenging time.” 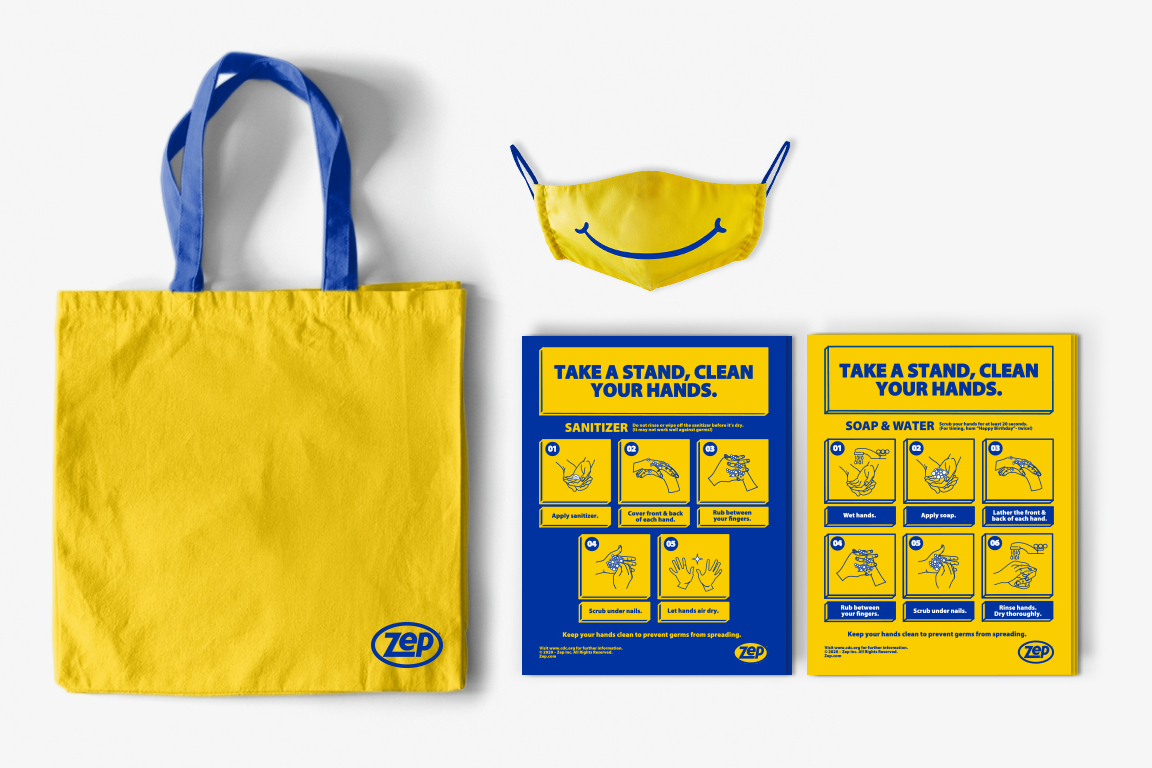 El Pollo Loco has tapped Organic as its strategic digital agency of record. The shop, which won the business after a competitive pitch, will lead digital, social media engagement and e-commerce.

The chicken chain said that the “partnership reflects an acceleration of the digital journey that started in 2019.” At that time, the company spent less than 3% of its media budget on digital; that has grown to 30% to 40% today, encompassing its mobile app, loyalty and GPS-enabled curbside pickup.

“The decision to partner with Organic was grounded in their proven track record in helping brands become prominent players in the digital space,” said Bernard Acoca, president and CEO of El Pollo Loco, in a statement. “In 2020 alone, we tripled the growth of our e-commerce business. Our commitment to digital reflects a commitment to meet our customers where they are, no matter how they choose to interact with and order from us.”

Knoxville, Tenn.-based Tombras has been named media agency of record for the American Cancer Society, handling planning and buying across digital, broadcast and social aimed at driving funding efforts.

“It’s vital that we use our media budget in the most advanced way possible, because the return on that investment is lives saved,” said Rick Vosk, director of media strategy at the nonprofit. “Tombras has an analytics-based approach to media that is very much aligned with ACS’ digital-first marketing strategy.”

“This is highly personal to me, and one of the most important wins in history of agency, because my dad Charlie Tombras, our chairman, has been fighting cancer for 20 years and is now in recovery thanks in no small part to ACS’s efforts,” said the agency’s President Dooley Tombras.

A Work in progress

In July, Work & Co set up The Fund, a $1 million commitment in pro bono work to support startups and organizations focused on advancement in the Black community. As part of this initiative, the agency solicited submissions for pro bono work in three areas: Black economic empowerment, Black voting rights, and criminal justice reform. Its latest project, dedicated to that third prong, is a partnership with Ameelio, which offers free digital communication tools to incarcerated people. Work says it’s partnering on brand and product strategy with Ameelio, which “is engaging a uniquely broad set of stakeholders, including Departments of Corrections nationwide, the activist community, and incarcerated people and their families to affect broader change.”

Earlier in its support of Black justice, the agency created the Woke Vote site to mobilize voters of color and Give Blck, a digital tool that funnels awareness and funding to Black nonprofits, as the agency says, “to help bridge the philanthropic giving gap.”

Austin, Texas-based Preacher has named its first managing director, Amanda VanAntwerp, promoting her from director of operations. VanAntwerp, who is charged with “executing the strategic vision” of the agency, began her career at the shop working on accounts including Venmo, Crate & Barrel and Tommy John, and has also worked as an account director at BBDO, New York.

At the same time, the shop elevated Kellyn Blount and Greg Hunter to executive creative directors. Blount, who joined in 2016 as a creative director, hails from Baldwin&, while Hunter, who joined a year later, moved over from Firehouse in Dallas. In addition, Marika Wiggan and Jasmine Clark were named co-heads of strategy from strategy directors. Wiggan is a veteran of Argonaut and Goodby Silverstein & Partners; Clark also worked at Goodby.

Preacher is ramping up as it takes on new business from brands including Bestow, WeTranfer and Arcadia Clean Energy. “We’re at the point with Preacher where we want to evaluate what we keep sacred, what we leave in our past, and how we craft the work we do moving forward,” said Krystle Loyland, co-founder and CEO. “This starts with some of the very folks that helped get us where we are today.”

MDC Partners has appointed Damaune Journey as chief growth officer. The agency said Journey, who has previously served as chief growth officer for The Private Medical and interim chief development officer for the National Action Council for Minorities in Engineering, will become part of the shop’s global leadership team. “Trained in engineering at the University of Michigan and later earning his MBA at Harvard, his background brings strong insight and fresh perspective to 72andSunny and the industry at a time of rapid evolution, innovation and acceleration,” the company said in a release.

“72andSunny’s focus on Creativity that Wins puts client’s business challenges front and center in everything we do, and fosters strategic conversations and innovation. I can’t wait to bring that impact to more partners,” said Journey.

Rising from The Basement

Conrad Edwards is taking the reins as CEO at Indianapolis agency The Basement. The title was formerly held by co-founder Brian Phillips, who along with the shop’s other co-founder, Jacob Leffler, will become directors and remain “in an advisory role,” the agency said. Edwards was formerly chief operating officer and has also served as VP and chief experience officer at Samsung America.

“Last year presented incredible challenges as the world moved to work-from-home overnight, and Conrad’s leadership was a steadying force through it all,” said Phillips. “We’re confident he will be an excellent CMO and build on the momentum we’ve achieved as a team.”

Also on the move

Eleven, the San Francisco shop which just toasted the win of Kraken rum, is bringing on Michael de Wit as creative director and Ruben Martinez as senior designer. Most recently creative director at Unlisted Brand Lab, de Wit has worked over his career on brands including Vans, Adidas, Oakley and Converse. Martinez most recently was an independent freelancer and has experience with brands including Coca-Cola, Amazon and Adidas.

The Martin Agency has signed Adweek’s agency editor, Doug Zanger, to become director of brand purpose. Martin says Zanger will “operate as a content bridge between internal teams” who will “tap deeply into the DEI, sustainability, client justice, innovation and other purpose-led opportunities that includes operationalizing custom programs and partnerships for the agency,” said Martin.

“When Martin says this agency is out to fight invisibility, we’re not here to make small moves—we want purpose-filled creativity to flourish,” said Jaclyn Ruelle, Martin’s senior VP and managing director of the shop’s Cultural impact Lab, to whom Zanger will report. “I know Doug Zanger can help us rise to the level of our ambitions with journalistic rigor and tenacity.”