Agency brief: Fresh breath and a dude built for adland 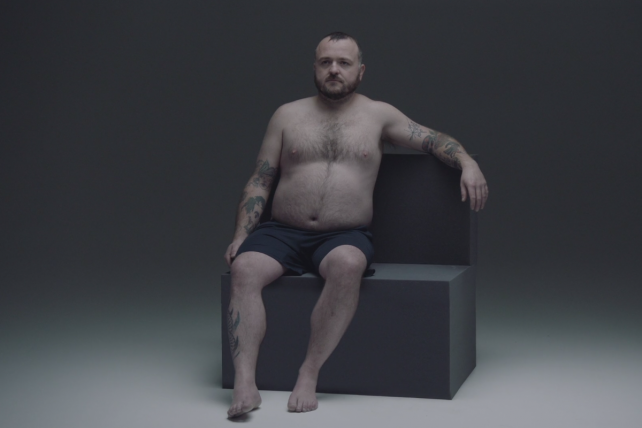 But what about the people who have to write car crash ads? Why is no one thinking of them, asks I-Hsien Sherwood.

Well now there's Grant, a human especially designed to handle adland. No spine, two livers, thick skin. Ears that can "filter out conflicting opinions." White dude, natch. He's probably eyeing a consultancy gig, too. The Cummins & Partners-created parody promotes an awards show for the Melbourne Advertising & Design Club. But, as Sherwood writes, "The spoof includes less-than-impressive numbers for reach and earned media for the 'campaign,' concluding that copycats can't live up to the original."

Read on for a bit more agency news, and see you next week.

Get out the apples and pencils

Leo Burnett appears to be the latest Procter & Gamble Co. agency opening an office in the packaged-goods giant's hometown of Cincinnati. A spokeswoman for the agency said, "We have nothing to share at this time" but expects to have an announcement next week on the subject. Grey Midwest, an outpost of another P&G roster shop, opened in April, moving in with WPP sibling Possible, which was already there.

JWT gets "small but miNY"

It hasn't been an easy year for Laundry Service, but this could be somewhat of a pizza palate cleanser: The agency was just named creative agency of record for Ferrero's Tic Tac gum and mints brand. The shop officially began work in August, working across TV, social, digital, print, out-of-home, in-store and experiential.

Dentsu Aegis Network this week announced the acquisition of b-to-b market research company B2B International, which will become part of b-to-b global agency Gyro. B2B International, whose clients include Shell, BASF and Stanley Black & Decker, will remain headquartered in the U.K. with offices in London and Manchester and operate under the brand "B2B International - a Gyro company." DAN would not disclose financial terms.

Dentsu Aegis Network's Fetch has hired Gosha Khuchua as its managing partner and head of media in the U.S. Khuchua previously led strategic business development for entertainment clients at Ticketmaster, where he also helped build its in-house media buying function and programmatic practice.

Argonaut has named Katie Miller as its new CMO. She was previously head of brand management and new business at the agency.

Venables Bell & Partners has hired Hilary Coate as its new head of integrated production, replacing Craig Allen, who has retired. Coate has freelanced for VB&P for a year, and previously spent 17 years with Goodby, Silverstein & Partners, most recently as executive producer.

Omnicom Group treasurer Dennis Hewitt is retiring as treasurer of the company and as CEO of Omnicom Capital effective December 31. John Wren, Chairman and CEO, Omnicom Group, said in a statement, "Over the past 30 years, Dennis has built a world-class treasury organization. When he joined the company in 1988, our revenue was less than $1 billion and now it's over $15 billion." Hewitt also co-founded "Omnicom Cares," which gathers mainly Omnicom employee volunteers for service projects around the globe.