Happy Friday! For the time being (the office Powerball ticket was a loser) I'm filling in as your correspondent for all things agency. If you think you miss our outgoing agency scribe Meg Graham, say a little prayer for us. Better yet: feel free to send your tips and news for this column my way.

O'Keefe, Reinhard & Paul has landed the tourism account for the Prairie State from the Department of Commerce and Economic Opportunity. The plan is for OKRP to pump up the coffers for Illinois' $40 billion travel and tourism industry by pitching domestic and international travelers along with convention planners. The contract runs through 2022 and spending is estimated at $15 to $25 million annually. That should buy a lot of whiskey and bananas.

According to the client, 114 million people visited Illinois last year and the hope is to draw in many more. "We cannot rest on thinking people are already aware of the many great things to see and experience in the state," says Erin Guthrie, DCEO acting director. "We need to let people know what Illinois has to offer." Hey, OKRP, here's a tip from a former Chicagoan: Give Galena some love.

It was a dark and stormy night

We're a sucker for anything dog-related, so we perked right up when we saw Sterling-Rice Group's new commercial for flea and tick remedy PetArmor. The TV and digital ads show a pet owner racing home to comfort his dog who is cowering in a thunderstorm.

The idea is to demonstrate the brand's role in protecting a pet. "The series of ads portray pets as a true part of the family and depict how owners emotionally and literally play the role of their pet's armor–protecting them from dangers seen and unseen," according to a press release. As someone who has rescued a pair of pups trembling in the bathtub as thunder rumbled outside, I can relate.

Do you know BCW? It's Burson Cohn & Wolfe, the latest mishmash of initials created by WPP in its spate of agency mergers last year that also birthed VMLY&R. In order to reinforce an identity for the merged unit, BCW is launching an ad campaign themed "Moving people."

That may sound like a tagline for Amtrak or Delta, so let's let Donna Imperato, global CEO of the company, explain. "Everything we do at BCW is about moving people," she says in a statement. "We are very focused on what our clients need to move their internal and external stakeholders. They need to engage, inspire and lead constituencies in a favorable direction." Imperato herself voices the digital, display and print campaign.

It's a small world

Speaking of OKRP, Matt Reinhard, chief creative officer, will be one of the outside judges for Ad Age's Small Agency Awards this year. There's still time to enter for the awards, which close on April 30, using this link. Shops with under 150 employees are eligible. The remainder of the judges will be announced next week. Also mark your calendars for July 30-31, when we'll be taking our tenth annual Small Agency Conference to New Orleans. Stay tuned for a full agenda and ticket sales shortly.

What are they eating over there anyway? 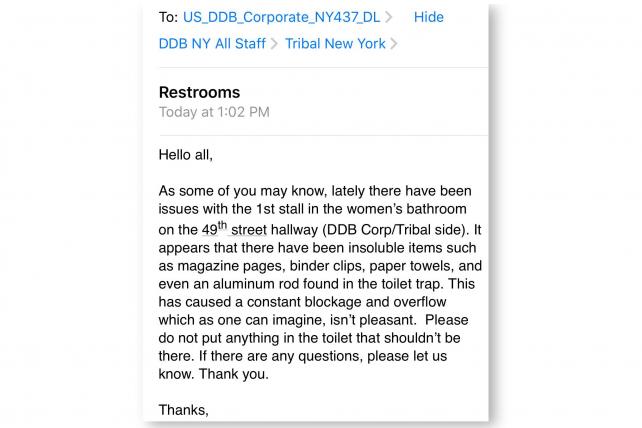 Amit Seth has been named global chief product and data officer at GroupM, joining from Affinity Solutions, where he had been president.

Indra Nooyi, ex-PepsiCo chairman and CEO, is joining the board of Sparks & Honey.

Wongdoody has tapped Steve White as executive director of retail innovation, a new practice. Previously, he was VP and ecommerce strategist at Publicis.Sapient.

T Brand at The New York Times Company announced today that it has hired its first head of creative, Ben James. In this role, Ben will oversee creative, editorial and design teams across T Brand Studio. He joins The Times Company from Wunderman Thompson (formerly J. Walter Thompson), where he led the agency's creative department in New York and creative teams across North America as chief creative officer.

And now, I'm going shopping for a dress for the Ad Age A List & Creativity Awards gala on April 15. I can't wait to see you all there, looking Instagram-ready.