The latest campaign from Buchanan’s Scotch Whisky celebrates Hispanic Heritage Month by highlighting the duality of being Hispanic American.

The national “What Glory We Are” effort includes a video that stars 2020 Puerto Rican Olympic Gold Medalist Jasmine Camacho-Quinn as well as other Hispanic American culture creators. In the work are references to the culture creators being 100% Hispanic and 100% American, as they share drinks with one another. The spot will run nationally in digital media over the next several months through mediums such as Youtube, Univision's VIX, Hulu, and more.

Phrases like “We are 100% Street 100% Cultura,” “We are 100% Golden 100% Orgullo,” “We are 100% Tradition 100% Familia” are shown on the screen as the video plays with the final tagline stating “We are the spirit of the 200%.” The campaign also includes out-of-home elements featuring the captions from the spot, and will be placed in cities like Los Angeles, New York, Miami, Houston, and Chicago. 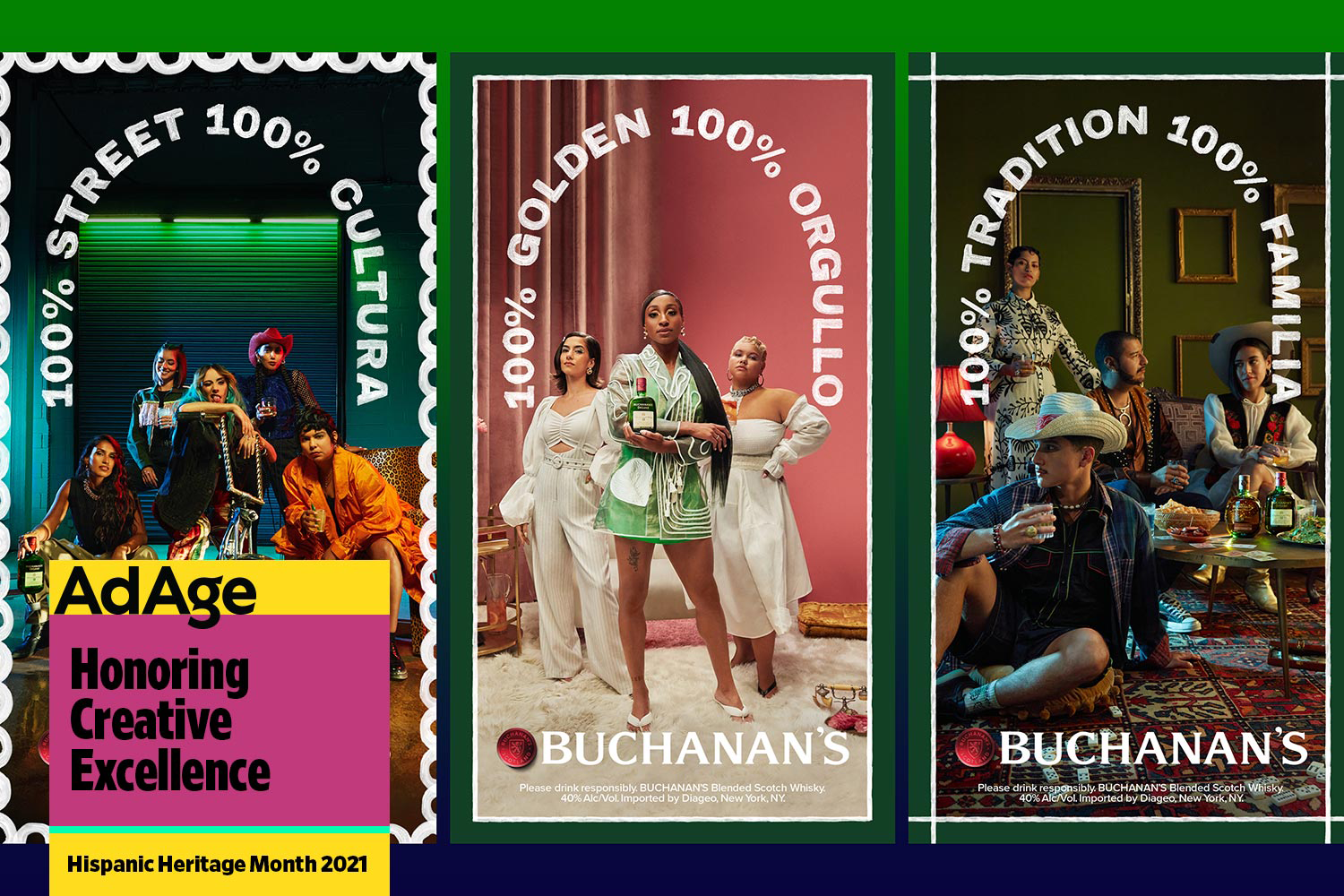 Joyce He, director of Buchanan's at Diageo North America said Buchanan’s has huge appeal in the Hispanic American market.

"For years, Buchanan’s has been enjoyed by Hispanics, because our founder James Buchanan traveled from Scotland to Latin America to introduce and share his prestigious Scotch Whisky with others," He said.  "Over time, and with the brand’s quality and distinct flavor profile, it quickly rose to be the whisky of choice in Latin America. That loyalty has also grown in the U.S., primarily due to the Hispanic American consumer here who have brought the brand into their culture and celebrations,  making the Hispanic American community an integral part of Buchanan’s history and growth."

This isn't the first time the alcohol brand has created advertising with a Hispanic audience in mind. In October of last year, the whisky brand teamed up with Anomaly and created its “Life is Better Shared campaign, which included a digital spot starring Latin music star J Balvin. As part of the campaign, the brand also teamed up with J Balvin and non-profit World Central Kitchen to provide 40,000 meals for those in need across the U.S.

Buchanan’s also worked with J Balvin for a campaign that launched during Game 6 of the 2016 World Series that marked the first time the whisky brand had ever aired a Spanish-language TV spot on a national broadcast, according to an article by Billboard.

The campaign, created by CPB, is significant for the agency, which has faced recent turmoil and lost a number of high-profile clients, including Fruit of the Loom, Hotels.com, and Domino's.

Buchanan's would not confirm whether the account was a project or if it has named CPB agency of record. A representative confirmed, however, that as the campaign develops over the coming months CPB will continue to lead creative development and strategy.