Campbell Soup Co. has selected Publicis Groupe to handle creative and media work for many of its most well-known brands after a competitive review. The holding company will field Campbell's U.S. retail work, Canadian and Asia-Pacific creative, along with its digital, technology and consumer promotion business. Publicis will also handle media planning and buying for Campbell globally. 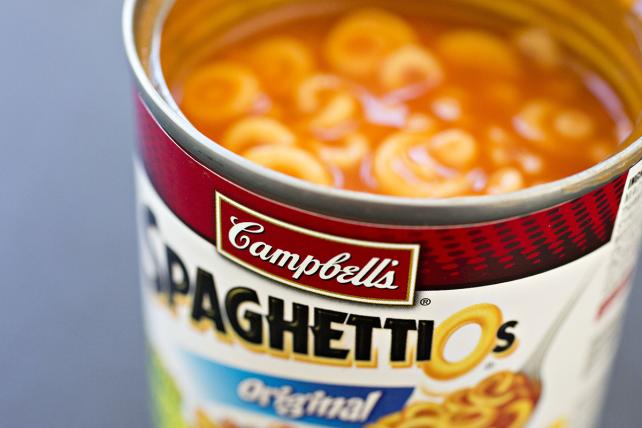 The appointment marks the end of the relationship between BBDO and Campbell, which dates back to 1954, making it one of the longest client-agency relationships in the ad business. BBDO declined to comment.

Campbell said the shift reflects "Campbell's ongoing efforts to modernize its marketing model and integrate communications across disciplines," according to a statement.

Campbell's media agency incumbent was WPP's MEC, which had a long-running relationship with the marketer. MEC merged with GroupM sibling media agency Maxus in 2017 into a new agency called Wavemaker. MEC's New York office was Campbell's U.S.media buying and planning agency beginning in 1999, and the agency also won international buying and planning assignments in 2006. The agency did not immediately respond to a request for comment.

allyMDC Partners-owned Anomaly, which made its way onto Campbell's agency roster in 2016 and had been working on Prego, Pace and V8, is no longer working with the company. The agency did not immediately comment on the announcement.

The assignment does not include creative and digital work for Pepperidge Farm, creative and digital work for Campbell Fresh and other brands and global businesses, including Latin America, Hong Kong and China. As of December, Y&R was still handling Pepperidge Farm. The Campbell Fresh division was not included in the creative review, and the company separately picked San Francisco-based Erich & Kallman recently.

Arthur Sadoun, chairman and CEO of Publicis Groupe said in a statement that "Campbell is on an ambitious transformation journey and at Publicis Groupe we're delighted to have the opportunity to partner with them to reinvent their marketing using our human hub model, putting the consumer at the core of everything we do together."

Campbell CEO Denise Morrison is one of the most outspoken leaders of a legacy food maker and has said that the industry needs to adapt more rapidly in order to remain relevant. The new agency setup is another way Campbell can try to be more agile in a world where established food makers are doing what they can to remain competitive and survive on their own in today's ever-changing industry. They're acquiring startups focused on organic and other fare, investing like venture capitalists, and cutting a variety of costs to free up money they can spend in areas such as product innovation and advertising.

Campbell sought an integrated holding company model to handle a broad range of duties including strategy, creative, digital, media planning and buying, brand PR and design across multiple regions, including the U.S., for large swaths of its soups, meals and beverages business, according to a request-for-proposal obtained by Ad Age in late 2017.

Campbell's marketing and selling expenses fell 5 percent in the second quarter of fiscal 2018, which ended in late January, versus the year ago quarter, due mainly due lower advertising and consumer promotion expenses and cost cutting.

Campbell was the nation's 133rd-largest advertiser in the U.S. with $321 million in spending in 2016, according to the Ad Age Datacenter.