McDonald's Donates $3,100 to Cause
READ THIS NEXT
R/GA's Jess Greenwood is leaving for Apple 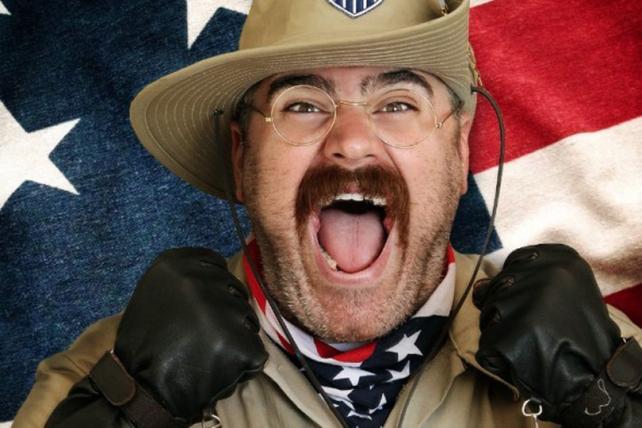 The U.S. may have lost the game against Germany on Thursday, but the team is advancing to the next round. So has "Teddy Goalsevelt."

Teddy Goalsevelt is a character -- dressed up like literal cavalryman Teddy Roosevelt in a Rough Riders-esque uniform -- invented by associate creative director Mike D'Amico at Chicago-based, WPP-owned Cavalry, the lead agency for Coors Light. Mr. Goalsevelt went to Brazil for the first round of the World Cup, gaining popularity over the weekend as TV cameras during the U.S. match against Portugal zoomed in on him more than once.

Then he and Cavalry started working on extending his stay, asking fans for funds to keep Mr. D'Amico in Brazil, positioning the request as a way to help the U.S. team out.

"We here at Cavalry, the advertising agency where Teddy (Mike D'Amico) works, see him as the team's mascot now," the agency said on a GoFundMe post. "And we don't think we're alone."

The agency promised to match every dollar donated up to $2,500. It's not clear why the agency didn't just fund the extended trip itself, but it found plenty of takers, not to mention publicity, with the hashtag #TeddyinBrazil.

Marketers like Listerine have also jumped on the bandwagon, noting that Teddy Goalsevelt was "leading the charge." And Will Ferrell and Teddy revved up fans in a rally ahead of Thursday's match.

By Thursday afternoon, after the U.S. had lost to Germany but survived the first round of play, Cavalry had raised more than $5,336 for the cause, including $3,100 from McDonald's USA. Funds above $5,000 are going to a charity of his choice, the agency said on the donation site.