The Flaming Lips headlining Google's I/O event in March in Mountain View, Calif., where they debuted the "Fruit Genie" project with Deeplocal

The Flaming Lips Frontman Wayne Coyne is diving into advertising, joining Deeplocal, the creative technology studio focused on experiential and product invention that WPP acquired in 2017. His title will be experience designer.

Coyne plans to be an active member and contributor on select experiential projects, as potentially will The Flaming Lips multi-instrumentalist, composer and songwriter Steven Drozd and the rest of the band. (Coyne is the only one with an official title at this point.)

"Anyone who is involved in robots, I am automatically interested in them," Coyne tells Ad Age. The Flaming Lips' most critically acclaimed album, "Yoshimi Battles the Pink Robots," was centered around the rise of technology and artificial intelligence. Deeplocal, for its part, is a spinoff of an art and technology lab at Carnegie Mellon University. "I think [the partnership] just grew from there," he added.

Coyne spoke as he was getting ready to attend an Ariana Grande concert in his hometown of Oklahoma City. 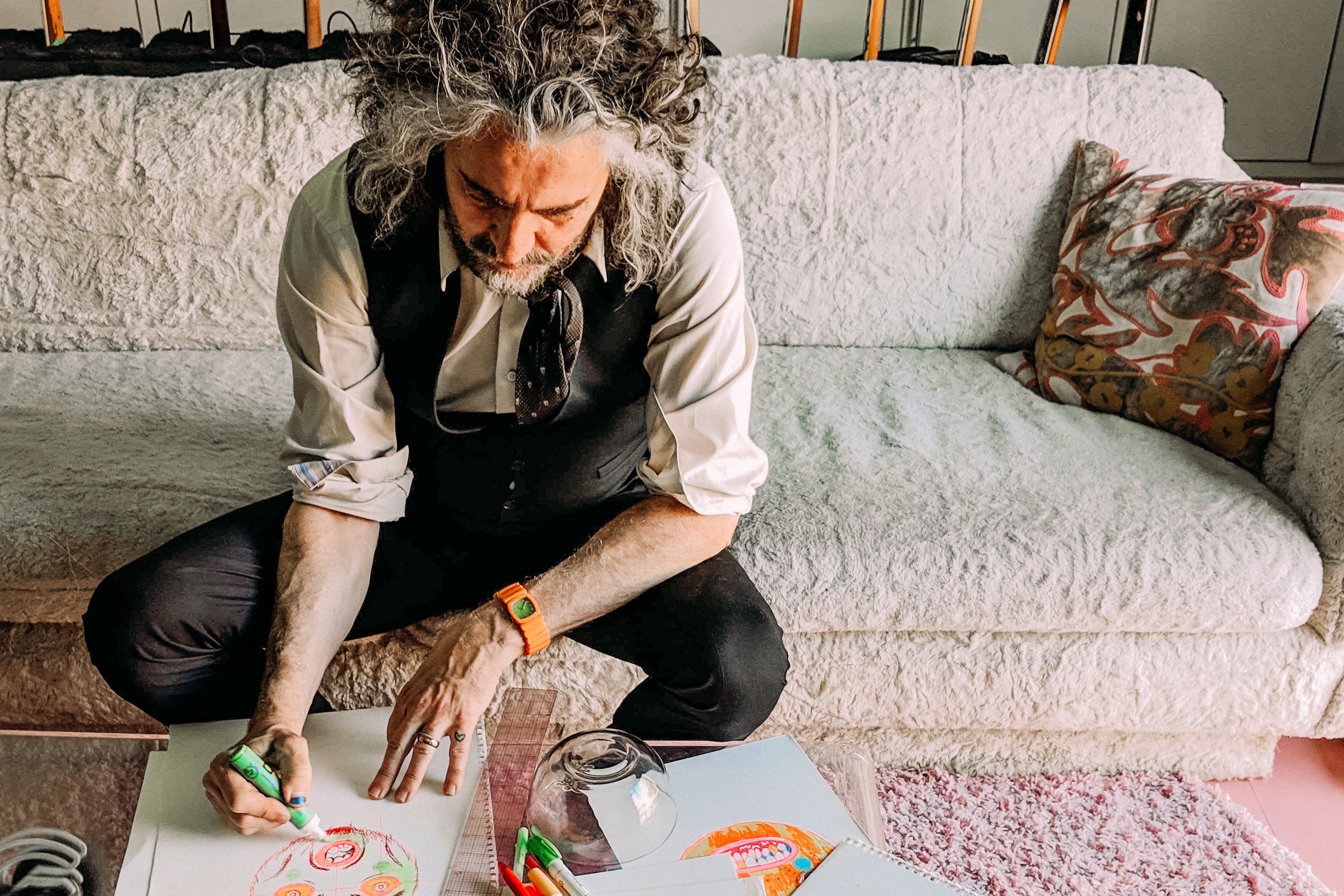 The Flaming Lips, known for incorporating psychedelic experiences in their live performances, recently collaborated with Deeplocal and Google's AI team, Magenta, to create "Fruit Genie." The Flaming Lips headlined Google's I/O annual event in March in Mountain View, Calif., where Drozd played a bowl of fruit (actually, it was an AI-powered instrument that the agency and Google created through the integration of Magenta's "Piano Genie" model with a physical interface of fruit—got that?) on which the band debuted instrumental song "Strawberry Orange."

That project stemmed from Deeplocal CEO Nathan Martin, a longtime fan of The Flaming Lips, who had been introduced to Coyne after attending one of the band's recent shows. The two became fast friends and collaborators.

"If you like the same type of music, you start to think, 'Well maybe [we'll] like the same food and other experiences, and then we can be friends," Coyne says. "As artists and musicians, we tell each other all the time, 'I love what you do.' That's how we all got together. And I vibed with that in just the first few minutes of talking to them."

Coyne's first project with Deeplocal will be an experiential activation that "takes the whimsy, playfulness," of The Flaming Lips and puts that out into the real world, says Martin. The experience will be located near Troy Hill, which overlooks the Allegheny River just north of downtown Pittsburgh, where Coyne was born before his family relocated to Oklahoma. Martin declined to go into further detail. 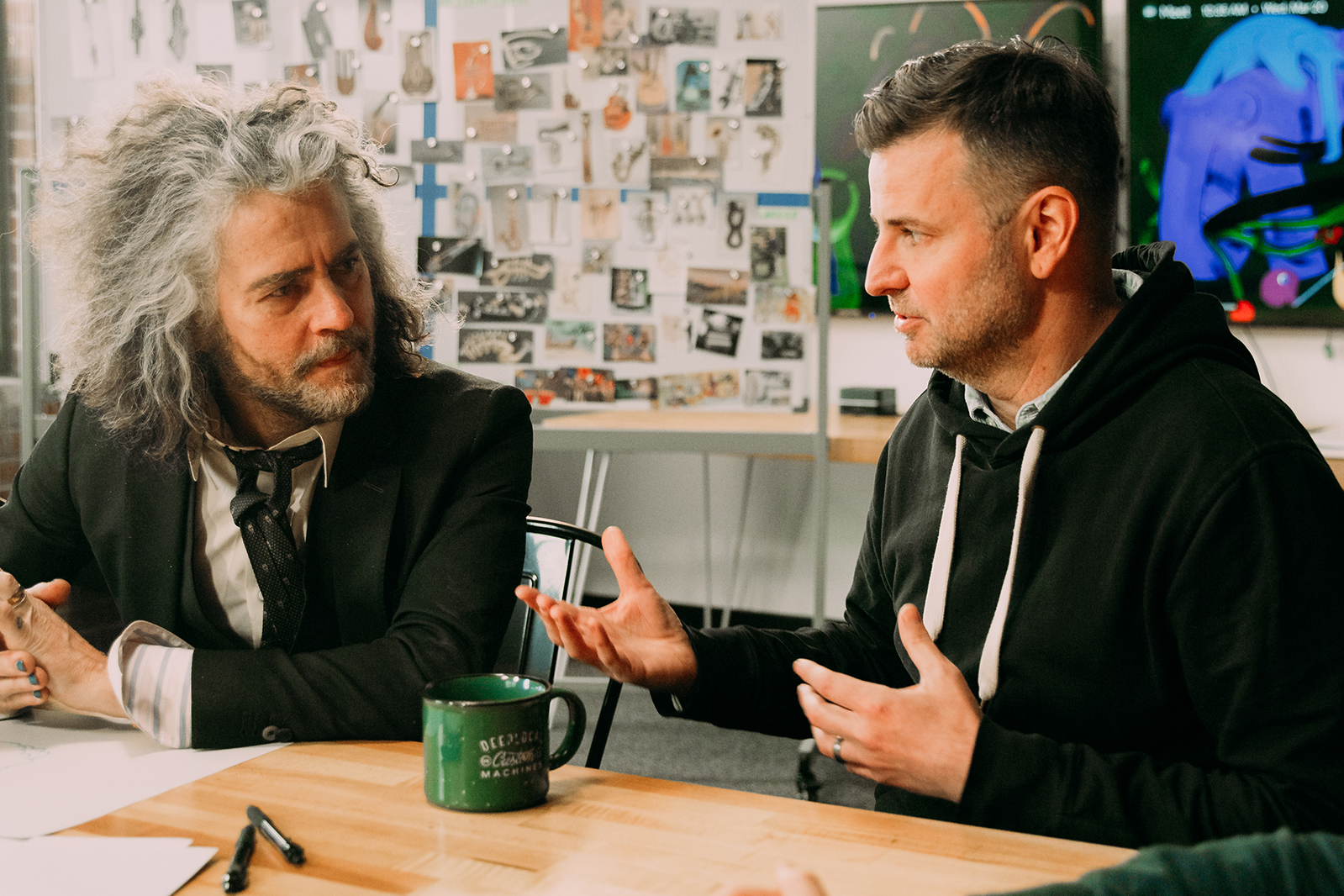 Martin says while his team at Deeplocal do mostly marketing work for brands, he wants to work with Coyne to "bring some of our own ideas to life" as a creative shop. Deeplocal might be brought on to collaborate on The Flaming Lips' live performances as well but that's not what the partnership will focus on.

Coyne and his band are known for their eccentricity during live performances. The frontman has on many occasions crawled over the crowd in a human hamster ball or climbed atop a robotic unicorn. There's never a shortage of confetti, trippy lights and props. Coyne is also the mastermind of The Womb, an arts complex in his hometown of Oklahoma City that features contemporary art shows, music performances and a creative agency.

The Flaming Lips have previously partnered with Dogfish Head Craft Brewery to create a custom pale ale brewed with dragonfruit, yumberry, passionfruit, pear juice and black carrot juice (which is quite good).

“When we first met, Wayne and I started talking," Martin added. "One thing that we originally thought was, 'hey, we're going to build stuff for the live show.' And then we were way more in sync with Wayne as a marketer. He understands what we understand about marketing [about] simple stories, [catering to] short attention spans, make something that people can remember, be different."