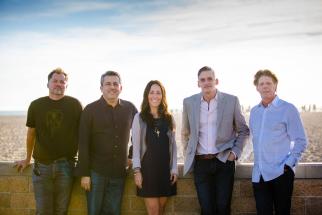 Over the last few years, Grupo Gallegos has hired more senior execs from the general market, most recently Dave Damman, a former chief creative officer and managing partner at Carmichael Lynch, who joined as co-president and chief creative officer last June. The other co-president, Andrew Delbridge, an Australian, joined from U.S. shop McKinney back in 2012. Neither exec had worked in the multicultural market before.

"Our vision is to be the most culturally-attuned creative collective in the U.S.," Mr. Gallegos said. "We're going beyond multicultural as in ethnic. Music, entertainment, gender, LGBT, ethnicity, all make up the greater culture."

"We look at it as one offering and our united collective, but there are multiple doors for a client to go through," he said. "If a client wants to start with digital, they can go to Canvas. Or if they want the whole thing, we'd pitch as United."

For independent agencies like Grupo Gallegos and Canvas, which will continue to be run by its founder and president, John Kaminsky, the challenges are 'how do you scale, and stay true to what you do?' It's great to have more of a united front," he said.

Gallegos United ,the former Grupo Gallegos, is the biggest piece of United Collective, with about 90 of the total 150 staffers. In 2015 and 2016, Grupo Gallegos' revenue was flat, at about $21 million.

"It's difficult being independent," Mr. Gallegos said. "And the challenge when you've come out of the Hispanic or multicultural space is do you have the capability to go beyond that assignment, and handle the whole piece of business, and go beyond what's perceived as your core DNA."

"Clients are faced with a more diverse, more cross-cultural, more savvy consumer," he said. "It's exciting, but also very challenging. Clients want to keep pace, but with more choices and more diversity, it gets a bit more complicated."