Harley-Davidson is moving factories overseas, but don't expect the ads to change 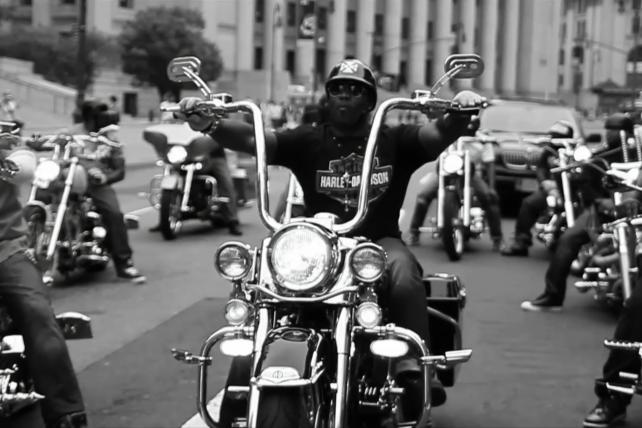 Made in the USA(ish)
Credit: Harley Davidson

Yet another classic U.S. brand is waking up from the American Dream. Harley-Davidson announced today that it is shifting more production overseas to avoid getting caught in President Donald Trump's trade war with the European Union.

It's a move that runs counter to the narrative of Harleys as a quintessentially patriotic mode of transportation—a real bike for real Americans—that the company has cultivated for decades with taglines like "Until you've been on a Harley-Davidson, you haven't been on a motorcycle."

Indeed the idea of an "iconic" American brand moving even part of its manufacturing overseas is the polar opposite kind of headline the Trump administration likely wants to see — and yet it is the direct result of its own aggressive trade tactics with Europe.

This nuance was lost on some.

A Harley-Davidson should never be built in another country-never! Their employees and customers are already very angry at them. If they move, watch, it will be the beginning of the end - they surrendered, they quit! The Aura will be gone and they will be taxed like never before!

Still. It's unlikely the news will lose Harley-Davidson any fans it hasn't already lost to cheaper, smaller and more reliable brands that are often foreign-owned. The "Made in the U.S.A." crowd has merged with the "Make America Great Again" masses, and neither really seem to care that red baseball caps are sewn in China. And in recent years, Harley-Davidson has been courting a younger, more culturally diverse audience anyway—people less likely to have ties to factory workers in Wisconsin and Kentucky who will soon be out of work.

The motorcycle brand helped define 20th Century road culture, and films like "Easy Rider" and "The Wild One" helped intertwine the bikes with notions of freedom and the counterculture. But the brand's core audience—white men who wanted to live out a Hell's Angels fantasy on weekend road trips—kept aging.

Prices for the company's "road sofas" ballooned and gas prices rose, as well. Most young people are too buried in student loans or the gig economy to shell out more than $20,000 for a part-time ride, so to prop up flagging popularity here at home, Harley-Davidson began trying to improve foreign sales. By 2017, they made up nearly 40 percent of worldwide sales. This year, domestic sales are flat, but foreign sales are up 12 percent, according to the The Wall Street Journal.

But then, unbidden, came the trade war.

Earlier this year, Trump imposed unilateral tariffs on steel and aluminum imports. World leaders sought to negotiate exemptions, but those fell apart late last month. In response, Canada and Mexico enacted tariffs of their own, and last week, the E.U. levied tariffs on some U.S. goods, specifically targeting iconic American brands like Harley-Davidson and Kentucky bourbon. (It also so happens that Harley-Davidson is headquartered in Wisconsin, home state of Speaker of the House Paul Ryan, and Senate Majority Leader Mitch McConnell represents Kentucky.)

Like Sean Spicer seeking the embrace of a nearby hedge, Harley decided to dodge the issue. Rather than pay a 31 percent tariff on vehicles it sells in the E.U. (16 percent of its global sales), it's moving production of its E.U. fleet outside the U.S., citing the new tariffs as its reasoning.

But don't expect that to be reflected in the advertising. Chrysler still goes hard into Americana despite its Italian ownership, and Budweiser sales get funneled up the chain to Anheuser-Busch InBev headquarters in Belgium. Consumers can't afford to care where the products they buy are being made when they're too worried about how much they cost.