From paid time off to meals and frank discussions, the holiday is becoming a permanent fixture on the calendar
READ THIS NEXT
McCann Worldgroup promotes Alex Lubar to president of North America 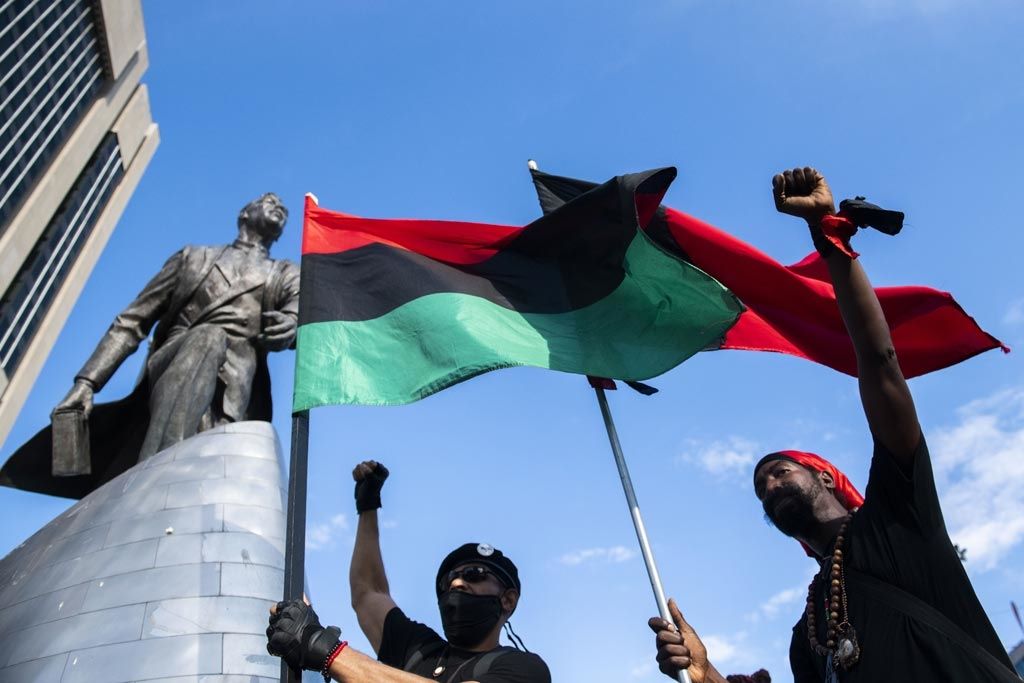 From its very inception, Juneteenth, the holiday commemorating the end of slavery in the U.S., was late to receive the recognition it deserved. Enslaved people in Galveston, Texas weren’t told of their freedom until June 19, 1865, two-and-a-half years after the Emancipation Proclamation and more than two months after the end of the Civil War.

Now, more than 150 years later, it is poised to become a federal holiday in the U.S., carried on a wave of righteous anger and overdue introspection. The ad industry, too, is seeing new interest in honoring the holiday. Just two years ago, it would have been tough to find an agency that observed Juneteenth in any official capacity.

Like so many other things, 2020 changed that. Last year, in the wake of the resurgence of Black Lives Matter, many agencies gave employees the day off for reflection or cultural activities. While there was some concern it might be a one-off gesture, that doesn’t seem to be the case. Omnicom, BBDO, DDB, The Martin Agency, Mediaocean, Deutsch, Ogilvy, Huge, Endeavor, Dagger and VMLY&R have all permanently added Juneteenth to their holiday calendars (observed on Friday, Jun. 18 since the actual holiday falls on Saturday this year).

But many shops are also programming events, panels and meals to celebrate. Here’s what agencies have planned for this year’s Juneteenth.

On Juneteenth itself, BBDO NY is sponsoring a celebration in Brooklyn’s Fort Greene Park with community group The Lay Out, which has been organizing social justice and anti-racism events. The agency is covering the live DJ set and donating a month of food to One Love Community Fridges, which stocks public grocery sites in Brooklyn.

Atlanta agency Dagger created a short film for The A Pledge calling on other agencies in the city to make diversity a priority. The initiative aims to increase representation at local shops to match the diversity of their home city by 2030.

Fifteen people from Havas, Creative Circus, Dagger, Crown Cultivation Media and other local agencies participated in the filmmaking and testimonials.

In the last year, Dagger also launched six internal DE&I committees to evaluate its practices and create an accountability plan. BIPOC representation increased by 27%—70% in leadership.

Dentsu is creating special Juneteenth episodes of its audio series “More Than That with Gia Peppers,” which features conversations about topics that impact Black listeners, including entertainment, wellness and wealth. The series also addresses inequality in the advertising supply chain.

Timed for Juneteenth, Droga5 is releasing new work for storied Harlem institution The Africa Center. The organization amplifies African history, heritage and influence around the world. Its inaugural brand campaign, “Home is Here,” is directed by Jared Malik Royal and is made to appeal both to Black and African people seeking connection with the diaspora, as well as allies hoping to understand.

On Thursday, June 17 at 2:00 p.m. ET, the holding company is presenting a virtual webinar on the legacy of slavery and the systemic challenges that remain. Imani Perry, Hughes-Rogers Professor of African American Studies at Princeton University, hosts the event, which will also touch on law, culture, storytelling and Black joy.

The agency is hosting a virtual art show on Thursday for all North America employees titled “What Juneteenth Means to Me,” created by young people from The Creative School. Earlier in June, Pulitzer Prize-winner Annette Gordon-Reed spoke with staff about her book “On Juneteenth.”

The agency is launching its first global Black employee resource group, Black Together. Inspired by meetings hosted by Chief Equity and Impact Officer Emily Graham that began in February 2021, the inaugural get-together takes place Thursday, June 17 at 11:30 a.m. ET. The executive leadership team will explain why the new ERG is necessary and how it will work.

Unlike most agencies, The Martin Agency began programming for Juneteenth in 2019, as part of a years-long examination of its diversity practices. While the office is closed, employees are encouraged to support Black artists and businesses or visit a Black history museum or exhibit in Richmond.

The agency hosts its Juneteenth Juke Jam at 11:00 a.m. CT. The event kicks off with Black WPP executives reflecting on the significance of the day and the past year. Panelists include Myron King of VMLY&R, Carol Watson of BCW, Brian Owens of VMLY&R Commerce and LaToya Christian of GroupM, with lawyer and TV host Eboni K. Williams moderating.

Afterward, the Juke Jam features music by Valerie June and KAMAUU, a fireside chat with music producers Jimmy Jam and Terry Lewis and a special performance by Cleveland Thrasher from the VMLY&R Detroit office.

On Friday, the agency is encouraging staff to support local Black-owned businesses, visit African American historical sites or museums or spend the day in volunteer service. The agency will match employee donations to Black-led organizations, and the VMLY&R Foundation is donating to Give Black Week.