Marita Scarfi Out As Organic CEO

Omnicom Group is injecting some new blood atop its digital agency, Organic , to help the shop find its footing and return to growth. 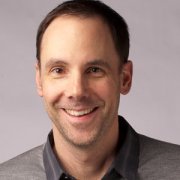 David Shulman
David Shulman, formerly president at WPP's Wunderman, will replace Marita Scarfi as Organic 's CEO in August. Her departure comes after a lengthy run with the company. Ms. Scarfi has been with Organic since 1996, and she served as chief operating officer before being named CEO back in 2010.

While Organic has had a bit of a new-business streak, picking up work from Nike , Visa and Walmart Stores, it has still struggled to grow revenue in the wake of two major client defections -- Chrysler and Bank of America -- during the depths of the recession.

Now the world's second-largest holding company is looking to Mr. Shulman to turn the ship around. "David's combination of client, digital, CRM and global experience is quite an interesting mix for a company like Organic ," said Omnicom Digital CEO Jonathan Nelson, who founded the agency.

Mr. Shulman, 43, in addition to clocking time at WPP's Wunderman, worked at WPP's ill-fated unit dedicated to Dell, Enfatico. Before that he spent time at Digitas and on the client side at Ford Motor Co. He also cofounded a software company in the Ukraine. 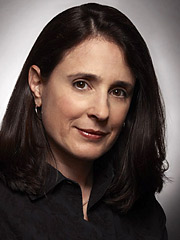 Marita Scarfi
As for Ms. Scarfi, in the short-term, she'll take up consulting. "When I started at Organic , there were 40 people that were creating things that hadn't been created before," she told Ad Age . Based in San Francisco, she plans to work with new companies and startups.

It's been a busy few months for Omnicom on the digital front, as the holding company -- counter to its long-touted strategy of growing digital within its agency brands instead of acquiring standalone digital shops -- has been in talks to acquire global digital shop LBi.

Those talks come as rivals WPP and Publicis Groupe have continued to up the ante with their digital investments. While Omnicom continues to grow and meet financial goals, it lacks healthy digital-only brands, especially considering Tribal DDB and Organic are shrinking.

In recent years, Omnicom has pioneered an integration strategy to inject digital thinking into its core agency brands TBWA, DDB and BBDO. Even though Andrew Robertson, president-CEO of BBDO, figured heavily into the hire of Mr. Shulman, there's still no sign Organic will be integrated with that network.

"If we were about to merge [Organic ] with Proximity or BBDO, we wouldn't be investing in big talent right now," Mr. Nelson said. "Investing in David shows our investment in the strategy."