Obsidianworks expands its capacity—and its ambitions—with a new deal
READ THIS NEXT
Women are rising at agencies, but is it enough? 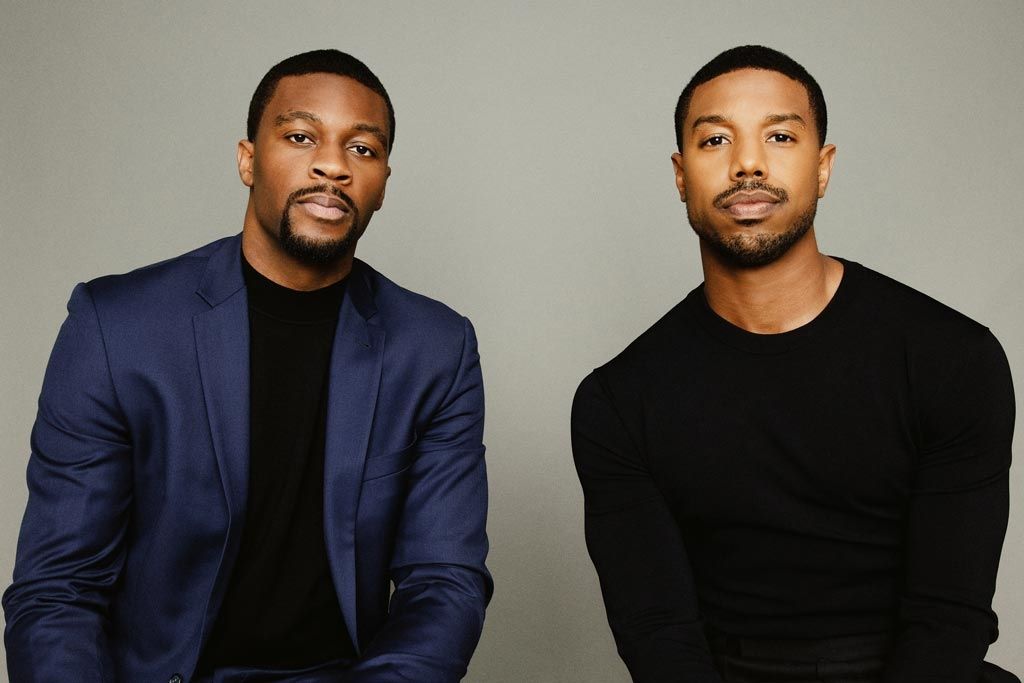 Chad Easterling and Michael B. Jordan.

Obsidianworks, the marketing agency co-founded by actor Michael B. Jordan, is greatly expanding its capabilities through a new partnership with 160over90, which will give it access to the Endeavor-owned agency’s creative, social, PR and administrative resources. Jordan has been represented for 8 years by entertainment agency WME, also part of the Endeavor network.

The four-person Black-owned and run shop has quietly been building momentum over the last year with project-based work for Piaget and the Academy of Motion Picture Arts and Sciences, and as multicultural agency for Coach tasked with growing the menswear business. Obsidianworks also provided creative consulting for Amazon Alexa’s Super Bowl spot, which starred Jordan as the AI assistant’s physical form. But its move to increase capacity was spurred by a societal shift.

“Obviously this past year everything kind of came to a head, culturally speaking, and we saw a lot of brands follow suit, not wanting to be left out of the conversation, not wanting to be caught not doing anything,” Jordan says. “That fell perfectly into our agenda in the sense of: What can we add value to? What can we bring to the table? How can we be authentic? How can we help brands speak to us and not at us?”

The agency’s name refers to the volcanic rock, uniquely formed from the intersection of water and lava, sharp and purposeful. In addition to Jordan, who is executive chairman, the agency consists of Co-founder and Managing Partner Chad Easterling, who spent 11 years in marketing at Nike; Chief Impact Officer René Spellman, formerly an executive at CAA and deputy campaign manager for Bernie Sanders’ presidential campaign; and Chief Strategy Officer Bobby Moore III.

Easterling embraces the label of “multicultural” agency, though he says the shop isn’t bound by it. “It goes back to being able to provide brands with a point of view and a perspective that they haven't heard, haven't thought about yet,” he says. “And oftentimes, the only way that you can provide that type of perspective is by being in those conversations to create the strategy, to create the narrative, to create that story.”

Spellman, fresh off a year of stumping for progressive politics, sees the company as mission-driven. "Creativity has always been the driving beat to opening people’s hearts and minds to the world we want to see," she says. "It’s exciting to help transform this crucial moment that brands are facing into real solutions powered by—not sourced from—the culture, and to empower unheard voices through the marketing platforms of the world’s most impactful brands and talent."

Jordan has spent several years moving out from in front of the camera. He already has a production company, Outlier Society, and he makes his directorial debut next year with “Creed III.” It was his time in entertainment that pushed him toward content creation.

“Eventually you do something for long enough, you start to look at other things, and you look at the entire system as a whole, not as this granular thing. And for me, my palate was changing over the years, wanting to step behind the camera,” he says. “A lot of time that I spent with Peter Berg and Jason Katims, around the ‘Friday Night Lights’ crew and ‘Parenthood’ crew, those conversations around ownership and creating IP and taking control of your destiny as best you can. And then also being in a position to create things and to produce and make things, it was just the next step, the next chapter for me.”

It is the many-faceted nature of Obsidianworks’ principals that drew 160over90 to the partnership, according to agency President Ed Horne. “The people that we bring into 160over90, we like to think of them as multi-hyphenates—they cross over into different areas of culture. Well, the ultimate multihyphenates are Mike and Chad,” he says. “These are all things that brands need to understand and need to get perspective from. But it's that authentic voice, the ability to talk to those communities in ways that is really missing, and we're excited to be able to bring it forward.”