Why Buy Sapient? Publicis Wants to Compete with Digital Media and Consultancies

During Media Call, Levy Also Hits Back at Sorrell, Noting His Talent for Disdain and Hatred
READ THIS NEXT
Dave Rolfe lands at WPP as global head of production

Publicis Groupe paid more than a 40% premium for Sapient Corp. at $25 per share. It's a move that the French holding company hopes will better position it to compete not only with its own competitors but also consultancies and digital media firms, said Publicis CEO Maurice Levy during a call with the media this morning.

The call followed an announcement that the French holding company giant would acquire Boston-based digital network Sapient Corp. for $3.7 billion in an all-cash transaction.

"[Consultancies] are entering our territory with some offerings which are respectable," said Mr. Levy. "We are competing and sometimes we are also collaborating." He referred to an example in which Publicis' DigitasLBi pitched for business against Accenture, and then shared another "funny case" in which Accenture is helping Publicis implement an SAP product. "There are a lot of areas where the lines are blurred. We don't know -- is it a supplier, client or competitor?"

The lines are especially blurred on the digital-media front, where companies like Facebook and Google serve as top vendors for Publicis, but they're also looking more like competitors. "We're extremely proud to partner with them and know that sometimes they're offering services directly to some of our clients," he said of the digital media giants. "The new world is much more complicated than the former world and we have to prepare for that world. We believe the addition of Sapient will help us to move forward at the much higher speed of what we do today and bring together clients' total solutions." 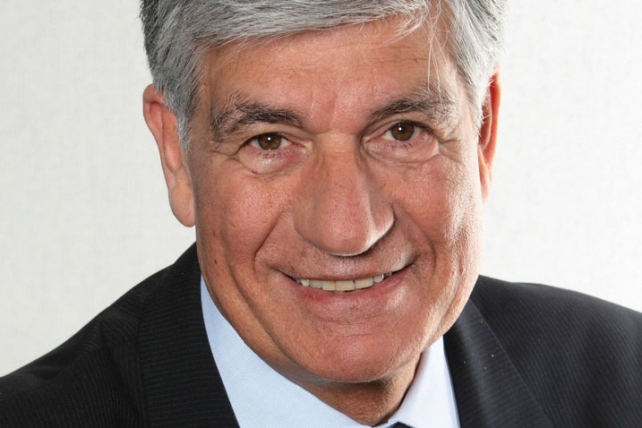 He also went on the defensive. In response to WPP CEO Martin Sorrell's comment that Publicis Groupe's latest acquisition of Sapient "looks like the behavior of a jilted lover," Mr. Levy said on the call: "I didn't know Sir Martin knew anything about love. I don't believe it is [his] area of expertise. If it is about disdain, hatred, that's an area where he has a lot of talent. When it comes to love he should leave that to the French."

Mr. Sorrell's comment referred to the failure of what would have been a $35 billion merger between Publicis and Omnicom.

Although Mr. Levy disputes Mr. Sorrell's claims, he implied that the failed merger helped catapult the deal. He had been in talks with Sapient CEO Alan Herrick over two years earlier, laying out the strategy of a potential deal, rather than a firm proposal or pricing. It wasn't until after the collapse of the merger with Omnicom that the two traded emails and met up in August to "reopen the conversation where we left it a few months ago."

"I came with an idea which was broader than what I had so far with the idea of Publicis.Sapient." The idea was to bring all Publicis digital agency networks together with Sapient's digital agency services group SapientNitro, as well as the global markets and governmental tech services to build a "powerhouse," he said. "When it was clear that this was of some interest we only then started to speak about share price."

The "package" would include joint services helping clients reshape their organizational structure to position for new kinds of consumer interactions and purchasing behaviors, added Mr. Herrick.

Mr. Levy said that there will be no layoffs when the deal closes. Rather, the acquisition creates another layer of management for Publicis' digital agency operations. Sapient will become Publicis.Sapient and serve as an umbrella group over the DigitasLBi and Razorfish Global agency networks. It means that Razorfish Global CEO Tom Adamski and DigitasLBi Global CEO Luke Taylor will report to Sapient's Mr. Herrick instead of directly to Mr. Levy.