Sonic looks for new agency after eight years with Goodby 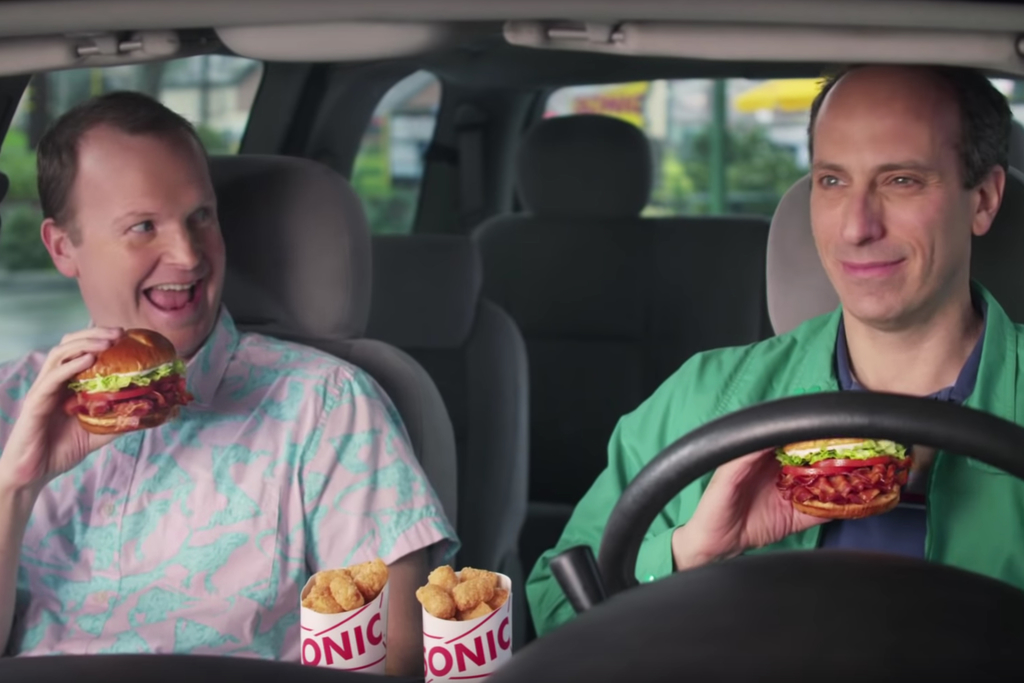 The restaurant chain says GS&P won’t be participating in the closed review for its creative account, which it hopes to wrap up this summer.

“We have had a tremendous relationship with Goodby and just a really successful eight-year run,” says Lori Abou Habib, chief marketing officer at Sonic.

Both parties called the breakup mutual. While the chain is parting ways with the agency, it plans to keep the “two guys” campaign storylines that have been part of its marketing for years, even before it began working with GS&P in 2011.

Soon after GS&P was hired it brought back the two guys, characters played by comics Peter Grosz and T.J. Jagodowski, whose often improvised commercials began under the chain’s prior agency, Barkley. In 2018, a new duo of Jane Krakowski and Ellie Kemper were featured in some of the chain's ads. More recently, the two guys have returned and their comical conversations have been highlighting products such as ice cream cookie sandwiches.

Over the last 18 months, Sonic has been looking at refining its brand positioning, says Abou Habib. The company wants to deepen its connections with its diners, who often see a visit to a Sonic drive-in for products such as burgers, shake and ice cream as a reward.

“We’ve mutually decided to part ways with Sonic,” says Leslie Barrett, managing partner, GS&P. “Their business is thriving, and we’re proud of what we’ve accomplished together over the past eight years. We wish them well in this next chapter.”

Sonic is working with Joanne Davis Consulting on the review. Abou Habib notes that Davis also worked on the review when Sonic hired Goodby, and that Inspire Brands, which acquired Sonic in December, works with her company as well.

GS&P won the creative account in 2011. Before that, Sonic worked with Barkley for 17 years.