Lynn Lewis replaces Kasha Cacy, who departed UM to run Engine as global CEO earlier this year
READ THIS NEXT
Agencies of the future may be unrecognizable—that’s a good thing 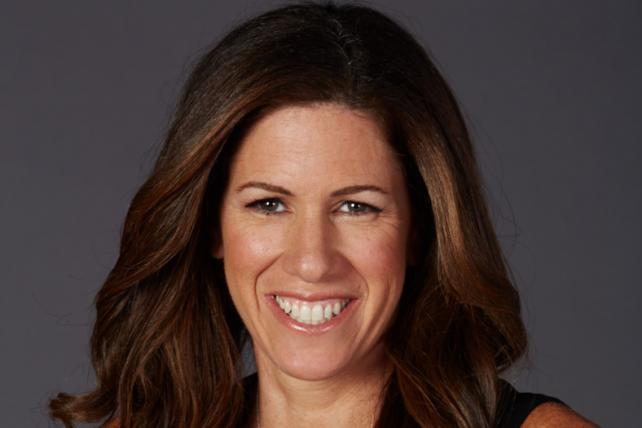 UM is tapping Lynn Lewis, who was most recently East Coast president and global CMO for the Interpublic Group of Cos.-owned media agency, to fill the role of U.S. CEO.

Lewis takes over for Kasha Cacy, who announced in August she was departing to join marketing solutions company Engine as its global CEO.

Before joining UM in 2003, Lewis spent a decade at McCann Erickson working as an account director for clients including L'Oréal, Black & Decker and Coca-Cola.

"It was not the normal path that somebody would go from creative to media, " Lewis told Ad Age regarding her move to UM. "Now, you see it all the time," she said, citing executives like John Osborn, who last year departed his role as CEO of BBDO New York to become the U.S. CEO for OMD, the Omnicom Media Group-owned media agency.

Lewis previously helped build and run J3, UM's dedicated media unit for Johnson & Johnson, and formerly was the global managing partner on Sony for the agency. "I jokingly say I bleed red," she says, referring to the agency's signature color.

She steps into the role at the end of a strong year for the agency: The shop in 2018 has notched wins including Quicken Loans, AmEx, Columbia Sportswear and SharkNinja. UM parent IPG also recently closed the acquisition of Acxiom's Marketing Solutions unit, which Lewis says will help "turbocharge" the agency's innovation roadmap.

In addition to building on that momentum, Lewis says one priority will be to continue efforts to promote diversity inside the agency's walls and in the industry more broadly. UM has committed to having an employee base by 2020 in the U.S. that reflects the projected demographics of the country's population in 2040, she says.

In a statement, UM's global CEO Daryl Lee called Lewis "a homegrown leader who has built a loyal following at UM based on her unparalleled client partnership, strategic marketing savvy and amazing ability to build and inspire high-performance teams."