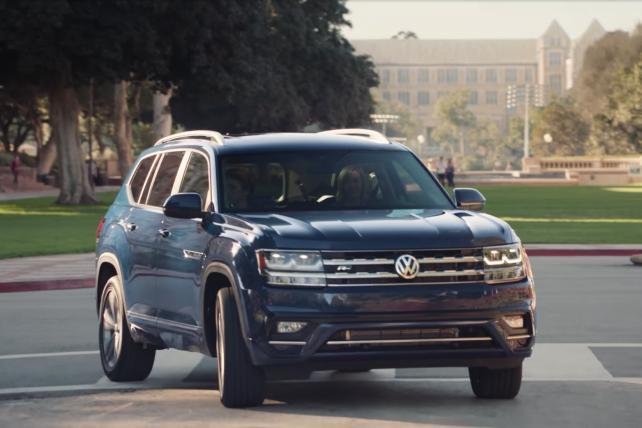 Three months after WPP won Volkswagen's North American business, the carmaker has named Johannes Leonardo the lead agency on the account, even though the shop is not majority-owned by WPP.

Although the 12-year-old Johannes Leonardo is taking the helm, a network of WPP specialist agencies will cover other functions including data intelligence, the brand website and retail. The group will be based in New York, where Johannes Leonardo has its headquarters.

"Teaming up with the best minds from Johannes Leonardo—and the creation of this U.S. powerhouse—transforms our marketing approach through a combination of creative excellence and data-driven intelligence," said Scott Keogh, CEO of Volkswagen Group of America, in a statement, adding that it "is a crucial step in ensuring our future success."

WPP won the auto brand's creative account in November, following a seven-month global agency review. Volkswagen had worked for nearly a decade with Interpublic's Deutsch. Volkswagen is the 61st-largest advertiser in the U.S. with $746 million in 2017 spending on brands including Audi, Volkswagen spent $415 million on VW in 2017, according to Ad Age's Datacenter.

The appointment follows the news earlier this month that Johannes Leonardo had recently bought more of itself back from WPP, reducing the holding company's stake from 49 percent to 25 percent in late 2018. WPP first took a stake in Johannes Leonardo in 2007.

A spokeswoman at the agency says that as Johannes Leonardo was never majority-owned by WPP, the buyback will have no effect on the new Volkswagen assignment. Representatives from WPP and Volkswagen did not return a request for comment on the incongruity.

Following its emissions scandal four years ago, Volkswagen is fine-tuning its marketing strategy and has a host of changes ahead. The company is expected to reveal a new brand look this spring and has been dedicated to more personalized marketing from the brand itself, rather than from its network of dealers. VW is also making its website a key focus. On the product side, the automaker is following consumer demand for larger vehicles with its new Atlas Cross Sport mid-size SUV; Volkswagen will also unveil a small-footprint crossover SUV in 2020, the company said.