READ THIS NEXT
Opinion: Will Sorrell's exit help creativity regain center stage?
The biggest beer marketers were in some ways the unconscious architects of their own doom, writes Vinny Warren, co-founder of The Escape Pod. He previously worked on brands including Budweiser at DDB.
Credit: Illustration by Edward Ubiera

It was originally Prohibition that produced the uniquely weird landscape of American beer today. It wasn't the result of evil corporate collusion between the big brewers. It was just the way things turned out.

Prohibition killed off the vast majority of the smaller regional brewers. Only the biggest brewers had the resources to come roaring back after a 13-year ban on beer production. Thus Anheuser-Busch, Coors Brewing and Miller Brewing could begin retraining American taste buds in favor of their light lager beers.

They were aided by newcomers familiar with the genre. "Lighter styles like lagers and pilsners began to squeeze heavier ales out of the market, thanks in large part to the influx of German immigrants ... who brought their country's penchant for the pilsner to America," Natasha Geiling wrote for Smithsonian magazine in an exploration of American brewing.

But TV advertising was the big brewers' magic bullet. Beginning in the 1970s, every TV sport in America was suddenly sponsored by Miller or A-B.

The beer industry spent 40 years and billions of dollars selling Americans on the idea that the lighter the beer (and the fewer calories it contained) the better.

Then along came a generation (ahem, millennials) that embraced this "lighter" idea so much they took it a step further. "You know what's really light and low in calories? Vodka and soda!" And you just look more sophisticated and smooth holding an ice-filled glass tumbler with a slice of lime. You just do. (Tito's Handmade Vodka is now the top-selling liquor at U.S. stores­­—ahead of Jack Daniel's Black Label—without a dollar of TV advertising.)

So, in a very real sense, the beer behemoths were the unconscious architects of their own doom.

Back to the future
Simultaneously, the nascent American craft beer industry was finally getting itself together and starting to pump out a dizzying array of awesome new tastes. The American beer palate was going back to its pre-Prohibition state.

So, arguably, the recent upheaval in the industry isn't so much a revolution as a return to the natural state of things.

It was anomalous that all the top-selling beers in the U.S. were light watery lagers—essentially the same drink, over and over. Now IPA is here to stay.

Anheuser-Busch InBev has come out with a limited-run version of Budweiser called 1933 Repeal Reserve Amber Lager, saying the recipe is based on a pre-Prohibition formula. A few years ago, MillerCoors marketed a Batch 19 "Pre-Prohibition Style" lager.

There will be no turning back the clock to the mid-'90s.

If I were the CMO of one of the bigger domestic brews in 2017, it seems to me I would have two choices:

1. Create advertising that makes my brand feel relevant to young drinkers: The alcohol industry is about recruitment. Younger drinkers drink more and they are more open to suggestion. When I worked on Budweiser, our "Wassup!" campaign reversed a decade-long slide in sales simply by making the brand front and center in popular culture and in the minds of young drinkers.

2. Focus on the foreign market: The problem with being a ginormous domestic premium lager is that you're just not special. You can't be. You're just too familiar and mundane. But you know where you are special? Everywhere but the U.S.

My family and I vacation on the idyllic Caribbean isle of St. Maarten. This place is always awash with Coors Light signage and advertising. They're everywhere. And it works.

Ice-cold watery lager is damn refreshing when it's 90 degrees. Cheers! 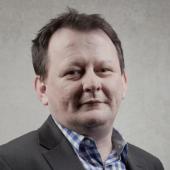 Vinny Warren
Vinny Warren is executive creative director and co-founder of The Escape Pod. He previously worked on brands including Budweiser at DDB.
Follow View all articles by this author