What Brands Can Learn From the Psychology of Politics

Psychology-Driven Marketing Is Critical to Politics As Well As to Advertising
READ THIS NEXT
Opinion: Will Sorrell's exit help creativity regain center stage?

The presidential election is one of the most spirited we have seen in decades, with two unprecedented candidates. When viewed through the prism of psychology, the dynamics of the race and politics in general become even more interesting in how they affect voters.

The reality is that politics is marketing. Candidates are marketing themselves to the population. The difference is that with politics there is a very bright-line scorecard (actual voting) and very frequent data updates (polling) that can give marketers quick, pertinent feedback on the effects of their efforts. There are many psychological marketing lessons that apply to both areas that play out in today's races.

Political watchers have noted that the views of voters aren't changing nearly as much as they have historically. Voters tend to identify with one political party and, at least in the last few elections, stick with that party when they vote. One of the most overlooked reasons for this phenomenon is the internet, and specifically social media.

You may wonder how social media affects our voting habits. The roots lie in a psychological phenomenon -- the consistency principle. The consistency principle notes that when we make a public statement, our brains will rewire our behavior to be in alignment with that statement. Let that sink in for a minute -- if you say something out loud, or write it in a public forum of any sort, it affects your future beliefs and actions.

The most public forum for expressing oneself is social media. It represents a person's entire universe of people they care about. This means any commentary on social media has a powerful effect. And social media makes it easy to express oneself. With the single mouse click, you can follow a candidate, "like" a post, "share" content, or comment on someone else's post. It's remarkably easy to express oneself publicly, and thus psychologically commit to a position.

Once people have made a decision, they self-reinforce that decision by seeking out information that confirms what they believe, a phenomenon called the "confirmation bias." Again, this is dramatically easier in our digital age. Every point of view has a corresponding website, message board and social media group to reinforce that belief. Conversely, people actively avoid and ignore information that conflicts with their beliefs. This is a major reason it is critical to shape opinions early by defining yourself and your opponent. Those beliefs tend to be sticky and lasting.

It is possible to get people to change their beliefs. However, it doesn't work like most people think it works.

To alter someone's opinion, most people present facts and logical arguments to persuade the person. The reality is that this is actually one of the least effective ways to change beliefs, unless someone is both open-minded and highly engaged.

Smarter strategies appeal to automated, non-rational drivers, what psychologists would call "system-one" appeals. For instance, emotional appeals are an effective way to change beliefs, particularly when they are manifested in the positioning of a candidate.

Examples of the emotional-appeal strategy are abundant in politics. "Morning Again in America," "Kinder, Gentler Nation," "Shining City on a Hill," and "Yes We Can!" are all successful manifestations of positive emotion positioning. Such positioning typically has a stronger effect because of the cognitive dissonance associated with negative thoughts. People typically don't like thinking about negative things unless they have to, so negative messaging doesn't work as well in changing opinions. That's not to say that it doesn't work, it's just that it has a weaker effect than positive-driven campaigns, typically relying on existing fears.

There are numerous other non-rational ways to affect the opinions of voters. For example, the social proof principle, where people look to see how other people similar to themselves are making decisions, can be a strong driver to change opinions. This can have an effect both regionally and nationally. It can also be the reason that someone with a lead can suddenly seem to crush his or her opponent on voting day, as people flock to the candidate with a significant lead, simply because others are doing so.

The authority principle, where people take disproportionate guidance from those they deem to be in positions of authority or knowledge, has an effect in politics. It's one of the reasons that candidates seek endorsements from other politicians and famous people.

People simply don't apply deep, system-two thinking to their choices of political candidate. Decision-making doesn't work like most people think it works. This is no different from how purchase decisions are made. As a result, psychology-driven marketing, employing a focus on the dozens of system-one drivers, is critical in politics, just as it is in advertising products and services. 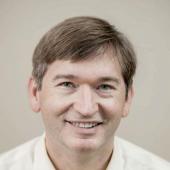