What Brands Need to Know About Marketing to LGBTQ Audiences

Six Lessons for Marketers to Engage with the LGBTQ Community
READ THIS NEXT
Opinion: Will Sorrell's exit help creativity regain center stage?

It's been one year since the U.S. Supreme Court's historic ruling on marriage equality and the outpouring of popular support around it. At the same time, LGBTQ (lesbian, gay, bisexual, transgender, queer) rights are under fire in a number of states like North Carolina and Mississippi, with proposed discriminatory legislation in Georgia recently vetoed only after businesses stepped in to protest it.

With the anniversary of a celebrated decision taking place against the backdrop of ongoing LGBTQ-rights battles, what are the lessons in the current climate for marketers? What can we glean from the past year as we head into Pride Month and beyond, knowing that there's widespread acceptance of LGBTQ individuals, along with still-lingering prejudice?

More brands began including gay and lesbian visibility in general market ads in the weeks leading up to the court's ruling and months that followed. Corporate mentality went from, "We're not ready for gay marketing" to "We don't want to be left behind." Some brands featured transgender men and women in their advertising, breaking ground in the industry.

And CEOs became activists, with leaders such as Tim Cook of Apple, Howard Schultz of Starbucks and Mark Zuckerberg of Facebook speaking out forcefully on full equality for LGBTQ people. Their influence can't be understated and it speaks to their strong corporate values.

While a number of marketers are investing in this new opportunity, both through targeted marketing and inclusive general market creative, some are falling behind. If you haven't yet engaged with LGBTQ audiences, here's what you need to know right now to take your first steps:

1. Go for it. The list is long (and continuing to lengthen) of brands that have created successful and impactful campaigns that drive ROI, including Honey Maid, Tiffany & Co., Cheerios, Microsoft, Wells Fargo and Hallmark, among many others. LGBTQ consumers are not a fad. The market has staying power -- it's not here today, gone tomorrow. And despite the rush, there will always be a place for authentic marketing that connects with LGBTQ consumers. Don't be shy about jumping in with appropriate well-crafted messages.

2. Don't generalize. Achieving greater legal equality does not mean losing what makes a community special, different and unique. LGBTQ consumers are not "just like everybody else." You need to connect on things like culture, interests and passions, and these insights are found through research and specialists who know the market. Understand that it's a market segment no different from multi-faceted Hispanic and African-American communities.

3. Go deep with target marketing. While well intentioned, a total marketing approach likely does not hold all the answers when it comes to driving LGBTQ sales, share, equity and word of mouth. The risk is that it's just too broad. Including a gay couple in a 15-second general market TV ad is not the same as targeted marketing. Get involved at the segment level and don't sacrifice efficiency for effectiveness.

4. Be bold. Companies as varied as Nikon, Ikea, Chobani and Campbell's are using LGBTQ people in their general market advertising, particularly in campaigns that reach millennials and Gen Z. These general market consumers are looking for progressive brands that embrace diversity, and nothing telegraphs "modern family" more than LGBTQs. In doing so, you'll be following the successful leads of brands like Starwood, Tylenol and Johnson's Baby.

5. Prep for the haters. Internet trolls are a reality, and companies need to be ready for online rants and hateful posts. Case in point: Old Navy's recent tour-de-force in combatting racist comments about its ad featuring an interracial family. Don't be surprised but keep things in perspective. A few angry voices from people who do not share your corporate values are not representative of public sentiment. In all the recent cases that we know of and follow, positive reactions substantially outweigh any negative.

6. Get your own house in order. Brands do not have a right to profit from LGBTQ consumers without supporting full equality for LGBTQ people. Full stop. Fortunately, more Fortune 500 companies than ever before have good to excellent workplace policies. And some are doing far more than just walking the walk. They are talking the talk by publicly speaking out against discriminatory legislation as PayPal, Lionsgate Entertainment, Tyson Foods, Nissan and others have done recently in North Carolina, Mississippi, Indiana, Georgia and elsewhere.

Creating successful campaigns aimed at the LGBTQ community lies in both the understanding of the consumer groups and the execution of the advertising itself. These guidelines provide a solid foundation for getting started, but keep educating yourselves as marketers -- do research, speak to experts, stay current on news developments. Study the campaigns that work. And by all means, get in the game. 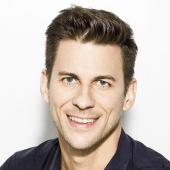 Matt Tumminello
Matt Tumminello is president of Target 10, an agency specializing in LGBTQ consumers.
Follow View all articles by this author