How Should Coke Face the Sugar Challenge? Get Rid of It | Ad Age
Skip to main content

How Should Coke Face the Sugar Challenge? Get Rid of It

You don't get to be 126 years old and the world's most-valuable brand without making some major changes along the way.

Over the years, Coca-Cola faced a number of challenges, including its latest challenge, "sugar." According to Advertising Age, sugar is becoming "Public Enemy No.1." As noted, "It's blamed for obesity and even termed toxic. A new book claims it's addictive. Beware, marketers: Sugar may be the next regulatory target." 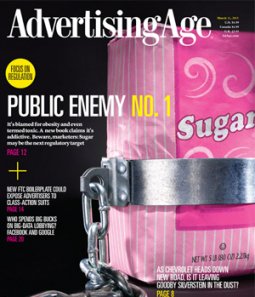 Before commenting on the sugar crisis, let's take a look at how Coca-Cola dealt with some of its other challenges.

The firs-ever label for the Coca-Cola syrup said in part: "This intellectual beverage and temperance drink contains the valuable tonic and nerve stimulant properties of the Coca plant and Cola nuts . . . a valuable brain tonic and a cure for all nervous affections: sick head-ache, neuralgia, hysteria, melancholy, etc."

Nine years after its launch, Frank Robinson, the man who came up with the Coca-Cola name and the Spencerian-script trademark, had an brilliant insight. "We found that we were advertising to the few when we ought to advertise to the masses."

Four years later, two Chattanooga lawyers showed up in the office of Asa Candler, who had taken control of the company from founder John Pemberton. They wanted to buy exclusive rights to bottle the beverage. And Candler sold it to them . . . for the sum of one dollar.

A bad bargain? Not necessarily. The two lawyers divided the country between them and diligently recruited talented individuals to set up Coca-Cola bottling companies. Twenty-nine years later, there were 1,263 bottlers covering the country, the year bottled Coca-Cola outsold fountain sales for the first time.

Without this bottler network, it's possible that Coca-Cola would not have become the powerful brand it is today.

Before the arrival of the 20th century, cocaine was touted as the world's newest wonder drug, a cure for almost everything. One of its biggest supporters was Sigmund Freud, who wrote an article entitled Uber Coca, "a song of praise to this magical substance."

Fortunately, wiser heads at Coca-Cola prevailed and four years after making the bottler deal, Coca-Coca removed cocaine from the formula, substituting caffeine instead.

With hundreds of bottlers selling Coca-Cola around the country, there was no uniformity in how the product looked. There were many different bottle designs.

So Coca-Cola held a contest to design a bottle that could be recognized in the dark. The winner produced the world's most-famous package designs, the contour bottle.

Even today, its iconic bottle is one of Coke's best attributes.

There was one problem with the contour bottle: It held only 6.5 ounces. But strange as it might seem, it took Pepsi-Cola 23 years to exploit this weakness.

But exploit it, the company did, with a 1939 radio jingle that greatly increased the challenger's sales. "Pepsi-Cola hits the spot. Twelve full ounces, that's a lot. Twice as much for a nickel, too. Pepsi-Cola is the drink for you."

As the years rolled by, Coca-Cola's market share slowly eroded. But it took 16 years for Coke to respond to the Pepsi challenge by introducing larger bottles and another five years before introducing a 12-oz. can, today's dominant cola package.

Tab vs. Diet Pepsi. You might think a line extension of a famous name (Pepsi-Cola) would outsell a new name with little or no meaning (Tab.) Not so.

So then why would Coca-Cola introduce Diet Coke when it already had the leading diet-cola brand? As it turns out, Diet Coke could be one of its best-ever decisions.

Seven years before the launch of Diet Coke, Pepsi shocked the folks in Atlanta with its "Pepsi Challenge" advertising campaign.

What was even more shocking was that Coca-Cola's own taste tests showed consumers preferred the taste of Pepsi 58 to 42 over Coke.

The Coca-Cola response, of course, was New Coke.

"This is our surest move ever." That's what CEO Roberto Goizueta said when the company launched New Coke. And he had reason to be super confident. In 190,000 blind taste tests, New Coke won 53 to 47 over Pepsi. And 55 to 45 over regular Coke.

And when both formulas were identified, New Coke's lead was even greater: 61 to 39 over regular Coke.

What went wrong? It wasn't because Coca-Cola changed the formula. Research showed that consumers approved the change.

It was because of social pressure created by the media who hammered Coca-Cola on two issues: (1) Why did you change the formula? and (2) Was it because Pepsi tastes better than Coke?

Three years after the New Coke debacle, per-capita consumption of carbonated soft drinks (mostly colas) reached its all-time high. Since then, it has declined every year for 14 years in a row. On average, a decline of 1.5% a year. (About the same rate as the decline in smoking.)

What should Coca-Cola do?

The company should take its sugared colas off the market, drop the "Diet" name from its diet cola and market that as "Coca-Cola: The real thing without the calories."

What will Coca-Cola do?

If the company is customer-oriented, it will do nothing. It's customers who are leading the country into obesity. Not companies. When you're customer-focused, you cannot lead. The customer leads. You follow.

The customer is king, goes the thinking, so companies direct their marketing efforts at individuals when often the best target is society at large.

If Coca-Cola did as suggested, media would hammer PepsiCo management with two questions: (1) Why are you continuing to sell sugared colas? and (2) Why don't you make the switch like Coca-Cola did?

Marketing is like tennis or any other sport. If your opponent loses, you win. And vice versa.

Years ago, smoking was considered a mark of a "sophisticated" person. Not today. Social pressure has turned smoking into the mark of a "stupid" person.

Coca-Cola is a powerful brand. It easily withstood the substitution of high-fructose corn syrup for cane sugar. And it can easily withstand the loss of corn syrup. This is especially true today because of the availability of newer, better-tasting non-caloric sweeteners like sucralose, stevia and monk fruit.

Perhaps Coca-Cola could launch a challenge of its own.

"Would you rather have high-fructose corn syrup in your cola or Splenda?"

Note: For many of the facts in this article, I'm indebted to Mark Pendergrast, author of the excellent book, "For God, Country and Coca-Cola."

ABOUT THE AUTHOR
Al Ries is chairman of Ries & Ries, an Atlanta-based marketing strategy firm he runs with his daughter Laura.