Behind the Work: Old Spice Responses

For the past two days, Old Spice's The Man Your Man Could Smell Like, aka Isaiah Mustafa, has become the king of the social media space, charming the general public, bloggers and journalists with his gravelly baritone, spectacular abs and convoluted wordplay, delivering tailor-made video responses to

TMYMCSL's online fanbase. Creativity checked in with members of the Wieden + Kennedy, Portland team behind the massive project�Creative Director Jason Bagley, Digital Strategist Josh Millrod and Interactive Producer Ann-Marie Harbour�to find out how the agency achieved what's shaping up to be the social media play of the year.

How did you come up with this idea for Isaiah to respond directly to Old Spice fans?

Jason Bagley: It was a genius idea that came entirely from the mind of Iain Tait. Eric Baldwin, Iain and I were sitting around trying to think of how to capitalize on all the YouTube traffic we knew we'd be getting when the new Old Spice spots launched and Iain threw out the idea of having Isaiah Mustafa in a room for a few days making video responses to people's YouTube comments. The only credit Baldwin and I can take is that he was looking at our faces when he said it. Also, our boss Mark Fitzloff said it was a great idea and would like that mentioned in this article.

What was involved in the prep on this shoot? Did you have any videos prepared ahead of time? How did Isaiah prep for this?

Bagley: There was a ton of prep, and very little time to do it in. Once we had the idea and got our client's support, it took the whole Old Spice team to figure it out and pull it off.

Our interactive producer Ann-Marie Harbour was amazing. She figured out the best format and how to pull off the production. The idea became bigger than just YouTube. We figured out how to extend it across Facebook, Twitter, blogs�everything. One of the critical things that helped us pull it off was a custom program Trent Johnson in our Interactive department created. It automatically uploaded people's comments from Twitter, YouTube, Facebook and everywhere else, and then allowed us to write responses to the comments and upload them directly to a teleprompter. The day before we launched the videos we made a few video responses so we would have some when we went live, but most of them were written and shot on the fly after we went live. Isaiah's only preparation was being awesome, punching sharks and pumping mass loads of weights.

Clearly, from observing the posts throughout the day, you were doing a lot of this on the fly. How did you select who you would respond to? Can you talk about the writing/creative process?

Bagley: We had a kind of NASA control center about 15 feet away from Isaiah at two different tables. At one table were Josh Millrod, Dean McBeth and Cody Corona, interactive community managers and digital strategists who were going through all the comments and monitoring all web activity. They were selecting the comments to respond to. Baldwin, Eric Kallman, Craig Allen and I sat at another table furiously writing the responses. We would pass our computers back and forth to one another checking one another's work and adding jokes to one another's copy. The four of us took turns directing. In another room was a team of editors cranking out everything we shot. Not to mention the entire production crew of camera, lighting, teleprompter worker person, etc.

Production-wise, what were the toughest challenges/obstacles? Who directed/edited? How did you set up the props? Where did this all go down? How long did you shoot for, how many responses did you do?

Bagley: Eric Baldwin, Craig Allen and Eric Kallman and I took turns directing. We had a big table of props to use nearby. It all happened at a studio in Portland, Oregon. We shot for three days. We're on our third day, but so far we have over 150 video responses.

Seeding�what was your strategy with this? Any plans to use any of the videos created for broadcast?

Josh Millrod: Typically, seeding strategies depend on activating "influencers" like bloggers, celebs and news outlets. Instead, we focused on activating communities. We knew that Digg Founder Kevin Rose was sick so we made a get-well video for him and posted it on Digg with the title "Get Well, Kevin Rose! Sincerely, The Old Spice Man (Video)" to tap into Digg's passionate community. The video became the top content on Digg yesterday with over 5,000 Diggs.

Next, we created a call for comments on Reddit and posted a time-stamped picture of Isaiah saying hi to Reddit. To activate the community, we tapped into their long-standing rivalry with Digg by posting the video we created for Kevin Rose. Submissions started flooding in and we quickly gained the first and second spots on Reddit's homepage where the pic of Isaiah and the submission thread stayed all day. 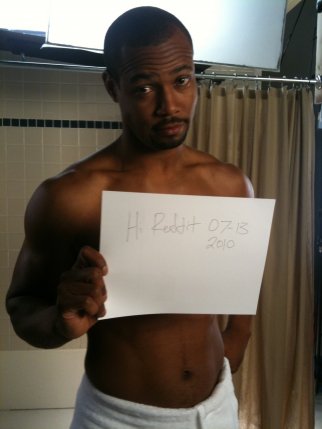 We also tapped into the large and influential "Anonymous," which is widely considered the governing body of the Internet. They are generally wary of brands, but we knew that they were fans and the video we created for them got more than 90,000 views in one day and almost 4,000 likes on YouTube and less than 100 dislikes making us the first brand to ever effectively activate this community.

Finally, we created videos for traditional influencers who were relevant to these communities and posted the videos on their blogs and @replied to them on Twitter. All of these tactics combined helped us activate large communities and drum up buzz before we even rolled out 10 videos.

At this time, we have no plans to run the videos on TV.

How did Isaiah Mustafa maintain his stamina through it all? He doesn't seem to break a sweat. . .

Bagley: Isaiah maintained his stamina by drinking eagle's blood and sleeping in between words. He was amazing.

Any mishaps or interesting anecdotes/outtakes from the shoot?

If you were to do this all over again, would you do anything differently?

Bagley: No. It's a credit to the producers and the whole team how flawlessly everything has worked.

Ann-Marie Harbour: Not yet, still in shock on how well it's gone. Pretty amazing. 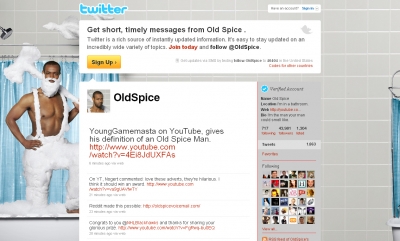