In the context of midterm elections, 2022 turned out to be a record spending year. Though despite the hopes of ad sellers, it was not larger than the 2020 presidential year according to CMAG-monitored media.

Knowing it would be difficult to recreate the conditions that swept 2020 into the record books, Kantar/CMAG initially forecast a 2022 figure near $8 billion.

Anyone that bought or sold political ads cannot be disappointed by what transpired this year: $8.2 billion in total ad spend in our tracked media.

There was nearly $16 billion raised in contributions this year. Usually, around 60% of that figure is dedicated to advertising, meaning there was around $9.5 billion in total advertising for this cycle.

Broadcast TV led the pack in tracked media with a total of $4.3 billion vs. $3 billion in the previous midterm cycle four years ago; cable/satellite weighed in at $1.4 billion vs. $1.2 billion in 2018; streaming hit the $1 billion mark for the first time and is well positioned to keep growing rapidly; Google and Facebook brought in $1.2 billion; and radio received $300 million.

Breakdown by party, props and races

In Senate races, five contests topped the $100 million mark in the general election: Georgia ($200 million), Pennsylvania ($163 million), Nevada ($121 million), Arizona ($112 million) and Wisconsin ($107 million). Ohio and North Carolina fell just below $80 million each, and the Georgia runoff added more than $70 million in new spending to that race. Among Senate candidates, Georgia Sen. Raphael Warnock was a fundraising juggernaut, and his $71 million (between the general and runoff) was the most money spent by any candidate in 2022. (Warnock, a Democrat, won the runoff on Dec. 6, 2022.)

The top advertisers in the Senate were the Super PACs Senate Leadership Fund (SLF) (R) and Senate Majority PAC (D). SLF was active in eight states led by Georgia and Pennsylvania. Some controversy accompanied the Republican fund’s support of Alaska Sen. Lisa Murkowski, whose top competitor was a fellow Republican supported by former President Donald Trump. Equally controversial was SLF’s decision to not advertise in support of Blake Masters in Arizona. In all, SLF spent just short of $200 million. SLF did support a Trump-backed candidate, spending nearly $28 million in Ohio in support of Senator-elect J.D. Vance.

Sen. Charles Schumer’s Senate Majority PAC was active in just six states, spending $128 million in the general election. Pennsylvania saw the most ($37 million), followed by Arizona ($28.5 million). In a move that divided Democrats a bit, Democratic PACs ran ads to support far-right Senate candidates in both New Hampshire and Colorado. The strategy worked in New Hampshire but not in Colorado, although the more moderate Republican ended up not posing a real threat to the reelection of Democratic Sen. Michael Bennet.

In Illinois, Gov. J.B. Pritzker (D) won an easy victory over Republican State Senator Darren Bailey by nearly 14 points. Pritzker made a conscious effort to draw Bailey as an opponent by advertising (along with the Democratic Governors Association) in the Republican primary against Aurora Mayor Richard Irvin. Pritzker and the Democrats saw Irvin as a stronger threat and moved to portray him as not conservative enough to Republican primary voters. The strategy worked. With his views highlighted in opposition ads, Bailey struggled to raise cash during the campaign, and Pritzker overwhelmed him and a Republican PAC. Billionaire Pritzker spent more of his own campaign money than any other gubernatorial candidate at just under $50 million.

We’re now onto the 2024 cycle, and who knows what surprises await? We expect a spirited and expensive battle is ahead of us. How expensive? We’ll let you know in six to eight months. 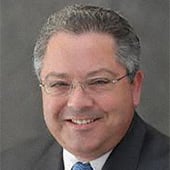