Michael Dubin's latest work doesn't come in his Unilever role, nor is it impartial in its get-out-the-vote message
READ THIS NEXT
Watch: The Lincoln Project declares war on Rupert Murdoch and Fox News in new attack ad 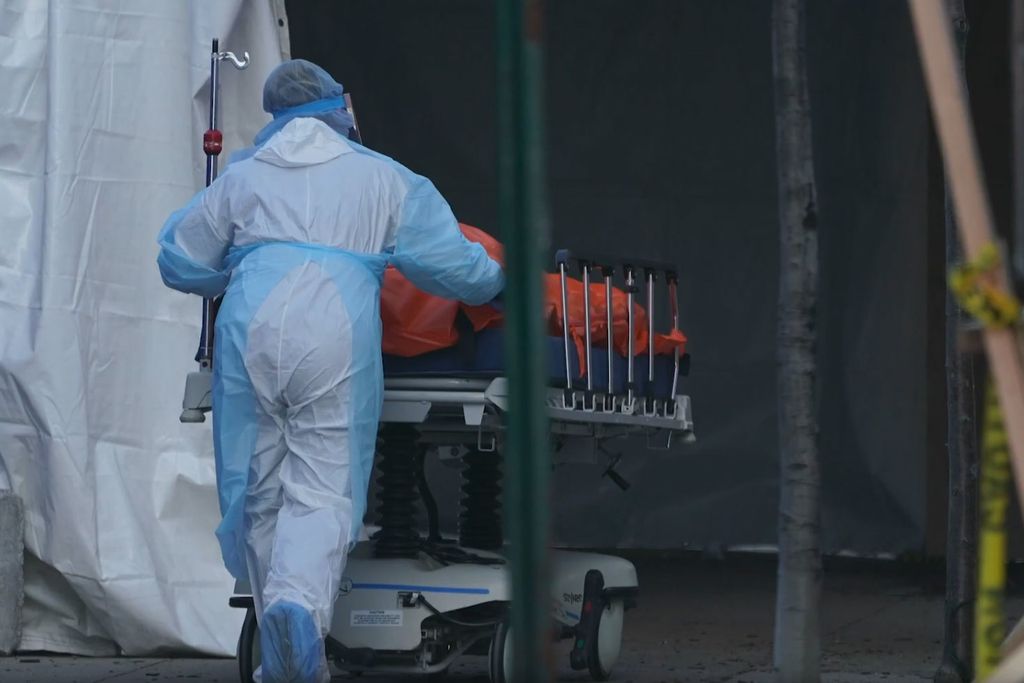 A COVID victim in a body bag, one of many chilling images in the ad.

Michael Dubin is the former comedian best known for the funny razor ads he used to build Dollar Shave Club, which he sold to Unilever in 2016 for $1 billion, and still leads. But his latest effort isn’t funny at all and has nothing to do with razors.

Dubin is behind a new ad titled “USA, USA, USA …” which is also the background chant to a foreground of 2020 horrors. These include scenes of hurricane and forest fire devastation; a smoky orange San Francisco skyline; empty stadium and airplane seats; a closed business; an unemployment office; a handwritten “Suicide Is Not an Option” sign, with most of the pull-tab phone numbers already taken by folks seeking help; an exhausted health care worker; a woman getting a painful COVID-19 test swab shoved up her nose; and a dead COVID victim in a body bag on a gurney. The endline: “Are we great yet?” Followed by: “Vote.”

Technically, this isn’t a campaign ad, as the disclosure points out it’s not authorized by any candidate committee. While the allusion is clear, it doesn’t use Donald Trump’s trademarked “Make America Great Again” or “Keep America Great” slogans. Nor does it come from Dubin in his capacity as an executive of Anglo-Dutch packaged-goods marketer Unilever.

It’s identified as coming from Trail of Creation which, according to a trademark filing from July, is a limited liability company that serves as a consultancy and investment firm for startups, headquartered near, but not at, Dollar Shave Club offices in Santa Monica, California. The ad posted Monday on a new YouTube account, though TrailofCreation.com, where it’s also posted, has been around for a year.

Dubin couldn’t be reached for comment because of a family emergency, a spokeswoman said. But in an email, she said he “hopes this new ad will be his most viral ad yet. It’s missing all the humor and joy of grooming we’ve come to expect from him. Instead, it’s a stark look at the world today in an urgent effort to get people to turn out and vote.”