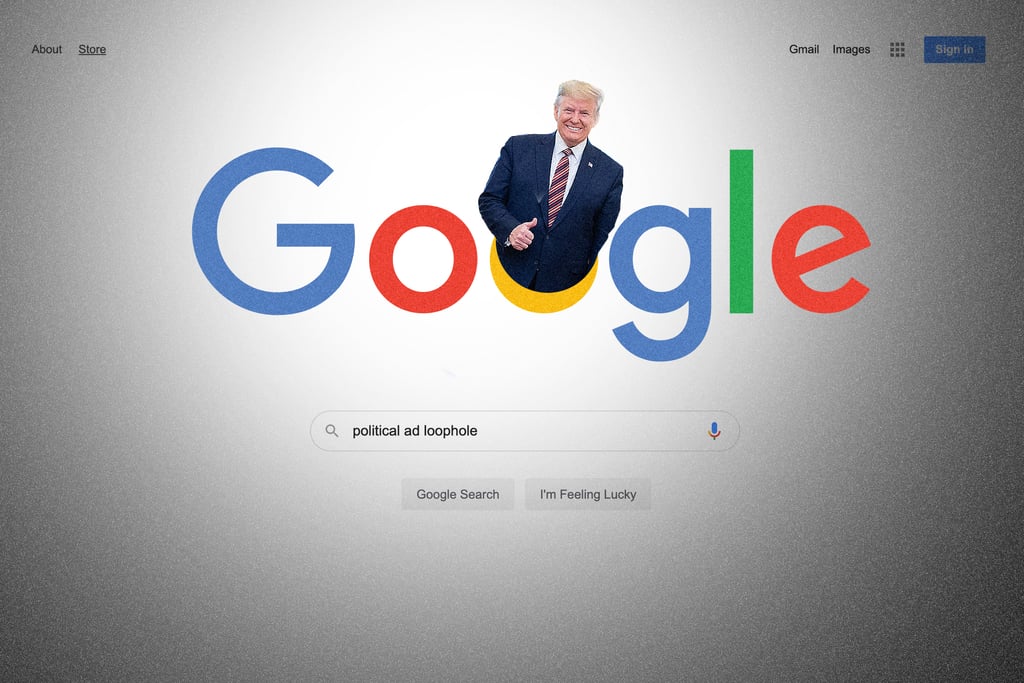 Because of the changes outlined last month, campaigns that use Google to place election ads on Google Search, YouTube and other websites can no longer target them to a particular audience based on political affiliation.

But the new policy has a loophole that means large swathes of Google ad space on the web can still be highly targeted by candidates and other political groups looking to sway voters during the 2020 election.

The internet giant lets advertisers buy some of its marketing spots using their own targeting data, and technology from other companies. Political advertisers could embrace these alternatives to get around Google’s policy.

This loophole shows how the labyrinthine advertising-technology ecosystem makes it difficult for internet giants to police election ads. Google and Facebook dominate the digital ad market, but hundreds of smaller companies crunch data and provide tools to advertisers.

Google provides three main types of ad space: search, YouTube and display. Display ads include banners and videos placed on websites around the world. Google acts as a middleman between those sites and advertisers. To buy, advertisers can go directly through Google, or they can use other providers such as The Trade Desk, MediaMath and Adobe.

That’s where the loophole shows up. Google’s new limits should work on YouTube and Search ads because they can only be bought through Google. But many Google display ads are put up for auction on Google’s ad exchange, and advertisers can bid on these marketing spots using whatever targeting data and tools they want.

“Advertisers can skirt this policy and still access the exchange,” says Grace Briscoe, a vice president at Centro, which sells tools for marketers to bid on ad exchanges, including Google’s.

There’s not much Google can do to close the loophole because the company can’t check targeting data it doesn’t control, and can’t impose its policy on other ad-tech companies, according to Briscoe.

The policy applies to Google’s ad-buying tool, known as DV360, but not to Google display ads bought through other companies like The Trade Desk, a Google spokeswoman said in an email.

Spokespeople for Adobe and The Trade Desk say it is possible to buy targeted ads on Google using their tools. The Trade Desk doesn’t allow targeting down to the individual for political ads, the company’s spokesperson says.

Adobe’s policies require political ads to be clearly labeled. Specific targeting is allowed if advertisers bring their own data, a spokesman for the company said. A spokeswoman for MediaMath declined to comment.

Online advertising giants Facebook and Alphabet Inc.’s Google are at the center of a major debate over political advertising in the U.S. The companies allow highly tailored messages to be delivered to small groups of people, changing the way campaigns operate and making it possible to send ads that the wider world never sees. Both companies require political advertisers to upload their ads to a public database.

Twitter banned political advertising completely last month while Facebook says it will keep accepting ads from politicians and won’t check them for accuracy.