What you need to know about Ohio's O'Connor vs. Balderson congressional race in 90 seconds | Ad Age
Skip to main content
Sign In Register

What you need to know about Ohio's O'Connor vs. Balderson congressional race in 90 seconds 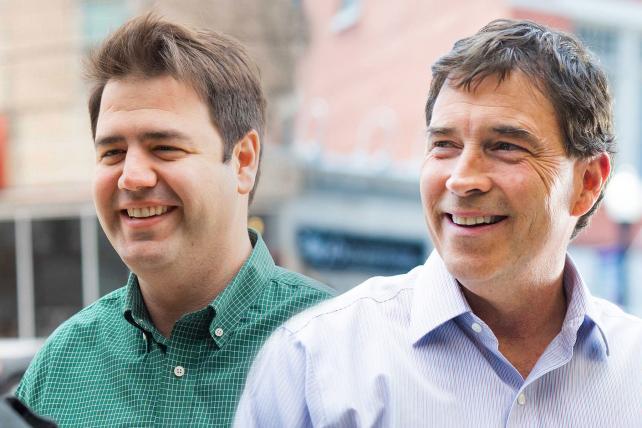 Who are these guys?

Franklin County Recorder Danny O'Connor, a 31-year-old Democrat, and Ohio State Senator Troy Balderson, a 56-year-old Republican. They're running against each other in a special election, being held today, for the U.S. House of Representatives seat in Ohio's 12th congressional district.

Why is this race getting so damn much attention?

Because, as The Washington Post notes, Ohio's 12th congressional district went for Trump in 2016 by a margin of 11.4 points. Many see this race "as a bellwether for November's midterm elections," as Politico puts it. President Trump and Vice President Mike Pence have campaigned for Balderson, and Trump again endorsed him in a tweet early this morning.

So how close is this race?

The Hill calls it "a dead heat" (Balderson at 44 percent, O'Connor at 43 percent, and 11 percent undecided, per a Monmouth University poll).

What do they stand for?

Balderson's "Issues" page on his campaign website includes lines such as "Troy Balderson will work with President Trump to build the wall and protect Ohio's working class from illegal immigration" and "will fight Nancy Pelosi's liberal gun-grab." O'Connor's "Priorities" page on his website includes headings such as "Expanding Health Care Coverage," "Creating Economic Opportunity and Jobs" and "Combating Climate Change."

So what are their campaign/marketing strategies in a nutshell?

Balderson has been basking in Trump's support and, last night, declared that "we don't want someone from Franklin County representing us" (see "Republican in Ohio Special Election Closes Race by Insulting One-Third of Voters," from New York Magazine). A key line from O'Connor's website: "Troy Balderson has nothing to offer but the same old politics for the people in Central Ohio."

Thanks, that was all very helpful—and that really did take me just about 90 seconds to read. But I've got a little more time. What else can you tell me?