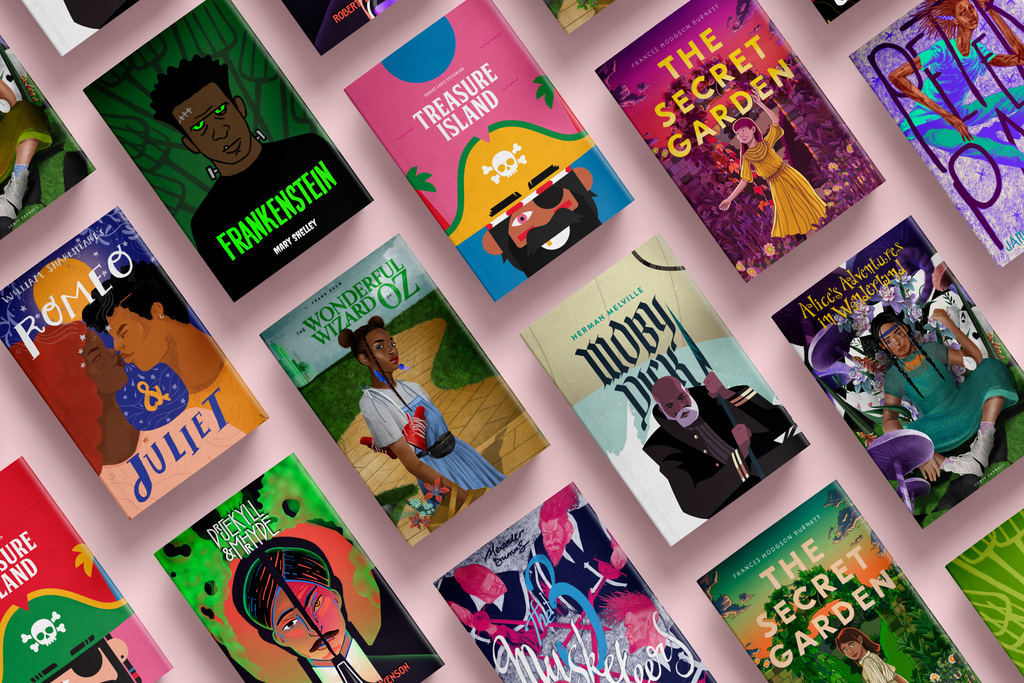 Penguin Random House published the “Diverse Editions” as part of a campaign from TBWA/Chiat/Day New York. The team used artificial intelligence to scan the text of books in the public domain, looking for characters whose ethnicities or skin colors weren’t specifically mentioned.

The brand then commissioned seven artists—mostly young people of color—to create 60 new covers for a dozen books that vary the looks of the protagonists. Three alternate covers for L. Frank Baum’s “The Wizard of Oz,” for example, pictured Dorothy as African-American, Asian-American or Native American. Captain Ahab’s skin tone varies across the covers for “Moby Dick,” and Frankenstein’s monster is black.

And while Dorothy’s adventures in Oz are less tied to her roots in 19th Century Kansas, the antebellum tale “Moby Dick” makes multiple references to the still-legal institution of slavery.

Critics also contend Barnes & Noble could have chosen to feature classic literature by authors of color rather than print new editions of books that are already commonplace.

The brand cancelled a planned event Wednesday night in New York City where it had intended to debut the books. Instead, it released a statement explaining its decision. "We acknowledge the voices who have expressed concerns about the Diverse Editions project,” it reads. “The covers are not a substitute for black voices or writers of color, whose work and voices deserve to be heard.”

The Diverse Editions event at our @BNFifthAvenue location originally scheduled for this evening has been cancelled. Please see our statement: pic.twitter.com/jGquff9MyM

TBWA/Chiat/Day New York also released a statement that echoes the one from Barnes & Noble, adding, “We acknowledge the voices who have expressed concerns about the Diverse Editions, and as a result, the project has been suspended. We sincerely apologize for any offense this has caused.”

The incident comes just weeks after the publication of “American Dirt,” a novel about the lives of Mexican migrants written by a white woman, which Oprah Winfrey selected for her book club and critics decried as blatant appropriation.