Blink Fitness Opts for Real Bodies, Not Models, in Campaign

Equinox-Owned Brand Features a Range of Body Types in Brooklyn Brothers-Created Spot
READ THIS NEXT
Black consumers are group most swayed by brand values and diversity practices, study finds 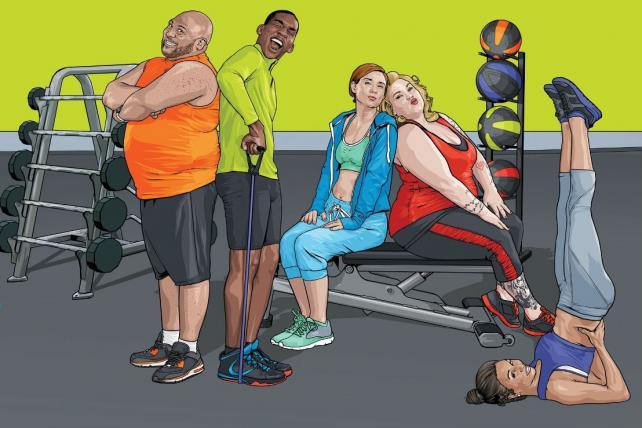 Fitness chains typically choose the most svelte, best-looking bodies for their marketing campaigns—"You, too, can look like this," the ads subliminally shout. Not so for Blink Fitness, which left the perfect people for its parent—the luxury chain Equinox—and used regular bodies in its spring advertising. Five-year-old Blink debuted "Every Body Happy," which capitalizes on the current cultural shift toward more diverse body types, on Monday. The campaign includes a 30-second second video of bellies and butts, arms and faces, in a range of sizes. The spot is available through Blink's website, and will be pushed via social channels such as Facebook and Instagram. Visitors to the brand's 50-plus locations can also tune in.

Such an inclusionary campaign, created with Brooklyn Brothers, was purposeful and helps deliver the everyman message of the low-cost chain.

"Blink stands for something different and offers a more universally relatable approach to fitness, which this campaign represents," said Ellen Roggemann, VP of marketing, in a statement. "'Fit' looks different on everyone and we celebrate that."

"Every Body Happy" continues the marketing idea of "Mood Above Muscle," a mission that Blink trademarked two years ago. In research for its current campaign, the brand conducted a survey and found that 82% of Americans place more importance on feeling good than looking good. Blink, which also found that the majority of Americans don't relate to fitness ads or magazine covers featuring other body types, used real people rather than models in its campaign.

The chain, which has built its membership of 250,000 since opening in 2011, might be on to something. Earlier this year, Mattel's Barbie brand introduced a line of dolls in a diverse range of bodies, including curvy, tall and petite, and skin tones.

Blink declined to disclose how much it is spending on the campaign. It also worked with Cross Media and Sharp Communications. Parent company Equinox, which also owns spinning chain SoulCycle, generated an estimated $882 million in 2014, a 19% increase over 2013, according to reports. Sarah Robb O'Hagan, a former Gatorade executive who joined New York-based Equinox as president in 2012, left the fitness company earlier this month.