Why Blue Moon Is Changing Its Look 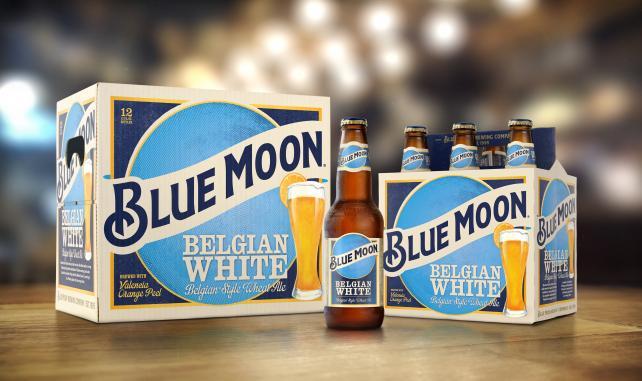 Blue Moon owes much of its nearly unstoppable sales success to the orange. While most wheat beers had historically used lemon garnishes, Blue Moon founder Keith Villa began encouraging bartenders to hang oranges on glasses of the brew back in 1997. And that simple act sparked a sales spurt that continues to this day.

But strangely, the orange has never been featured prominently on the brew's packaging -- until now. In its most significant design overhaul since the brand launched in 1995, Blue Moon is going for a brighter look that includes a glass of beer shown garnished with an orange on all six- and 12-pack packaging.

The goal is to spur sales in stores by more directly tying the packaging to the bar rituals that put Blue Moon on the map. Presently, "there is a bit of disconnect between the brand that [drinkers] know and love on-premise that is bright and inviting and really creative with the glass and the orange," said Ashley Selman, senior marketing director of Tenth and Blake, which is the craft and import beer division of Blue Moon-owner MillerCoors.

The new packaging is by brand design agency Soulsight and will hit stores in April. 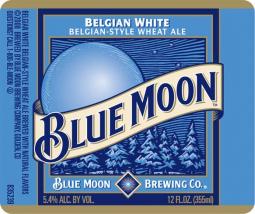 The redesign was informed by research that included feedback from nearly 1,000 consumers, Ms. Selman said. The consumers described the old packaging (at left) as cold and dark, she said. "It's lonely. It's weirdly mystical," she added. The trees on the old package were supposed to depict the reflection of moonlight, but drinkers mistook it for snow, she said. Some people even imagined seeing wolves and owls on the packaging -- even though they are actually not there, she added.

The new packs only include the oranges on secondary cardboard packaging -- not the actual cans and bottles. Blue Moon considered putting oranges on the primary packaging, but it "got pretty tiny," Ms. Selman said. The trees are now gone from the cans and bottles, producing a cleaner look.

"We feel like this change is going to unlock a ton of this brand's potential for us, especially off-premise," Ms. Selman said.

Blue Moon is already performing pretty well overall. The main Belgian White variety has posted 79 straight quarters of volume growth, according to MillerCoors. The Blue Moon megabrand ranked as the 18th largest beer in the U.S. by shipment volume as of the end of last year, putting it ahead of brands such as Dos Equis and Stella Artois, according to Beer Marketer's Insights.

In October, MillerCoors moved Blue Moon to Venables Bell & Partners of San Francisco from Integer, which still works on retail marketing for the brand. New ads are expected to debut in March, Ms. Selman said.

Blue Moon's changes come as it faces more aggressive competition from wheat beer rival Shock Top, which is owned by Anheuser-Busch InBev. Shock Top -- whose packaging features an orange slice character, or wedgehead -- will get its first-ever Super Bowl ad in February. The brand finished 2014 ranked 28th by shipments, according to Beer Marketer's Insights.

Asked about Shock Top's Super Bowl plans, Ms. Selman said: "Our focus for us is to continue to make really great high quality beers and not spend a lot of time worrying about Shock Top."