'Brands are actually trying as opposed to just checking a box,' says one expert
READ THIS NEXT
McDonald's vs. Chick-fil-A: an early read on the Golden Arches' chicken foray 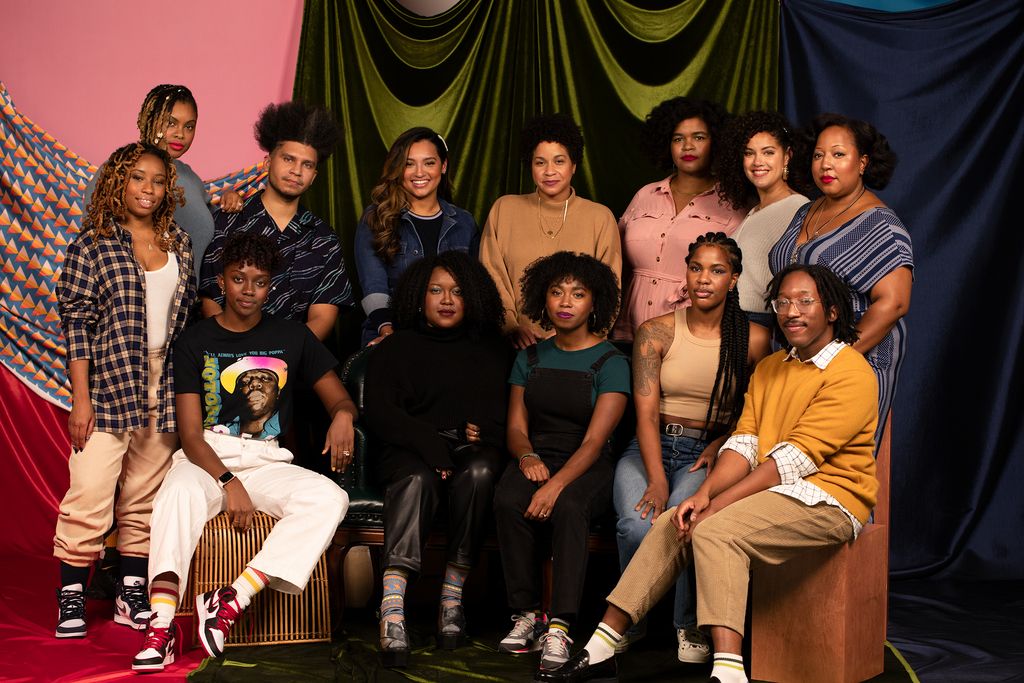 February is Black History Month—typically a period when brands highlight the Black community with products, campaigns and promotions. But this year, following the social unrest of 2020 as a result of the deaths of countless of Black victims including George Floyd and Breonna Taylor, marketers are paying even more attention than usual.

While some campaigns are similar to previous years, others are more innovative and long-lasting, purposely designed to exist as a permanent part of the brand rather than just a one-off for February.

“This is probably going to be one of the, if not the, most active Black History Months ever and I think it’s a direct result of what happened on and following May 25,” says Ahmad Islam, CEO of Ten35, an agency that specializes in reaching multicultural, millennial and Gen Z consumers, alluding to the killing of Floyd by the police in Minneapolis.

“You’ve got more brands being active, you’ve got the brands that are typically active doing bigger things and you have more emphasis on it than you would typically have.” He adds: “You’re seeing more creativity and in some ways that’s just more effort—brands are actually trying as opposed to just checking a box.”

Indeed, many brands, media companies and agencies responded to Floyd’s death with campaigns against racism and donations to charities to help the Black community; more recently in January, TikTok launched a program “TikTok for Black Creatives” to amplify emerging Black creators and music artists.

Bombas, the direct-to-consumer brand that started eight years ago with socks and has since expanded into apparel, is using its own Black employees as a design resource to create a new collection. The Black Hive Collection, created with Bombas’ Black Hive, a group of Black-identifying employees, will release its first product line today. Led by Kendra Stepp-Davis, senior content producer and co-chair of the Black Hive, the current initiative was “created to evoke the meaning of Black Excellence with vibrant, bold colors that reflect a joyful vision of Black pasts, a celebration of Black presents, and an empowerment of Black futures,” Bombas said.

A second collection will debut later this year.

“The timing is obvious—launching Feb. 1, that’s not an accident, but we’re thinking of this as the beginning of an ongoing campaign,” says Randy Goldberg, co-founder of Bombas. “We’re thinking about how we’re communicating with the Black community and what our creative can look like, rather than specifically calling out holidays and remembrances.”

The line includes eight pairs of colorful socks and each pair sold will result in a pair donated to those in need at Black community organizations. To market the line, Bombas has a 360-degree campaign that includes paid and organic social, email and influencer programming. Everyone involved with the campaign, in front of and behind the camera, was Black, says Stepp-Davis.

“It was a completely Black set,” she says, noting photographers, makeup artists, hairdressers and assistants. “We leaned into this idea that we wanted to be holistically and authentically Black in every sense of the word.”

Islam said Bombas’ decision to highlight its own Black employees in the collection’s creation is smart and lends a realistic voice to the campaign. “It gives voice to those members of the team, those partners, but it also helps to ensure the brand has an authentic voice during this time, which is often part of the risk,” says Islam.

Indeed, many brands have been challenged in this way with campaigns and collections that miss the mark. Last year, Barnes & Noble pulled a Black History Month campaign that replaced book covers of white protagonists with people of color following accusations of “literary blackface.”

The smart move is to take a long-lasting meaningful approach. “The ‘one-offs,’ the ‘28 days we want to talk to Black people’ should not be a thing anymore,” Islam says. “Brands have to understand that yes, February is an opportunity to highlight, to do some more creative things but should be part of a sustained effort.” 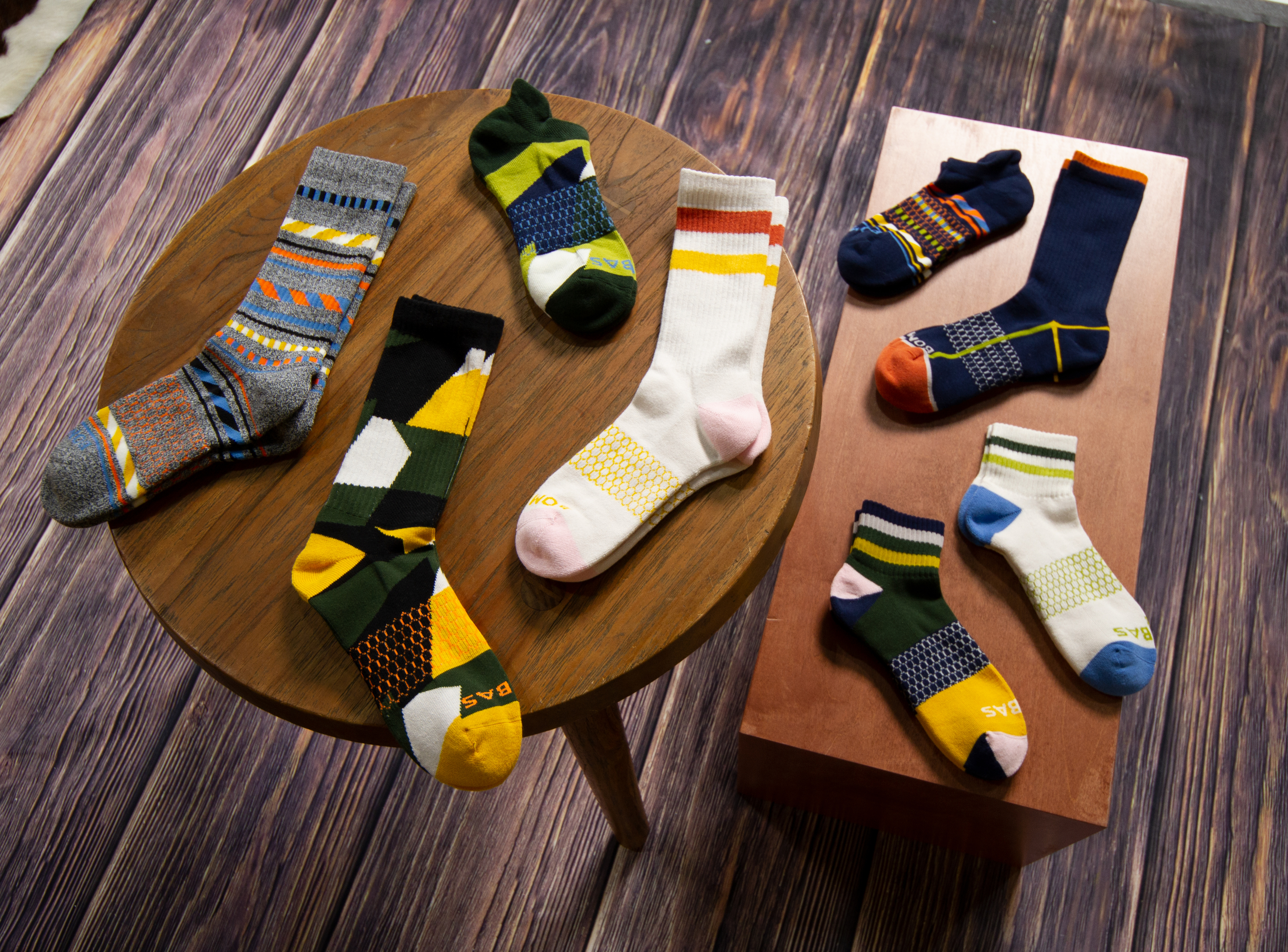 Under Armour began upping its game two years ago—before the events of 2020—when it began working on a new collection that it plans to release on Feb. 5. The Baltimore-based brand partnered with its own photographer Devin Allen as well as Under Armour Black designers on a collaboration that features Allen’s photography of young athletes in Baltimore.

Called UNDR ARMR x DVNLLN, the apparel and footwear comes in a range of sizes for kids and adults. It’s also intended to help Baltimore’s nonprofit organization Wide Angle Youth Media, which works with young artists in the city. Under Armour plans to use its social channels and public relations team to promote the new line.

Other brands promoting Black History Month efforts include Banana Republic and its sister brand Old Navy. On Feb. 2, the former will release a "True Hues" campaign, that, like Bombas, includes Black, Indigenous and people of color both behind and in front of the camera. The products themselves include undergarments and bodysuits in a diverse range of skin colors.

The effort of Gap Inc.-owned Old Navy includes a special-edition t-shirt designed by artist Reyna Noriega. The shirt is part of Project WE, a new line of artist-designed shirts that celebrate inclusivity through art. Old Navy will release a second t-shirt for International Women’s Day in March.

Barbie recently announced its new doll for February will be Maya Angelou. It is part of parent company Mattel's pledge announced earlier this year that more than 50% of Barbie’s global role models it features in collections will be Black, Indigenous and women of color. The doll will be part of Barbie’s Inspiring Women series, joining the likes of Ella Fitzgerald and Rosa Parks.

Released in late January, the Maya Angelou is already sold out. Mattel's website offers a "notify me" button for those consumers who want to be notified of a restock.