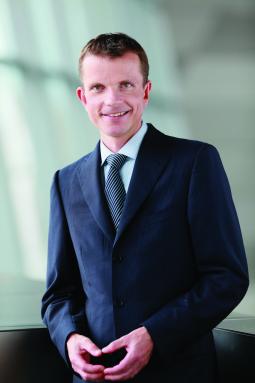 Cadillac President Johan de Nysschen announced the "organizational change" in an internal memo on Friday that was obtained by Automotive News. He commended Ellinghaus for being a "steward in driving Cadillac's brand transformation" and making "tremendous strides" in its global marketing and advertising.

A search for Ellinghaus' successor will be conducted "over the coming months," according to the memo.

"I'd like to personally thank Uwe for his partnership as a member of the leadership team and wish him the best as he pursues his future endeavors," de Nysschen said in the memo.

Ellinghaus has lead Cadillac's global strategic marketing and brand efforts since January 2014. He was recruited by Cadillac chief Bob Ferguson from Montblanc International, a luxury design and accessory brand, in Hamburg, Germany.

Prior to Montblanc, Ellinghaus held a number of marketing posts from 1998 to 2012 at BMW, including chief marketing officer in 2010-12.

Ellinghaus made great strides in shifting Cadillac's focus from traditional advertising to creative television ads and experiential marketing, including launching Cadillac House headquarters in Manhattan and offering unique promotions such as helicopter rides to the Hamptons.

Cadillac's most recent ad campaign under Ellinghaus pitched the brand's Super Cruise semiautonomous highway driving system. TV spots for the technology debuted during the MTV Video Music Awards in August with the tagline "Let Go," urging drivers to go hands-free with the system on the highway. The brand's agency is Publicis, New York.

The Super Cruise campaign is the latest in Cadillac's "Dare Greatly" campaign launched during the 2015 Oscars with four TV spots that introduced the new anthem tagline.

"Uwe's vision for Cadillac's reinvention can be evidenced by work done to build our brand philosophy," de Nysschen said in the memo, citing "Dare Greatly" has been successful in "expressing the brand's core values."

The commercials, like many under the campaign, were cutting-edge for Cadillac but did not necessarily translate into higher domestic sales.

Cadillac's U.S. sales have declined two of the three years since Ellinghaus started with the brand. They are down 5 percent through November compared with a year ago -- and on pace for their lowest annual total in five years.

General Motors executives, including de Nysschen, have said Cadillac's plateauing domestic sales reflect a car-heavy lineup in a U.S. market that has shifted to light trucks, notably crossovers and SUVs.

Cadillac is planning to expand its crossover lineup with several new and redesigned models over the next few years.

Michael Wayland is a writer for Automotive News

~ ~ ~
CORRECTION: An earlier version of this article incorrectly reported Ellinghaus' departure date. He plans to leave on Dec. 31.