Gov. Newsom announces move to combat climate change
READ THIS NEXT
Beer can shortage lets up but that won’t save some Molson brands 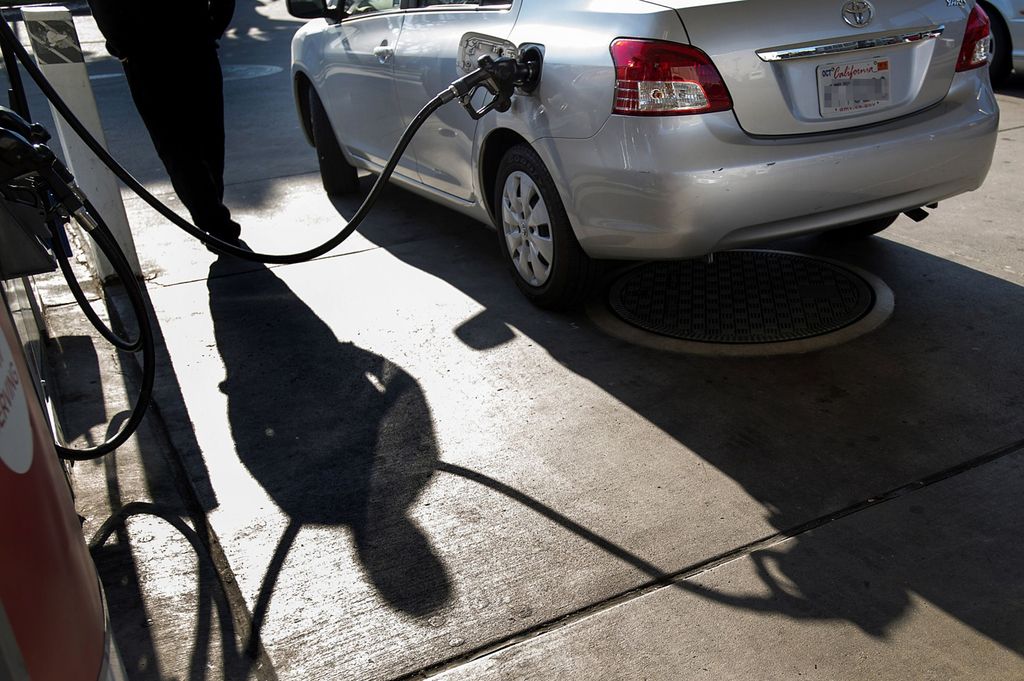 The silhouette of a customer is seen filling a vehicle with gasoline at a Chevron Corp. station in San Francisco, California

California will phase out sales of new, gasoline-powered cars by 2035 as part of its fight against climate change, Gov. Gavin Newsom announced—the first state to set an expiration date for the traditional automobile.

The move comes as California battles historic wildfires that Newsom has blamed squarely on global warming, with more than 3.6 million acres burned so far this year. It could prompt other states that have followed California’s climate and auto policies in the past to set similar goals.

“You deserve to have a car that doesn’t give your kids asthma,” Newsom said in a statement. “Our cars shouldn’t make wildfires worse—and create more days filled with smoky air. Cars shouldn’t melt glaciers or raise sea levels threatening our cherished beaches and coastlines.”

The executive order Newsom issued Wednesday would give automakers 15 years to make the transition. It doesn’t specify whether the passenger cars sold by that date would be powered by batteries or hydrogen fuel cells—only that they have zero emissions. Sales of used gasoline-powered cars would still be allowed. The order also directs California regulators to ensure that all new medium- and heavy-duty trucks are zero-emission by 2045. The state has already set a goal of eliminating all net emissions from its economy by the same year.

California, home to 40 million residents and the world’s fifth-largest economy, has for years forced automakers to sell zero-emission vehicles in the state or buy credits from companies that do. In turn, it has become the nation’s biggest market for electric cars, many of them produced in the San Francisco Bay area by Tesla Inc. The state has also been locked in a legal battle with the federal government over the Trump administration’s efforts to lower future fuel mileage requirements for gas-powered cars.