Longtime exec Manolo Arroyo will take over marketing duties
READ THIS NEXT
The Week Ahead: Facebook and McDonald’s report earnings and Denzel Washington flick comes to HBO Max 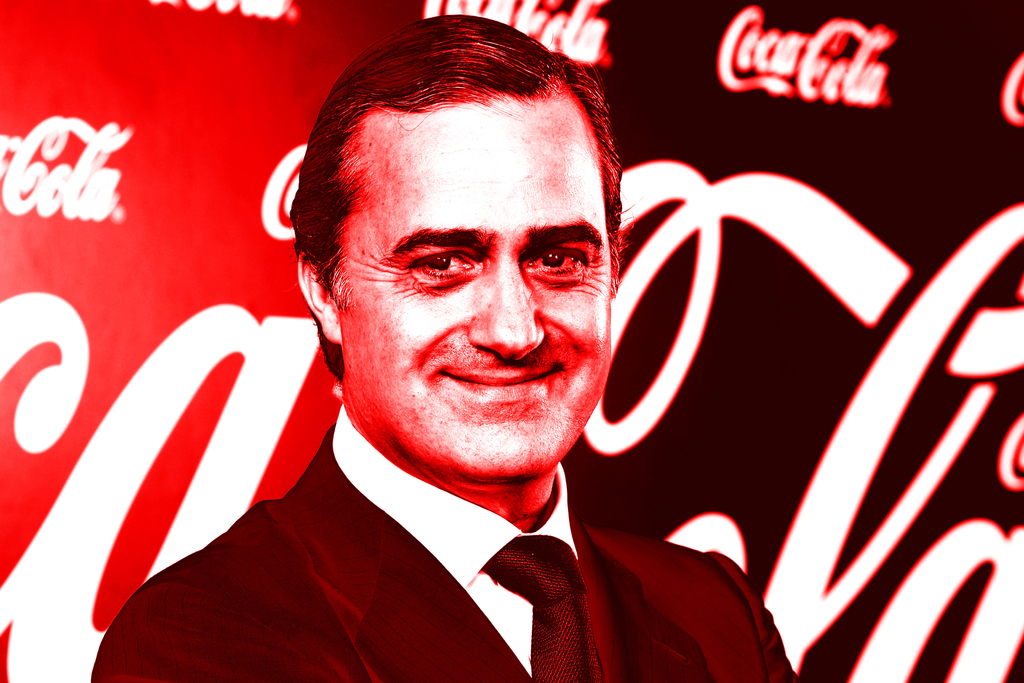 Coca-Cola Co. has reinstituted the global chief marketing officer role after doing away with it in 2017. The person filling the job, 24-year company veteran Manolo Arroyo, will pull double duty as president of Coke’s Asia Pacific Group, a job he has held since the beginning of 2019.

Coke’s last global chief marketing officer was Marcos de Quinto, who held the position for more than two years before retiring in early 2017. Instead of filling the job, the company at the time created the chief growth officer role, which included marketing in addition to corporate strategy and customer and commercial operations. Francisco Crespo, who held the role since it was created, is now retiring.

The moves mean that global marketing once again gets a dedicated title. When Coke did away with the CMO title two years ago, it was a trend-setter. Other companies followed suit and are continuing to recast the CMO job to cover broader responsibilities with titles ranging from chief growth officer to chief experience officer, in a reflection of the fact that CMOs oversee a lot more than advertising these days.

Of course, at Coke, Arroyo will have to split his time overseeing Asia Pacific operations. Coca-Cola in the press release cast the changes as aimed at more closely integrating marketing within operations.

“We know consumer needs are changing faster and faster, and it is critical for the company to be agile in how it responds and adapts,” stated Coca-Cola CEO James Quincey. “Manolo’s dual leadership over operations and marketing is a new structure for us, and we anticipate that it will evolve in the months ahead. Manolo’s focus will range from developing work that can be used around the globe to supporting local campaigns.”

Many of the creative programs put in place by de Quinto continued under Crespo. That includes the global “Taste the Feeling” campaign for the flagship Coke brand that launched in 2016, replacing “Open Happiness.” The move was part of de Quinto's strategy of putting a more product-focused spin on Coke’s ads that put the brand at the center of simple pleasures. Previously, the more idealistic Open Happiness effort often strayed into territory like pushing anti-bullying to peaceful co-existence among Indians and Pakistanis.

One of de Qunito’s key lieutenants, global VP of creative Rodolfo Echeverria, stayed on during Crespo’s rein. He is expected to remain in place under Arroyo, suggesting there won’t be any major changes to the company’s creative approach.

But from a strategic standpoint, Coca-Cola has undergone significant evolution since Quincey took over as CEO in May of 2017. He has pushed the company to be a “total beverage company” with an aggressive innovation agenda that extends way beyond colas. The moves have paid off with Coke enjoying solid financial results of late, including posting 5 percent organic sales growth in the third quarter.

Arroyo, like de Quinto, got his start in the company’s Spain unit, where he began in brand management in 1995. He moved to Coke’s Atlanta global headquarters in 1998, where he is credited with assembling the company’s first global marketing strategy. He returned to Spain in 2000, serving as marketing director for the Iberia business unit, and then held various operational roles before taking the Asia Pacific job in 2019.