Coke Brings Back Its Polar Bears for the Holidays 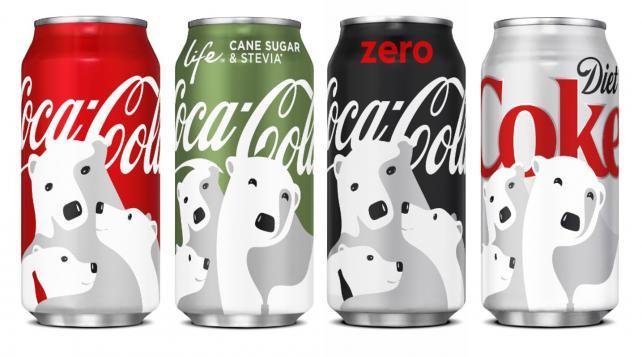 Coca-Cola is giving its polar bear mascots some holiday love for the first time in three years. While the bears aren't included in the brand's Christmas TV ad, they will be featured on some packaging, which hasn't happened in the U.S. since 2013, according to a Coca-Cola Co. spokeswoman.

The TV spot, called "A Coke for Christmas," follows a teenager as he surprises people in his neighborhood with free bottles of Coke. The ad ends when he gives his last bottle to Santa Claus. The commercial was created by SRA Rushmore and was designed to run across global markets. It is the first Christmas spot under the "Taste the Feeling" campaign, which debuted in January and features multiple Coke varieties within every ad.

"For decades, Coca-Cola has brought happiness and refreshment to the holiday season," Melissa Palacios, associate brand manager for the Coca-Cola trademark at Coca-Cola North America, said in a statement. "We're embracing the spirit of unsung holiday heroes through our TV creative, but we aren't finished there. Through special packaging and our Holiday Caravan's cross-country tour, we'll touch millions of Coca-Cola fans and unsung heroes with heartwarming, uplifting experiences."

The so-called Holiday Caravan, now in its 19th year, includes six trucks illuminated by more than 30,000 red-and-white lights. The trucks will make an appearance in more than 25 cities, the company said.

On social media, the brand will promote the hashtag "#WeSleigh" in an effort to get teenagers to "showcase the different ways they step it up during the holidays," according to a statement. Coke is lining up teenagers and millennials with large social media followings to post social media content that puts a humorous spin on how young people must take on new responsibilities during the holidays. The content will play off the "adulting" trend.

The polar bears will appear on some packages of Coke, Coke Zero, Diet Coke and Coke Life. The cute and cuddly bears have long been used by Coke, including making their TV debut in 1993. But the bears have also been spoofed by Coke's critics, including in an anti-soda video created in 2012 as part of a campaign by the Center for Science in the Public Interest.

Coke this year is also putting its iconic version of Santa Claus on some packaging. Coke's classic version of St. Nick was created in 1931 by artist Haddon Sundblom and Coke has consistently used Santa since then.

The polar bears began taking a starring role in holiday TV ads for the 2012 season and in 2013 the bears were joined by a winged character named Puffin. But the bears were sidelined in 2014 when Coke instead featured Santa in its TV spot, which also included the song "Make Someone Happy" sung by Jimmy Durante. Last year, Coke filled stores with holiday-themed "Share a Coke" packaging that included sayings such as "Someone Nice" and "Someone Naughty."