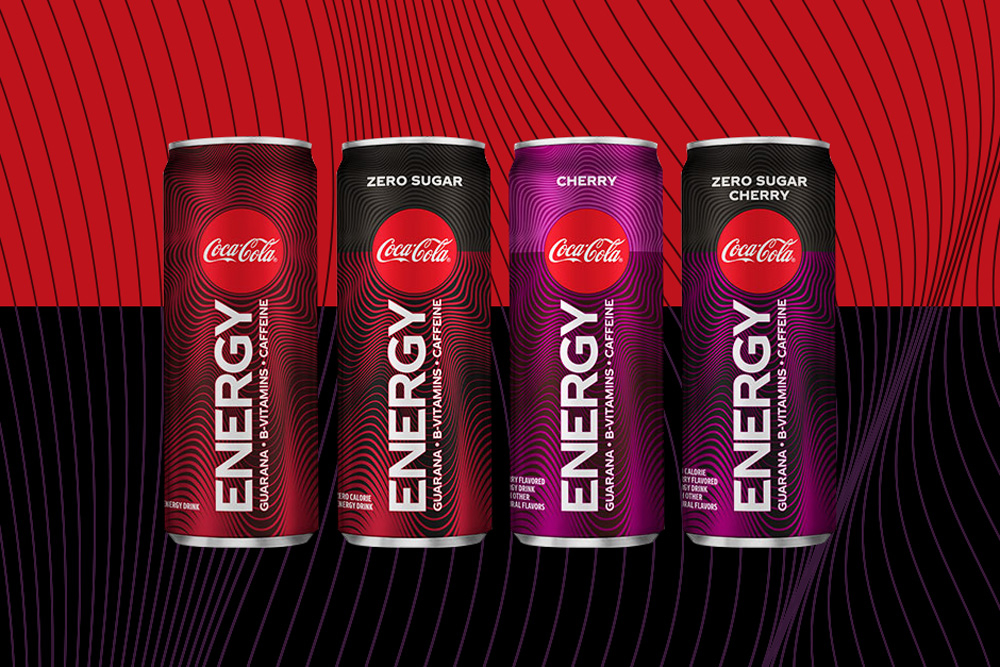 Coca-Cola Co. is pushing deeper into energy drinks in the U.S.— a bright spot for an industry that’s grappling with falling soda consumption.

Coke, which earlier this year launched Coke Energy in several overseas markets including the U.K. and Germany, said it will bring the product to the U.S. in January. Advertising will be handled by Coca-Cola roster agency Wieden & Kennedy, a Coke spokeswoman confirmed to Ad Age

Its arrival will ramp up Coke’s competition with Monster Beverage Corp. Monster’s energy drink trails only Red Bull in a growing U.S. market that was worth more than $12 billion last year, according to Bloomberg Intelligence.

Coke owns more than 18 percent of Monster’s stock, making it the Corona, California-based company’s largest shareholder, and Monster also uses Coke’s distribution network. While Coke took the minority stake back in 2014 amid a push to capitalize on promising new brands, the beverage giant is getting more aggressive with its own offerings now as CEO James Quincey seeks to transform the company into a “total beverage company.”

Targeting Gamers
Coke needs to increase its presence in the energy-drink market, according to Ken Shea, an analyst at Bloomberg Intelligence. That’s because energy drinks have become a fast-growing sub-segment of the beverage industry, particularly among young male consumers who enjoy video games. Consumption of regular soft drinks, in contrast, is on the decline.

PepsiCo Inc. has used its Mountain Dew brand to go after the gamer demographic, with a “Game Fuel” variant sold in a can that can be resealed.

Coke Energy is currently available in about two dozen countries, mostly in Europe. The product, which will be sold in 12-ounce cans, has about the same amount of sugar as a standard Coke of the same size, and roughly three times the caffeine.

News that Coke was launching a branded energy drink, which came last November, weighed on Monster’s shares. The companies went to arbitration over the issue, but a tribunal decided that Coke’s plans were not a violation of the contract between the two companies.

Monster shares slipped as much as 2.8 percent on Tuesday to $56.42. The stock had gained 18% this year through Monday’s close.

Janki Gambhir, who oversees innovation and strategy for the Coke brand in the U.S., said Coca-Cola remains committed to the partnership with Monster. The new products will resonate with consumers who aren’t currently buying energy drinks, she said. “It’s a unique opportunity for us to bring new drinkers into the category,” she said.