In defense of the lowly hashtags #ad and #sponsored 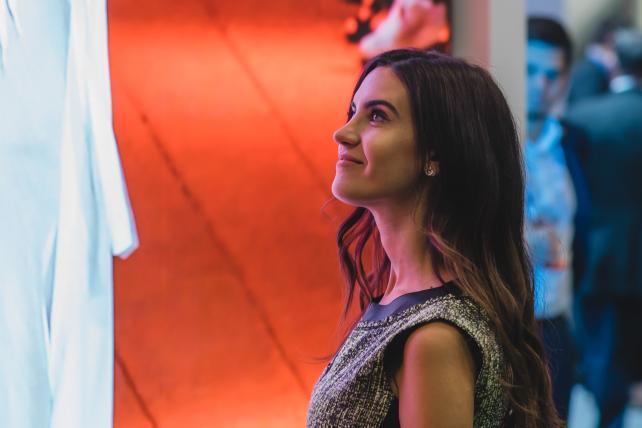 I post things to the internet for a living.

Companies—like Samsung and WeWork—hire me to post about their products and services to my social media channels, gaining exposure to a combined couple hundred thousand followers.

It's like a billboard, I often say. But instead of appearing in Times Square, my real estate is digital. And I have some pretty detailed info about my followers, like how old they are (largely millennial), what cities they live in (mostly major Metropolitan), and if they've bought a home in the last six months (not yet, but working on it).

More on that later.

The things I post to social media often have the hashtag #ad (and sometimes #sponsored) next to them. Quite simply, it's how I disclose that I'm being paid to post.

Laptops. Invoicing software for freelancers. A virtual reality headset that when piloted at Cedars Sinai reduced the use of pain experienced by patients. As a social media creator with a focus on social media and technology, I'm hired to post about these kinds of products.

Which is why it stopped me dead in my tracks recently, when a marketer sitting next to me on a panel about the future of influencer marketing said:

"No one likes putting hashtag #ad in their posts."

The audience of 100 or so marketers in the room largely nodded in agreement, while the sentiment also earned various smiles from the panelists next to me.

Why did 100 marketers agree that content creators couldn't possibly enjoy endorsing a product? Is it impossible that someone might actually enjoy the product they're using—and make a living?

Perhaps the larger question is: Why is it perceived as a bad thing for a content creator to #ad-mit that they're making a living while advertising on their social channels? (I can't stop myself from making puns; occupational hazard).

You don't see advertising executives cowering as their Super Bowl commercials air on television. They celebrate their big moment. Hold viewing parties. Proudly talk about it with their family and friends.

Any decent influencer is paid for their time, not their opinion, so why can't we too celebrate the #ad?

I started my career in journalism 10 years ago writing for Rolling Stone magazine. I was taught to be militant about disclosing any brand endorsement, whether there was a brand sponsoring a tour I was covering or a musician wearing a logo on their T-shirt during a photo shoot.

When I got laid off along with a good chunk of the newsroom in 2008, and brands began approaching me to write about their products and services (I had developed a small social media following during my RS tenure)—I already understood the importance of disclosure—it's a b-#adge I wore proudly (again, deal with it.)

After a few years of undercharging and not asking the right questions (it turns out American Express doesn't want you posting about Mastercard three weeks later), I came to understand that my blog was a business.

And asking questions became nearly as important as the writing process.

The answers framed my earning potential.

Over the years, I've pivoted from running small ads on my blog's sidebar to signing six-figure deals on my social channels and, 10 years later, I'm proud to say that my earnings are a wild departure (dream?) from my Rolling Stone salary of $35K/year just 10 years ago.

I joke that my job is pretty meta (I blog about blogging; I tweet about tweeting). And while some people call me an influencer, influencing was never the goal. My goal is to inform my audience about the things I find valuable, whether it's a tip for improving your start-up's social media feed or a productivity app that shaves time off my work week. If that content influences someone to take action, awesome.

"I love hashtagging #ad," I told the room of marketers I was sitting in.

"I have a lot of young people—and especially young women—following me on the internet. And I want them to know that I make money on social media."

Every time you see the hashtag #ad, I explained, that's me paying my mortgage.

And every time you see hashtag #sponsored, that's me working toward my beachhouse (not yet, but working on it).

I want the next generation (and also this one) to realize that it's respectable to make money advertising products you believe in. And if influencing is my job, it would be irresponsible not to inform my audience that they can too pursue careers that are untraditional—and be wildly successful.

So the next time you see hashtag #ad or #sponsored, remember: that's literally putting a roof over someone's head.

Natalie Zfat is a social media entrepreneur who has partnered with brands including Samsung, WeWork and American Express.

Natalie Zfat
View all articles by this author