Del Monte warms up to the frozen section 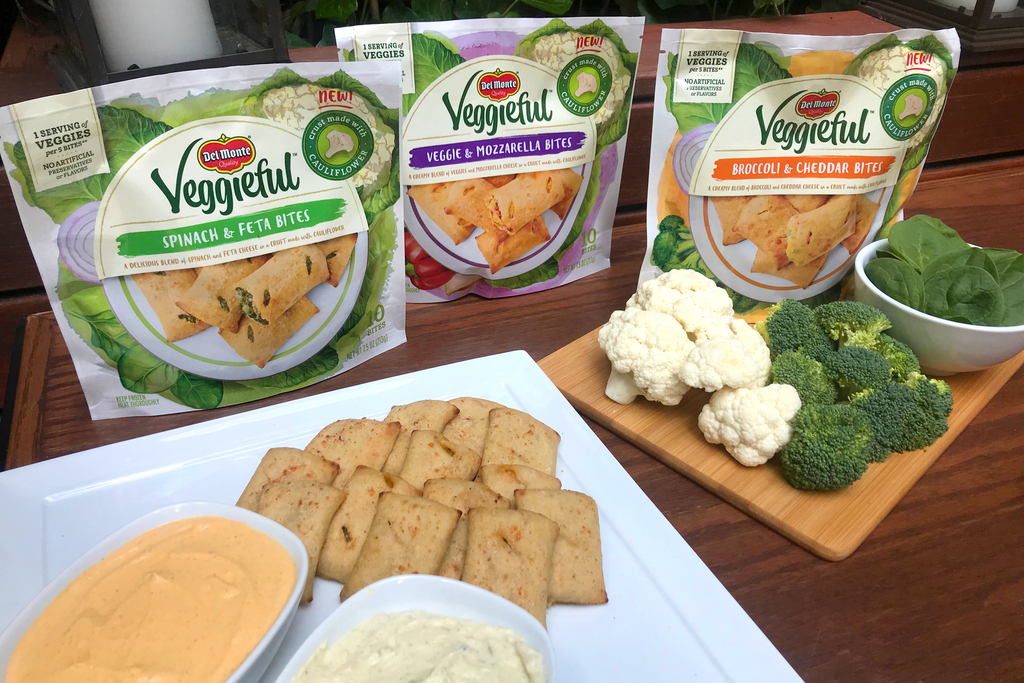 Del Monte is warming up to frozen food.

In response to changing consumer tastes and behaviors, the 130-year-old food and distribution company is expanding into the crowded frozen aisle for the first time, while growing its portfolio of refrigerated and center store items.

Del Monte will be starting its venture into the frozen section space with two new products starting as early as this month and rolling out to retailers nationwide throughout the year.

Del Monte-owned brand Contadina is introducing Pizzettas, bite-sized pizza snacks made with a cauliflower crust, its first product outside of the canned tomato space. It’s a nutritious take on Totino’s Pizza Rolls, meant to attract parents as well as kids and teenagers. The other product is Veggieful Bites, a blend of vegetables and cheese in baked crusts once again made out of cauliflower, the start of Del Monte’s new Veggieful product line.

“One of the things we learned was we needed to get out of the center of the store and out of the can and reach these new consumers and young families that are looking for these kind of food choices,” Longstreet said on Thursday at a media event in New York where Del Monte provided samples of its new items. He added that the new items also opens up Del Monte’s ability to sell through new channels, such as convenience, drug stores and college campuses.

Longstreet added that Del Monte will not be ignoring the center store; it’s still a part of its core business. In fact, Del Monte is introducing four new lines of items to the center store, including  ready-to-eat Veggieful Veggie bowls and Bubble Fruit fruit cups in flavors peach strawberry lemonade, pear berry pomegranate and sour apple watermelon that capitalize on the bubble tea trend with boba pieces. Del Monte brand College Inn will introduce a new Simple Starters line which mixes stock with seasonings for meals ready to be quickly cooked in pressure cookers, and a new line of premium stocks.

The path towards innovating these new items began soon after Longstreet took up the reigns as CEO 18 months ago. “I looked at our portfolio, and it was primarily riddled with canned fruits and vegetables,” he said. Longstreet said the company began investing more in customer data, merged R&D with the marketing department to form a 50-person team, hired Donor LA to take over its creative from Epsilon and hired a new CMO, Bibie Wu, whose history includes working for General Mills for 10 years.

Even with all the innovation, it might not be an easy ride. The frozen section is a crowded one, and still a concern, Longstreet said. Del Monte had to go through several iterations of items that consumers said already existed before it landed on the two it will launch with, he said.

Longstreet said the consumer demand is there and with differentiated products, the company should be able to compete. A 2018 RBC Capital report showed that the frozen food market grew for the first time in five years in 2018, but still only by one percent. The report highlights companies like Conagra Brands, which sells frozen meals such as Healthy Choice, Banquet and Marie Calendar’s, as transformative for opening the space to more variety.

Del Monte already has stores onboard. Amazon Fresh, Albertson’s, Target, HEB, Kroger will sell the new items at select stores, and Meijer and Publix will be selling all new items at all stores nationwide.

To promote the new products and their nutritious bent, Del Monte will launch a campaign called “Growers of Good,” starting this summer and running through the fall. The effort will be the largest marketing investment the company has ever spent, a 25 percent increase from last year, according to Longstreet, who would not specify the spend amount. The campaign, spanning across media, including TV and social, will be the first major work from Donor LA for Del Monte.

“We’re able to do this now because of the innovation,” Longstreet said. “We have a story to tell now, and this is just the beginning.”