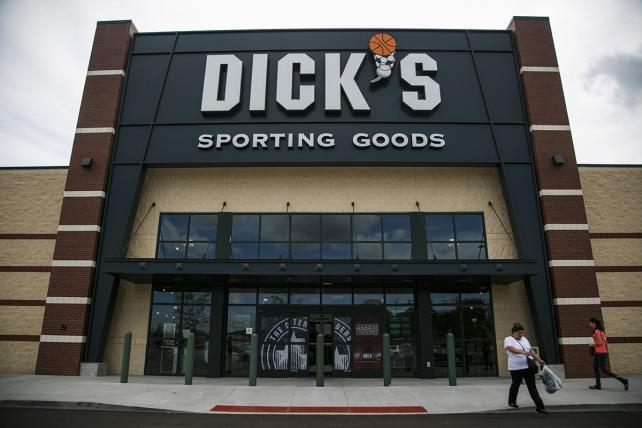 Dick's Sporting Goods Inc. is taking a step further to advocate for gun control, part of a rapid transition for the retailer that's also a major vendor of firearms in the U.S.

The company has retained Glover Park Group to lobby congress on the matter, according to a disclosure form filed in late April. The move is unusual for a firm in the retail sector, where few brands tackle such a politically-charged issue for fear it will turn off customers.

Following a mass shooting at a Parkland, Florida high school in February, Dick's announced it would stop selling assault-style rifles and high-capacity magazines. It also increased the firearms purchase age to 21.

Dick's, the biggest sporting-goods retailer in the U.S., was one of many brands to eschew the gun industry following the shooting. Walmart Inc., Kroger Co., L.L. Bean Inc., and Orvis Co. all made changes to their firearms offerings. Other companies severed ties with the National Rifle Association as a result of nationwide protests that followed the Parkland attack.

Chief Executive Officer Edward Stack said at the time that while the company supports second-amendment rights, "we have to help solve the problem that's in front of us. Gun violence is an epidemic that's taking the lives of too many people, including the brightest hope for the future of America--our kids."

The sporting-goods retailer is working with three lobbyists from the Glover Park, a legislative and public affairs firm, who have worked with both Democrats and Republicans. The disclosure form listed the lobbyists as John Johnson, who worked for former President Bill Clinton, Andrew King, who previously worked for Republican Senator Lindsey Graham, and Christina Brown, who worked with Democratic Senator Bob Casey.

After changing the company's stance on guns, Stack vowed to be become an advocate and visited Washington in March to meet with members of Congress. That included being hosted by Senator Dianne Feinstein, a California Democrat who has been a gun-control advocate for decades.

Stack's push on gun control comes as the business his father founded faces difficulties. The stock has fallen about 38 percent in the past 12 months as the retailer faces increasing competition from Amazon.com Inc. and suppliers, such as Nike Inc., that are generating more revenue through their own stores and websites. Ending the sales of some guns will also hurt revenue.

The hiring of Glover Park Group by Dick's was reported earlier by The Federalist.