Five lessons from the growing pains of cannabis brands 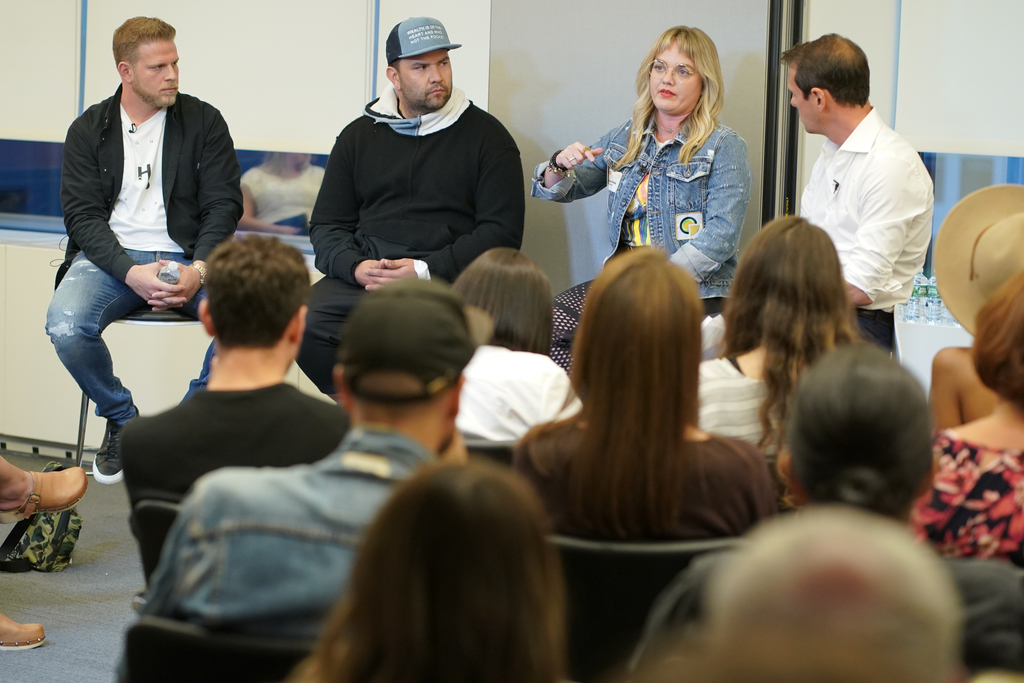 Legal cannabis is quickly ripening into big business, but brands and marketers are still figuring out how to navigate it.

Ad Age brought together executives from Barneys, Cannaclusive, Sherbinskis, Greenlane, Quarter and Dosist at its Inside Pages conference on Tuesday to speak about the state of the cannabis industry, what brands have learned so far and how to create luxe retail experiences that are inclusive as well as educational.

Here’s what we learned:

Luxe experiences but affordable prices
In March, luxury retailer Barneys opened cannabis lifestyle shop “The High End” on the fifth floor of its Beverly Hills flagship store, with plans to open similar shops in San Francisco, Chicago, Boston and eventually New York. The store sells around 40 different ready-to-use cannabis-related items and high-end accessories, such as CBD vape pens, rolling papers, cases and pipes. Barneys has found that the items flying off the shelves have modest price points, even as it sells things like The Grande Fete Gift Set, a package of cannabis accessories, for almost $9,000. (That’s right, $9,000.) Matthew Mazzucca, creative director of Barneys New York, said its $60 precious stone pipes are constantly selling out. “We are really starting to see what the customer is reacting to, and price point is really driving that,” he said.

At the same time, Mazzucca said customers enjoy the luxury of having a representative from the Beboe brand on-hand; the rep is a "cannabis concierge" who can educate customers about the plant and someone they can order actual weed from, he says. Sasha Kadey, chief marketing officer at cannabis-related accessories distributor Greenlane and co-founder of cannabis lifestyle shop Higher Standards, said that in many ways, cannabis has always been more luxurious than a lot of traditional retail experiences.

“The pinnacle of luxury shopping is a personal shopper…sounds an awful lot like a good weed dealer,” he said.

Not just for youth
Barneys, says Mazzucca, is seeing a wide array of customers to “The High End,” from young adults to those over age 60. Speaking with Ad Age reporter Adrianne Pasquarelli, Mazzucca described how he saw a mother bring in her children to buy shoes—then ordered a bowl and some weed for herself. “I thought that was such a cool mom—it's honest,” he said. “I really believe, in terms of retail surviving, that there needs to be authenticity.” Originally, Barneys considered hosting youth-centered events but reconsidered as they would alienate older customers, Mazzucca said.

A diversity gap hurts bottom lines
Mary Pryor, co-founder and CEO of Cannaclusive, a program that works to support inclusion in the cannabis industry, discussed diversity problems. “There is an absence of people of color and other minorities in the cannabis space,” she said in a conversation with Ad Age Editor Brian Braiker. “It’s not being taken seriously.” The fact that many minorities are still being incarcerated for using the plant is an issue, and it's also destroying brands’ reach and selling potential, she said. It's in brands' interest to "do things that call out social equality and promote inclusion," she said.

Personalizing cannabis
Customers often don’t know where to start, especially when it comes to the health claims of various strains. Mario Guzman, founder of cannabis brand Sherbinskis, is looking into creating an algorithm that would pair a customer with a cannabis strain to match what benefit they're looking for. It’s the equivalent of finding the right shoe fit, but for cannabis.

Amazon of weed?
Several marketers agreed that being niche is smarter than trying to be the Starbucks or Apple of the cannabis world.

“Understand the demo, lean into it and be the Amazon of that niche,” said Jackee Stang, president and co-founder of cannabis brand Quarter. “You want to create your own lane,” said Kadey, speaking on the same panel. “Being the Starbucks of cannabis is the last thing anyone on the planet needs, and most people who set out to be the Apple store or Starbucks of cannabis typically end up looking like the McDonald’s of cannabis.”