Kobe Bryant-backed sports drink BodyArmor keeps pouring more into marketing as it goes after Gatorade. Find out about the brand's latest campaign below, along with what agency board former PepsiCo CEO Indra Nooyi has joined. But first, some gin hijinks.

Hendricks' Gin recently unleashed a giant inflatable cucumber in Sydney Harbour in hopes of gaining some exposure for the brand, which has long used cukes in its marketing. But the cucumber fell off a pontoon, split open and deflated into the sea, according to a report in the Daily Mail, which posted a video of the crash in an article dated March 22. On the same day, Hendrick's posted a video on its YouTube claiming the cucumber was lost at sea, while saying it will reward anyone who finds it with a lifetime supply of Hendrick's Gin and cucumbers. It all smells like a giant stunt to us. Marketer's Brief reached out to a Hendrick's rep for comment, but we have yet to get a response.

Summer is approaching, which can only mean one thing: Canned wine! The packaging, once frowned upon, has gained in popularity. Yes Way Rosé announced today it will begin selling a canned version of its rosé. It will be sold at Target beginning in April. 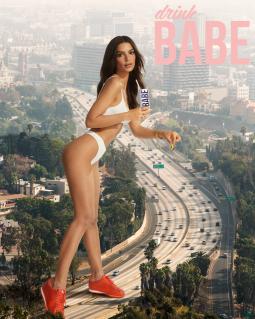 Meantime, the Babe wine brand, which first began selling sparkling wine in a can in 2016, has struck a marketing deal with model Emily Ratajkowski. The brand is calling her its "chief taste officer," with responsibilities including creative consulting, marketing insights, awareness and visibility expertise. That "awareness" includes posing with a can of Babe sparkling rosé while wearing a white bikini. Babe is owned by Swish Beverages, which counts Anheuser-Busch InBev as a minority investor.

BodyArmor was hard to miss during the first round of NCAA March Madness games, both courtside and in a TV spot featuring James Harden and Donovan Mitchell. The brand recently became a sponsor for NCAA championships, replacing Powerade. Now the Kobe Bryant-backed challenger to Gatorade has a new ad out for MLB Opening Day and the Sweet 16. It stars Mike Trout, on the heels of his hefty extension with the Angels, and Colts quarterback Andrew Luck showing off less-than-stellar moves on the dancefloor, suggesting they wouldn't get into an "outdated disco battle" or drink an outdated sports drink. The spot from Brian&Ford, written by Bryant and Brian Ford, ends with the campaign's voiceover line "Thanks, Gatorade … we'll take it from here." 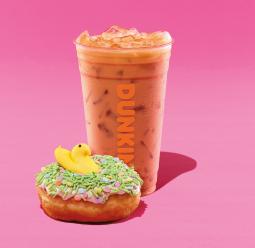 Sugar Alert! Dunkin' is coming out with Peeps donuts and Peeps marshmallow-flavored coffee and espresso drinks, debuting April 1 for a limited time. Marketer's Brief confirmed the products are not April Fools' Day pranks, despite the timing of their debut. And from April 2 to 4, people in Massachusetts (where both companies began) may see a Dunkin' car riding alongside the Peepsmobile, stopping at Dunkin' locations for giveaways. Other new limited-time products include a chocolate cherry cold brew and a sweet sriracha bacon breakfast sandwich.

Uncle Ben's is turning the act of opening a bag of its Ready Rice into a two-minute theatrical duet. The latest "Cooking Brings Us Closer" creative shows the progression of a couple, from an early date to life as arguing parents, with "Let's Call the Whole Thing Off" serving as much of the dialog. Shorter clips airing on TV mark Uncle Ben's first new TV work since 2016. The campaign for the Mars brand comes from BBDO SF.

Prestone, whose products include antifreeze and other under-the-hood vehicle chemicals, has named Doner as its creative lead agency after a review. The Detroit-based MDC Partners-owned shop will handle strategy and creative while working with MDC's Assembly on integrated media. A new campaign is expected in the fall. Prestone had been with Schiefer Chopshop. 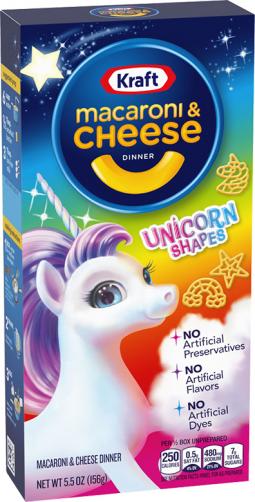 It's a unicorn-filled world we live in. Earlier this month, Lucky Charms announced it would give away 15,000 boxes filled only with rainbow and unicorn marshmallows. Now, Kraft Macaroni and Cheese has a version that includes unicorn heads, rainbows and stars.

44: The percentage of millennials who say they would be interested in Apple's streaming service, according to a survey from MorningConsult/The Hollywood Reporter.

Omnicom's Sparks & Honey, which is repositioning itself as a "technology-led cultural consultancy," named former PepsiCo CEO Indra Nooyi to its advisory board.

Sephora has promoted Deborah Yeh, who had been senior VP of marketing and brand, to chief marketing officer. The cosmetics giant also promoted Karalyn Smith to chief people officer from senior VP of human resources and education.

CORRECTION: Due to inaccurate information shared by an Uncle Ben's representative, an earlier version of this article incorrectly reported the last time brand ran a TV ad was 2006. Uncle Ben's was on TV as recently as 2016.