J.C. Penney is ripping up its marketing playbook once again, this time fashioning itself as the department-store destination for Hispanics.

It's a critical time for a retailer attempting a turnaround following three tumultuous years of management and agency upheaval; repeated shifts in strategy; and a marked decline in sales. In a push for growth, J.C. Penney isn't just zeroing in on the Hispanic customer -- it's identified the demographic as its "North Star."

The push will be on display this week with an expansive World Cup campaign that specifically addresses Latinas (there is no general-market component, a first for the retailer) and a sponsorship of Univision's World Cup coverage. 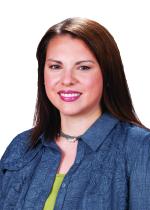 "Our growth depends on catering to the Latina," said Lyris Leos, director-multicultural marketing at J.C. Penney. Until now, "we have never overtly stated and assertively made the claim that the Latina is our brand muse."

"Because she has a higher taste level and consumes fashion at a faster rate, our Latina woman will make J.C. Penney better as we rebuild our brand and the goods we offer," said Debra Berman, senior VP-marketing. "If we do right by her, we will do better with our general-market work, as our Latina customer is increasingly reshaping the general market."

That recognition has sparked big changes.

Internally, J.C. Penney has done away with its dedicated Hispanic marketing group, embedding those execs into existing marketing groups and hiring new talent. It's added Havas to its roster, which already includes Grupo Gallegos. And recently it introduced a new, inclusive tagline, "when it fits, you feel it."

J.C. Penney is also getting a better handle on the demographic through a new Hispanic Facebook page and a revamped rewards program. It's rolled out two lines of cookware targeting Hispanics -- Simplemente Delicioso and IMUSA -- and more products could be on the way.

Bilingual signature returns
The retailer has also updated its list of Hispanic-designated stores -- now more than 180 -- which are defined as stores in areas that have twice the national average of Hispanics or stores where sales from that demographic are higher than average. In those stores, bilingual associates are identified; Latin music is mixed in with popular tunes; and bilingual signage, a casualty under former CEO Ron Johnson, is being reintroduced.

As of 2012, the most recent year for which data is available, J.C. Penney ranked No. 32 on Ad Age's list of top spenders in Hispanic media, spending $43 million. J.C. Penney ranked fifth among retailers, behind Walmart, Sears, Home Depot and Target.

With the coming World Cup, J.C. Penney is looking to stand out by speaking to women in a typically male-dominated environment. Ms. Leos, citing a Nielsen study, said that more Hispanic women watch World Cup than non-Hispanic men. She described that realization as a "breakthrough moment."

The campaign includes two 30-second spots that will air during each of the tournament's 56 games on TV, as well as online. There have also been integrations with the Univision morning show "Despierta America," which began in early May.

In the TV spot "Pulse," set to launch this week from Grupo Gallegos, Latina women are shown cheering for their teams, decked out in outfits that coordinate with their teams' national colors. The voice-over translates to "our colors are tattooed on our souls." The voice-over also says, "Soccer is for girls," emphasis on the "is," added Ms. Leos.

"We wanted to give her something that was hers," Ms. Leos said of the decision to not create a general-market TV campaign, though some social-media content will be adapted for a general audience. "We wanted to make a big, concentrated splash in the Latino community."

According to YouGov BrandIndex, the plan seems to be working. While J.C. Penney has always been in Hispanic women's consideration set, along with Kohl's and Macy's, it has seen a bounce in perception during the last two weeks. "Clearly, something from J.C. Penney has caught the attention of Hispanic women," a YouGov spokesman said.