The holidays will soon be here -- and that spells trouble for JC Penney if it can't quickly beef up its decimated marketing ranks.

The retailer plans to hire a marketing leader shortly, according to two executives close to the company. The top candidate: Debra Berman, VP-marketing and engagement at Kraft Foods Group. 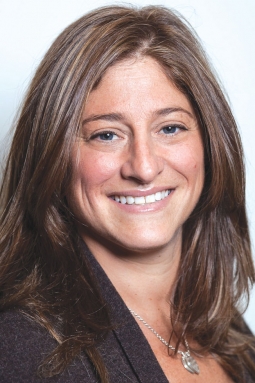 Until Deanie Elsner was promoted to chief marketing officer in January, Ms. Berman served as de facto CMO for the newly formed Kraft Foods, overseeing media and marketing strategy for brands that spend in excess of $500 million globally on advertising. Ms. Berman is an Ad Age Media Maven and has been with Kraft since 2009, when she joined as senior director-global planning and strategy. In that role, she brought more brand work and planning in-house, taking some responsibility away from creative agencies. Prior to joining Kraft, she worked at DDB, and spent time at Y&R, Lintas and Saatchi & Saatchi.

With or without Ms. Berman, JC Penney needs to move quickly, since most major retailers are in the throes of planning and shooting their holiday campaigns.

JC Penney has been without a permanent marketing leader since Michael Francis left the president role 13 months ago. Mr. Francis oversaw marketing, merchandising and product development, but was never named CMO. The last JC Penney marketing chief was Mike Boylson, who retired two years ago.

Former Aflac CMO Jeff Herbert has been advising the retailer on marketing on an interim basis, and wraps up his contract this month. Meanwhile, Sergio Zyman -- who was instrumental in hiring Y&R to help with JC Penney's turnaround efforts -- remains a consultant.

The retailer's new marketing leader will have few senior staffers to rely on -- the chain's marketing team has been depleted amid the executive turmoil and critical headlines of the last year. Those who have left include: Lisa DeStefano-Orebaugh, VP-strategic marketing; Greg Clark, senior VP-creative marketing; Sissie Twiggs, VP-media for digital marketing; and Eric Hunter, senior VP-marketing.

Ms. Berman was at JC Penney's Plano, Texas, headquarters last week, according to the two executives. She also has connections to at least one JC Penney board member -- Mary Beth West is chief category and marketing officer at Mondelez International, which separated from Kraft in October.

JC Penney did not respond to requests for comment. Attempts to reach Ms. Berman were unsuccessful. A Kraft Foods Group spokesman said Ms. Berman remains an employee, and wouldn't comment on departures.