Yup, it’s time for another celebrity colonel in a football-themed campaign. 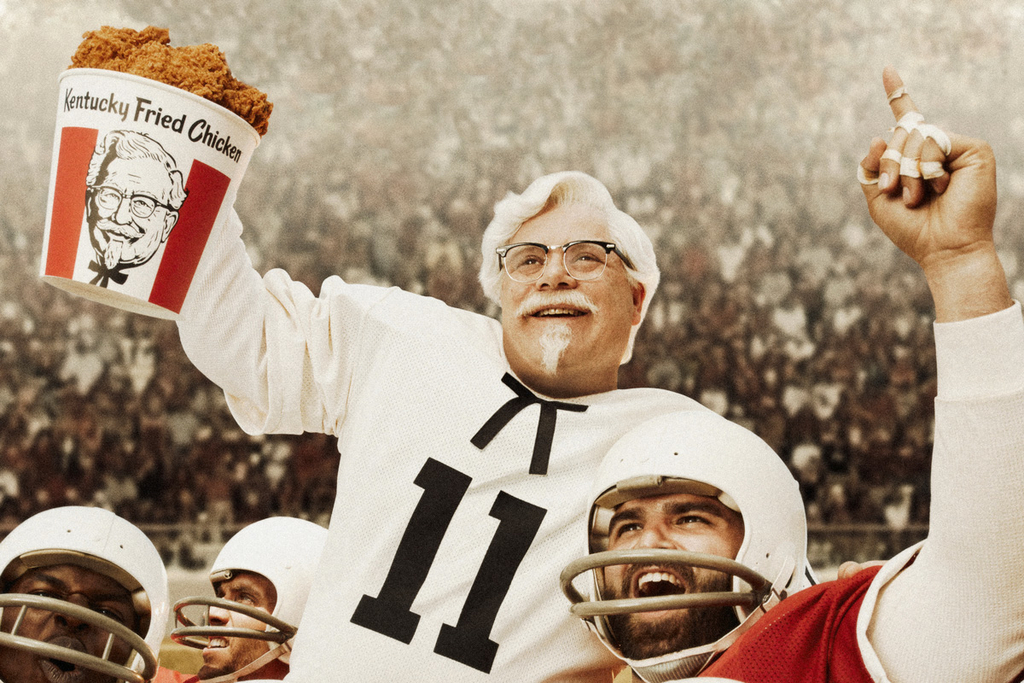 Sean Astin returns to character as Rudy from the 1993 film of the same name in a new campaign for the fried chicken chain.

Now, instead of pushing himself to try to get to play football for Notre Dame, Rudy is pushing himself to try to become the next Colonel Sanders in a spot called “Rudy II.” Fans of the movie will notice spoofs of scenes including when (26-year-old spoiler alert) Rudy is celebrated and carried off the field. Later, he dons a Colonel-style jersey with the number 11, a nod to the 11 herbs and spices in the company's recipe.

The campaign debuts as the NFL season kicks off and after KFC’s U.S. same-store sales and systemwide sales rose 2 percent in the first half of 2019. The company, the second-largest chicken chain behind Chick-fil-A, has faced increased competition from Popeyes’ overwhelmingly popular new chicken sandwich. And, keeping up with the meatless trend, KFC tested plant-based nuggets and wing products from Beyond Meat at one of its Atlanta restaurants in late August. In general, though, it’s focused on chicken, not faux chicken. In another spot, Colonel Rudy promotes a free chocolate cake with the purchase of a 10-piece meal.

The Colonel Rudy campaign is the latest in a string of KFC’s celebrity colonel work dating back to 2015 that comes from Wieden & Kennedy Portland. KFC plans to air four Rudy spots through November, and says it may include a cameo by the real Rudy Ruettiger, whose story inspired the classic sports film.

Astin isn’t the first actor to don the white suit for a football-themed campaign. In 2016, Rob Riggle portrayed the chain’s founder in ads about the fictitious Kentucky Buckets football team. The style of the latest KFC campaign is a bit reminiscent of Taco Bell (a Yum Brands sibling chain) with its movie-trailer style spots for Nacho Fries.

Astin, also known for roles in movies such as “The Goonies” and “The Lord of the Rings,” and more recently in Netflix’s “Stranger Things” series, can be seen here morphing into the newest version of the colonel.