Superstar Says He Was a Fan Before He Was Paid
READ THIS NEXT
The Week Ahead: Netflix reports earnings and brands navigate Inauguration Day 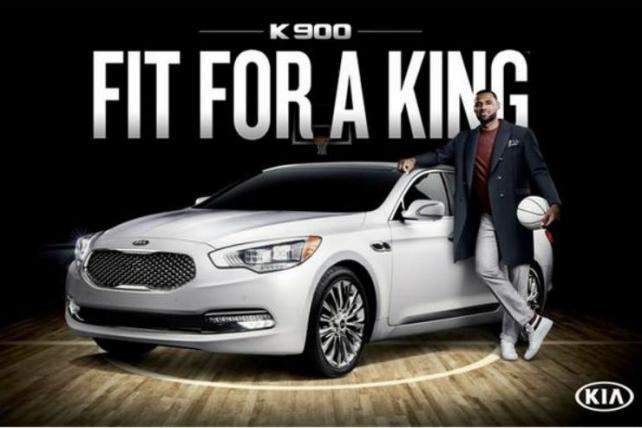 NBA superstar LeBron James, following his high-visibility return to the Cleveland Cavaliers this season, has signed on with America as its first luxury ambassador, the Korean automaker said yesterday.

As part of the multiyear partnership, James will make exclusive appearances, and Kia will feature him in TV advertisements for the Kia K900. James' first on-air spot will be part of the "Fit for a King" campaign, which will premiere later this month as the basketball season gets underway, a statement said.

"As fans of the game of basketball, we were honored to learn that one of today's most influential athletes and tastemakers recognized something different was going on at Kia and wanted to check out our new flagship sedan," Tim Chaney, VP of Kia Motors America marketing communications, said in the statement.

Mr. James, 29, approached Kia after a firsthand experience with the sedan, and then he took on the role of luxury brand ambassador, the statement said.

In August, before Mr. James officially represented Kia, he shared photos of his car and posted, "Rolling around in my K900. Love this car!" online, the statement said.

"I was a Kia K900 driver and fan before we decided to become partners, so I'm really excited to be Kia's first-ever luxury ambassador," Mr. James said in the statement. "Kia and the K900 are out to challenge conventional wisdom and show people how to think differently, and I can relate to that."

--Hannah Lutz is a writer for Automotive News.