One Expert Pegs Value at $400-$500 million
READ THIS NEXT
No more taboos: Why brands are telling the unvarnished truth about bodily functions 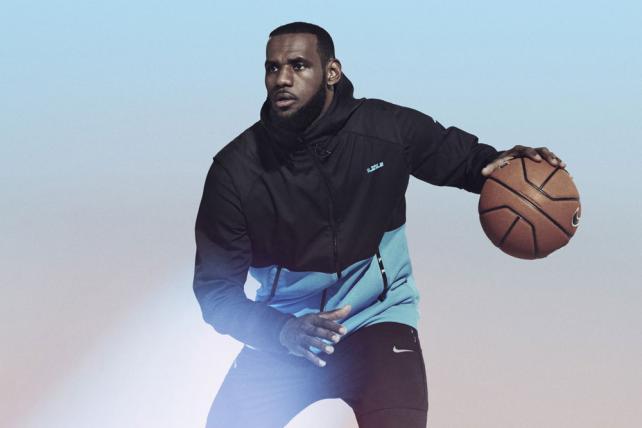 LeBron James has endorsed Nike since signing with the brand in 2003.
Credit: Courtesy of Nike

LeBron James will be in the Nike stable for the rest of his basketball career -- and beyond.

The world's largest sporting goods company Monday signed the four-time NBA MVP to an unprecedented lifetime contract. Terms of the deal weren't released, but sports agent David Falk, who represented Michael Jordan for most of his playing career, estimated its value at $400 million to $500 million.

Nike in a statement said the 30-year-old Cleveland Cavaliers forward provides "significant value to our business, brand and shareholders."

Nike signed Mr. James after going pro out of high school in 2003. His first contract spanned seven years and was worth $90 million, according to ESPN, with a seven-year extension in 2010. Nike has released at least 13 versions of James' signature shoes.

Mr. James this year let lapse his endorsement deal with McDonald's Corp., instead throwing his weight behind the Blaze Pizza chain, in which he is an investor. Last week James's multimedia venture, called Uninterrupted, secured a $15.8 million investment from Warner Bros. Entertainment and Turner Sports.

His lifetime deal with Nike could eventually become something similar to Michael Jordan's. Mr. Jordan, 52, is officially the chief executive officer of the Jordan Brand, which continues to release new shoes. Sales of Air Jordan brand shoes topped $2.6 billion last year, according to Forbes.

Athlete endorsement contracts have exploded in the past few years. In 2014, after a bidding war with Under Armour Inc., Nike extended Oklahoma City Thunder forward Kevin Durant on a 10- year, $300 million deal. Houston Rockets guard James Harden left Nike before the season for a 13-year, $200 million contract with Adidas Ag.

Such an open-ended deal is very rare. Soccer star David Beckham reportedly has a lifetime deal with Adidas AG, according to ESPN. Allen Iverson at one time signed with Reebok in what the AP called a "lifetime deal," although those sometimes refer to a player's career, not his mortality.

A former NBA Rookie of the Year, Mr. James has averaged 27.3 points, 7.2 rebounds and 6.9 assists per game in his 13 year career. He's won two NBA titles, been to four other Finals, and won two Olympic gold medals.