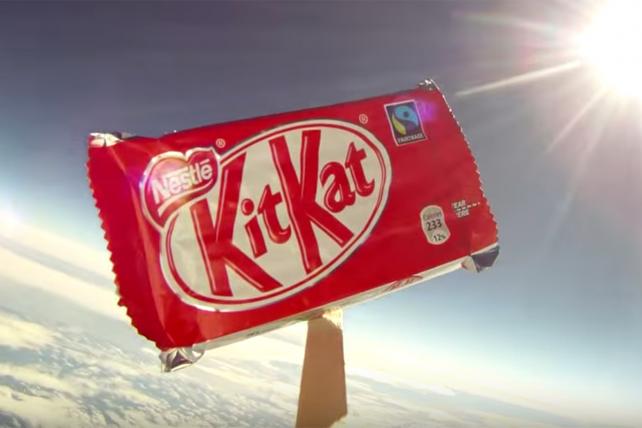 Add Nestle to the list of marketers that have stopped Google spending over the issue of ads being placed with objectionable content. "We have decided to pause our media buying with Google/YouTube and Google Display Network pending reassurances from them on actions to address the problem of brand advertising appearing on inappropriate websites," a spokeswoman said in an email statement. "Nestle uses a significant amount of online advertising for our brands, and we have taken measures to ensure that our media placements only appear on appropriate websites and other online channels." Nestle joins J&J, Walmart, General Motors, PepsiCo and others making similar moves since last week. Google declines to comment on advertising decisions by individual advertisers but said in a blog post last week that it's taking steps to give advertisers more control over where their ads appear and prevent placements on inappropriate content.

Sure the Kraft Heinz takeover offer for Unilever seemed like a stretch, but how big? According to strategic consultancy Brand Finance, the value of the Unilever brand portfolio is more than double that of Kraft Heinz -- $42.9 billion vs. $20.2 billion. Then again, if the Brand Finance numbers are to be believed, maybe Kraft Heinz was onto something in terms of Unilever being undervalued. Unilever's sales are also more than twice as high as Kraft Heinz's, but the difference in sales is actually bigger than the difference in brand value, suggesting those sales aren't producing quite the value bang per buck for Unilever. At any rate, Unilever stock remains about 20% above where it stood before the offer, as its board continues to mull strategic options, so Kraft Heinz and their friends at 3G Capital seemingly did Unilever shareholders a favor. The deal fell through after Unilever rejected it and Berkshire Hathaway Chairman-CEO Warren Buffett made clear he wouldn't back a hostile bid.

Unilever's Dove in recent years has celebrated curly hair without making an explicitly ethnic appeal, but now Procter & Gamble Co.'s Pantene is doing just that for an African-American market that often feels overlooked by mass brands. "There is still a level of inequality in how African-American hair is represented in popular culture and in mainstream hair-care advertising," Pantene said in a release. "Mass brands, like Pantene, have inadvertently been a part of this pervasive hair bias with a history of advertising showcasing a limited representation of African-American hairstyles." To address that, the brand launched an ad last week by Grey New York featuring brand ambassador Jillian Hervey with African-American women of all ages. The brand also has launched the Gold Series of premium products for African-American women.

"Brad's wife," who as seemingly everyone knows by now was apparently let go from her 11-year job at Cracker Barrel, continues to generate buzz for the restaurant chain. Bradley Reid first posted about the issue on his personal Facebook page in late February, followed by another post in early March on his birthday, and things have escalated since then. So far, Cracker Barrel has let #JusticeforBradsWife and other comments lead the conversation. Digital content engagement around the brand has soared 304%, when comparing Feb. 27-March 28, 2017 to the month before, data from Amobee shows. Social interaction has picked up in the last few days, as people continue to pepper Cracker Barrel with comments and questions tied to Brad's wife and promote a Change.org petition seeking answers from the CEO on the dismissal of Nanette.

From March 22-28, 92% of all Cracker Barrel digital engagement was related to Brad, Amobee said. Cracker Barrel, which has not responded to a request for comment, is seeing negative sentiment. From March 22 through 1 p.m. EDT March 28, the @CrackerBarrel handle was mentioned 7,400 times on Twitter. Sentiment around those tweets was 85% negative, 6% neutral and 9% positive, Amobee said. And as Cracker Barrel appears to be waiting this out, at least one other restaurant is getting into the conversation. A Chick-fil-A posted an image on Facebook with a "Now hiring Brad's wife" sign on March 23, and from then through March 28, 20% of all of Chick-fil-A's digital engagement was related to Brad.

"'Brad's Wife' didn't start as a Cracker Barrel-generated campaign but it can end as one," Jonathan Cohen, Amobee's principal brand analyst, said in a statement. "By finding a way to respond to the meme, and by amplifying that messaging across paid media, Cracker Barrel can leverage the high level of interest around the story and turn a negative into a positive."

Onto some less-polarizing restaurant news …

Some of Taco Bell's Live Más scholarship recipients got more than money to pursue and showcase varied passions. The scholarship was started to award students interested in a mix of topics, rather than basing funding on academics and athletics, and applicants submit videos to enter. Now, Taco Bell is promoting the effort in new ads created by and featuring recipients. The ads also feature taco packaging designed by scholarship recipients. The push coincides with the fifth anniversary of the Doritos Locos taco. Commercials that began airing Sunday remind people that for each a la carte Doritos Locos taco purchased March 23-April 8, Taco Bell will donate 10 cents (up to $500,000) to continue funding the scholarships. Taco Bell said it plans to award $1.3 million this year to 155 students, with awards ranging from $5,000 to $25,000. O'Keefe Reinhard & Paul created the commercials with content from the scholarship recipients, who were listed in the credits. "As we continue to grow the Live Más Scholarship program, our vision is that it becomes 'for the kids, by the kids,'" Chief Marketing Officer Marisa Thalberg said in a statement.

Waze is taking the idea of in-app marketing and personalization one step further in a new partnership with longtime advertiser Dunkin' Donuts. Members of the Dunkin' Donuts DD Perks program who have the coffee chain's app can now order ahead within Waze. The navigation and traffic tracking app will locate the nearest Dunkin' Donuts restaurant and launch Dunkin's on-the-go ordering. Waze and Dunkin' said users can cut the line inside Dunkin' Donuts once they get there, but there's still not an option to jump to the front of the drive-thru line. Waze plans to roll out the order ahead feature "with more brand advertisers in the near future," Jordan Grossman, Waze's head of business partnerships, North America, said in a statement.

One of marketing's longest-running streaks of success recently ended when Kroger Co. reported comparable-store sales fell in the fourth quarter, ending 52 quarters of growth in the measure that were fueled largely by a loyalty program run by Dunnhumby USA and later Kroger's fully owned offshoot of the agency, 84.51. CEO Rodney McMullen noted in a conference call earlier this month that he was "disappointed." Chief Financial Officer Mike Schlotman did offer some explanations, including grocery price deflation and the removal of 35 strong-performing stores from the calculation due to them being relocated or expanded.

It's certainly not as exciting as Game 7 of last year's World Series, but T-Mobile is offering its users unlimited live streaming baseball for an entire year at no cost. The promotion kicks off April 4 during Major League Baseball's opening week, allowing subscribers to download both MLB.TV Premium and MLB.com At Bat Premium for free. The carrier's push is part of a weekly giveaway via the its "T-Mobile Tuesdays" app. Common freebies include free Papa John's Pizza or $15 Lyft credits. Next month's promotion, however, might be the biggest of the year, as both MLB.TV and MLB At Bat retail for about $115 combined. The promotion ends April 5. 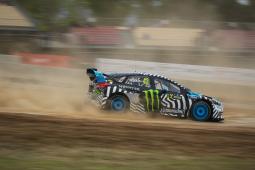 Here's the latest example of brand-as-media provider: Ford announced today that it will be the exclusive live distribution channel this season for the FIA World Rallycross Championship Presented by Monster Energy. Twelve races will be streamed live on the Ford Performance Facebook page. "We are always looking for innovative ways to provide more value to our fans and customers in the U.S.," Henry Ford III, global marketing manager for Ford Performance, said in a statement. "Our partnership with IMG will not only make it easier for fans to watch Ken Block and Andreas Bakkerud live as they compete for the 2017 world championship, but it will also be an enhanced experience for those viewers."

Finally, Lowdown has one executive move to report this week …

Popeyes Chief Brand Officer Dick Lynch is leaving the chain now that it has been acquired by Restaurant Brands International Inc. Cheryl Bachelder, who just left the role of Popeyes CEO, in a statement called Mr. Lynch a "catalyst for Popeyes remarkable growth over the past nine years." Mr. Lynch led the effort of focusing on Popeyes' Louisiana roots in is food and marketing featuring spokeswoman Annie. He has been heavily involved in working on marketing succession plans, including finding a new chief marketing officer, Popeyes said.