Mastercard recreates 'Priceless' restaurants from around the world in immaculate detail 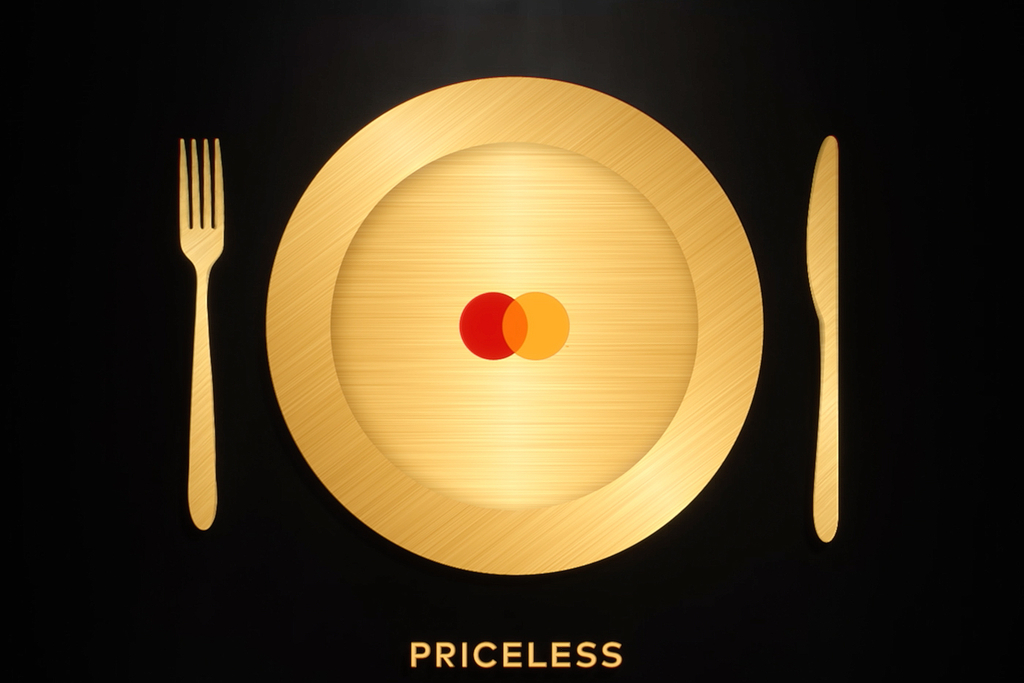 Mastercard is completing its tour through all five senses with an ambitious installation that brings three distinctive restaurants from around the world to New York City. The latest iteration of the long-running “Priceless” campaign establishes what the brand calls “an international culinary collective,” recreating in minute detail the experience of visiting restaurants that—until now—had offered a singular dining experience.

Spring, a creative agency, production studio and members club, transformed two of its studios in Tribeca into London’s Lyaness, complete with views of the Thames; Zanzibar’s The Rock, built on a tiny island just off the coast of Tanzania; and Terazushi, a third-generation sushi restaurant in Kitakyushu, Japan. Screens project the outside environs through the windows, and real sand covers the boardwalk outside The Rock.

“Our strategy has been very deliberate and clear—to move beyond observing and celebrating priceless moments in advertisements to bringing Priceless to life, enabling and curating priceless experiences and making Priceless tangible,” says Raja Rajamannar, chief marketing and communications officer at Mastercard. “Priceless in New York City is our latest manifestation of that, one that is centered around people’s passion for food and culinary experiences.”

Just after his previous venture, Dandelyan, was named the best bar in the world, London mixologist Ryan Chetiyawardana closed it to begin work on Lyaness. The Priceless version of the space includes a curved, green bar just like the original, as well as the signature blue décor. The details were overseen by Chetiyawardana, who is on hand for the opening.

Tall windows are actually backlit screens showing the same views visitors to the London location see. As the day wears on, the time outside changes, too, and the sun sets when night falls in New York.

The journey to The Rock begins outside the restaurant with a gangway flanked by tropical plants. Within, diners are directed to chairs covered in hand-sewn textiles from Tanzania, and some of the waiters serving them speak Swahili. A half-dozen windows each show a slightly different scene, as the view wraps around the building.

Owner Nigel Firman can point to a pair of figures strolling along the beach, his friends caught by the camera crew filming for the window scenes. Behind them, his house. In the air there is the smell of the sea, as well as the air of Tanzania itself, recreated by scent dispensers hidden in the ceilings.

“We wanted to honor as much as possible every sensorial aspect of the original locations, from the taste to the smell to the sound and the sightlines, which required a maniacal attention to detail,” says Tom Punch, global president and chief creative officer at Spring. In order to really catch the sunset in Zanzibar, they had to send a director of photography twice to reshoot with an 8k camera to get video that would look good at the sizes they needed.

Perhaps the most complete experience is Teruzushi. The intimate space seats 12, and there are no windows to distract from the real show, Chef Takayoshi Watanabe, who grinds authentic wasabi and slices maguro tuna with a 28-inch curved blade.

Red sake bowls and white napkins mimic the Japanese flag, and the organic soy sauce is handmade. All of the food is the same as diners would eat in Japan, flown in for Priceless, as are the utensils, rice cookers, dishes—even the toothpicks. Watanabe temporarily closed his restaurant, packed his bags and traveled to New York with most of his employees.

Mastercard calls the installation a "restaurant residency." The space is dedicated to Priceless indefinitely, and when a restaurant and its owner heads back home, another restaurant will rotate in to replace it. The Rock and Firman, for example, will be in New York for 45 days.

Spring had even less time to put it all together. “The most challenging aspect of the program was undoubtedly the timing,” Punch says. “The multiple fabrications, prop sourcings—it all came together in five weeks.”

Mastercard’s sensory makeover began earlier this year. A new visual identity removed the brand name from its logo, followed quickly by a sonic identity, a cheerful, 12-second melody that can be played at points-of-sale, on voice assistants or anytime customers interact with the brand, says Cheryl Guerin, executive vice president, North America at Mastercard. But after sight and sound, the Priceless installation “isn’t just about taste,” she adds. “There’s touch and smell, and the sonic identity is worked into the music playing in the restaurants.”

In addition to the restaurants in residence, a rooftop terrace features small plates from James Beard award-winning chef JJ Johnson that complement drinks from Lyaness.

Diners eager to eat at one of the locations can make reservations with a Mastercard on OpenTable, which are available beginning July 31, though they are filling up quickly.