The Ford-owned brand leans into its ‘sanctuary’ positioning in pact with Calm, whose services include sleep, relaxation and meditation programs
READ THIS NEXT
The Week Ahead: Delta reports earnings and ANA hosts data and analytics conference 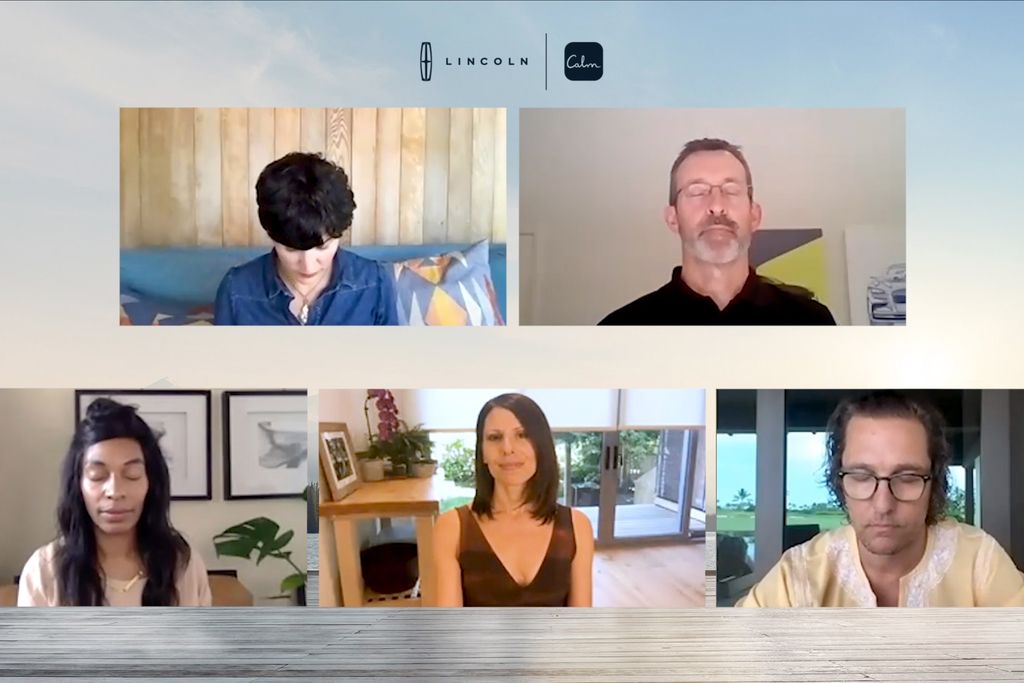 McConaughey participated in a 45-minute virtual panel on 'The Future of Wellness.'

Matthew McConaughey—who’s been plugging Lincoln with quirky introspective ads for years—is adding meditation to his repertoire. The actor is part of the brand’s marketing rollout of a new partnership with Calm, a so-called mental fitness app whose services include audio programs for sleep, relaxation and meditation.

The Ford-owned brand will give away a one-year premium membership to all Lincoln owners, which normally costs $69.99. To tout the deal, Lincoln today released a video showing McConaughey participating in a 5-minute meditation as part of a 45-minute virtual panel on “The Future of Wellness” moderated by Elise Loehnen, chief content officer at Goop, the lifestyle brand founded by Gwyneth Paltrow.

In the meditation, McConaughey is seen closing his eyes and following along as Calm’s Head of Mindfulness Tamara Levitt instructs the group to inhale and exhale and “surrender the body to the downward pull of gravity,” and “soften” the tension in their minds and body. Also participating are Lincoln North America Director Michael Sprague and Nkechi Deanna Njaka, a neuroscientist. Watch the whole thing here.

McConaughey emerges from the session with a yawning stretch of his arms, before being quizzed by Loehnen about how he is coping during the pandemic. He answers by subtly plugging the Lincoln Navigator, saying he hops in the vehicle for “those drives to nowhere in particular,” while sharing other details of his life during lockdown, like how his 88-year-old mother has moved in with him and how his family is “spending much more time in the kitchen.”

Meditation and car marketing might seem like an odd match. The auto industry more typically talks about horsepower and handling. But Lincoln for years has pitched its vehicles as sanctuaries, with design touches meant to minimize clutter and technologies aimed at inducing calm at the wheel. New models include features like “active motion” seat massages.  The brand is even studying ways to remove unpleasant smells from inside its vehicles and inject pleasant scents inside the cabin.

McConaughey, a Lincoln endorser for more than six years, is a key part of its sanctuary messaging. He often appears in ads riding solo in vehicles or making random analogies that compare driving Lincolns to stuff like diving backwards into a pool fully clothed—which according to this ad is just like driving in a rainstorm. Earlier this year, he plugged the Lincoln Aviator in a nearly dialogue-free spot that just showed him ice fishing.

Lincoln Marketing Communication Manager Eric Peterson described the brand’s approach as having a “certain amount of subtlety to it. We are not braggadocious power, or braggadocious performance—we have those—but it’s more how you feel, that sense on the interior.”

Lincoln first hooked up with Calm last year on a pilot project that made the app free for select vehicle owners. “The response was overwhelming. They loved it,” Sprague said during the panel. “They loved being able every day before they got in their vehicle, or actually when they got into the vehicle, just sitting for a few minutes, just practicing mindfulness.”

Lincoln is rolling out the wider program in advance of “National Relaxation Day,” which is Aug. 15. It comes as meditation apps experience a surge in popularity as people look for ways to cope with pandemic-induced anxiety. Brand collaborations have been a key part of their rise. For instance, Calm competitor Headspace has a deal with Sesame Street for kids-focused meditations and another one with Snapchat that involves 3-to-4-minute mini-meditation sessions with titles like “Kick the panic,” and “Get out of a funk.”

Calm has deals with brands including American Airlines, General Electric and American Express, according to its web site. Its relationship with McConaughey is not new. He is one of many celebrities to have recorded “sleep stories” for the app. McConaughey’s story has been downloaded more than 11 million times, Levitt stated during the panel. Below, an excerpt.