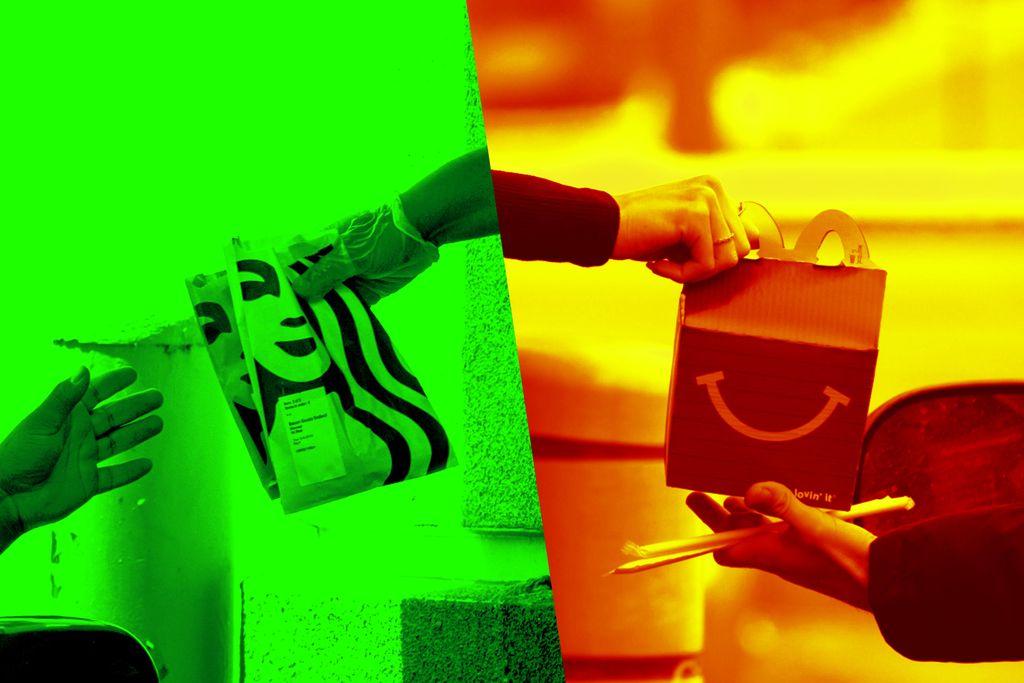 McDonald’s and Starbucks reported the first full quarter of results that came during the coronavirus pandemic, confirming that when people don’t travel to work as often, they don’t stop at restaurants, either.

The breakfast rush has essentially been eliminated. Both chains noted that business during the morning when commuters used to stop by has diminished, and new dining patterns later in the day are cropping up. McDonald’s and Starbucks are seeing larger order sizes as families dine together at home. Starbucks executives pointed to two newly busy times, at around 9:30 a.m. and again at 2 p.m.

McDonald's CEO Chris Kempczinski admitted the Golden Arches saw competitive activity in breakfast, where it had lost some of its focus even prior to COVID-19 as the chain was paying more attention to initiatives such as its "hot off the grill" Quarter Pounder patties. Still, McDonald's is gaining share during breakfast, he said.

The disruption to the weekday morning routine is “a headwind we are focused on across the U.S.,” Starbucks CEO Kevin Johnson said on his company’s conference call.

Now, the two leading U.S. restaurant chains are figuring out what they need to do to boost sales at longstanding locations. McDonald's will amp up its marketing spending, as it had announced back in May, adding $200 million to spend in the second half of 2020 in the U.S. and certain big international markets. The plan means that McDonald's has a “sizable marketing war chest” to invest, and some of that will go toward breakfast, Kempczinski said.

The chains are relying on drive-thru and delivery for more of their business. McDonald’s announced last week that it would further delay the reopening of dining rooms. And Starbucks plans to have curbside pickup available at 1,000 of its U.S. locations in the coming months after seeing success with the concept at a smaller number of shops. And it is starting to use handheld devices to speed up the ordering process in those long drive-thru lines, a move already used at chains such as In-N-Out.

McDonald's global same-store sales fell 23.9 percent in the quarter. Still, “the recovery from the trough has been impressive,” especially in countries where it has drive-thrus, Bernstein analyst Sara Senatore said in a note to clients.

The quarter started out rough and ended, well, less so. Same-store sales at both chains were down substantially in April, improving somewhat in May and June but not moving into positive territory.

Executives at both McDonald's and Starbucks didn't make predictions about the economy, yet claimed that their companies are in positions to weather any additional uncertainty. McDonald's recent polling of consumers found concerns about the economy eclipsed those of public safety, Kempczinski said.

On the innovation front, Starbucks will bring out a plant-based protein box sooner than originally planned, due to the interest it has seen in other plant-based foods and beverages and to appeal to those looking for meatless food options while at home. And it is banking on the Pumpkin Spice Latte, followed by holiday beverages, to boost sales.

McDonald’s is also looking at adding some innovation, but didn't spell out what the products might be. The chain previously hinted at a new chicken sandwich. Whatever is to come, the products will need to “earn” their way onto the menu, executives said. McDonald's also announced plans to sell off some of its minority stake in McDonald's Japan. Back at home, it is speeding up plans to close about 200 of its weaker locations, including more than 100 that sit inside Walmart stores.