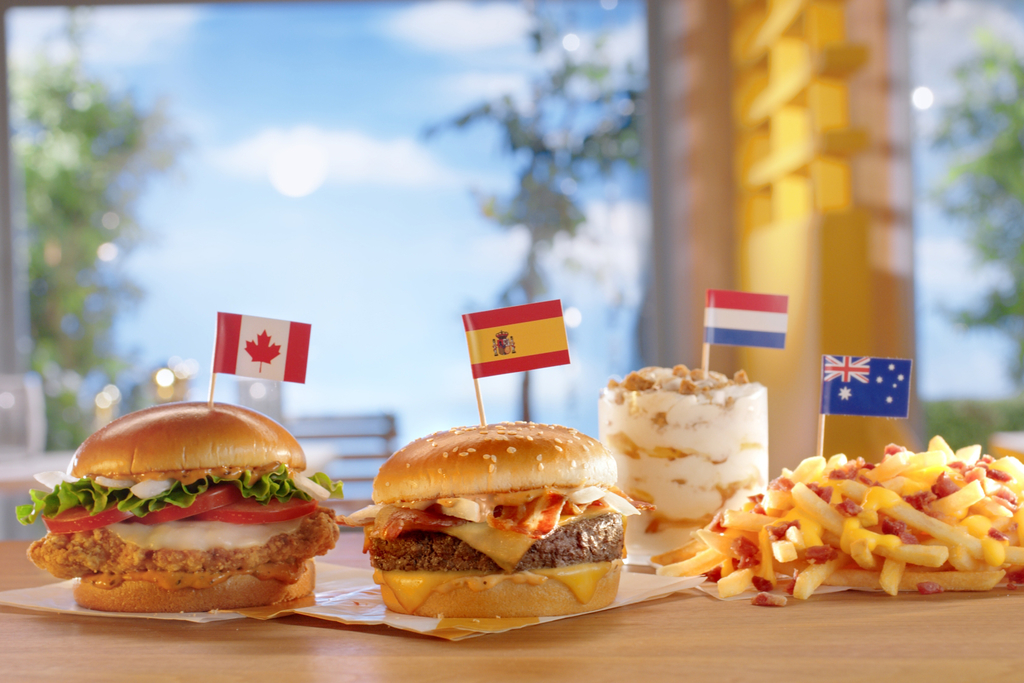 McDonald’s is bringing four international hit items to the U.S.  this summer in its next push to lure more diners to its restaurants.

The Golden Arches, which slings burgers and fries in more than 100 countries, confirmed Wednesday that items from other countries will be added to the U.S. menu for a limited time starting June 5. The four items—a Stroopwafel McFlurry from the Netherlands, the Grand McExtreme bacon burger from Spain, a tomato mozzarella chicken sandwich from Canada and cheesy bacon fries from Australia — are being touted as a Worldwide Favorites Menu.

The fries were on the U.S. menu as part of McDonald’s push earlier this year to get patrons to top some of its classic foods with bacon. While the other items are new to the nationwide menu, they aren't exactly exotic dishes Americans would be unfamiliar with. (Daelmans Stroopwafel caramel waffle cookie pieces, served in the McFlurry, might be one of the few ingredients some don't know.)

If McDonald’s bringing international foods to U.S. restaurants sounds familiar, that’s because it has done so for a while now, on a smaller scale. Since it opened in April 2018, the McDonald’s restaurant on the first floor of the company’s Chicago headquarters has offered a rotating list of items from elsewhere alongside American favorites like the Quarter Pounder and Big Mac. And in September, McDonald’s brought some international hits to 50 restaurants in South Florida.

Now, the approach includes a wider variety of items available across the country. The items will be advertised nationally, though the details on the campaign were not shared Wednesday.

While restaurants set their own prices, the chain’s recommended prices signal the hope that new flavors will entice diners to spend a little more. The McFlurry is $2.19, the bacon burger is $5.59 (single) or $6.89 (double), the chicken sandwich is $5.59, and cheesy bacon fries are $3.19.