The idea is to have a machine, instead of a person, on the other side of the intercom to relay orders to kitchen staff
READ THIS NEXT
Ford to run ads stressing unity following Capitol riot 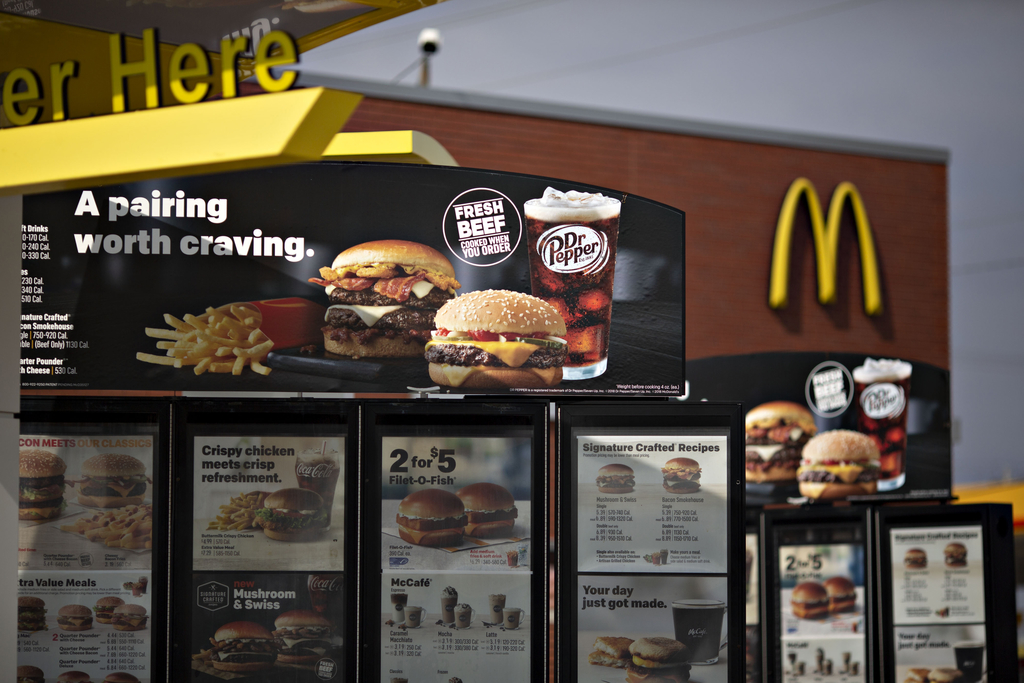 Menus are displayed at the drive-thru outside a McDonald's in Princeton, Illinois.

McDonald’s is making a bet it can automate the task of taking drive-thru orders.

The world’s biggest restaurant company is buying startup Apprente, a developer of voice-recognition technology for use in the restaurant industry, to help speed up lines. The idea is to eventually have a machine, instead of a person, on the other side of the intercom to relay orders to kitchen staff. In Chicago-area restaurants where the system is already being tested, employees still oversee drive-thru order-taking and can step in when needed.

The acquisition is McDonald’s third tech deal in the past six months, and fits into the company’s push to lean more heavily on machines and artificial intelligence to boost sales. McDonald’s is also using Apprente’s headquarters in Mountain View, California—also home to Google owner Alphabet Inc.—to start a tech lab, with plans to add employees there.

“We believe we’re at the right stage now to build out our capacity and have a greater presence in Silicon Valley,” McDonald’s Chief Executive Officer Steve Easterbrook says.

McDonald’s sees Apprente, which has fewer than 20 employees, helping it move cars through the drive-thru lane more quickly and take orders more accurately than employees. The company is also investing to add ordering apps and kiosks in its restaurants and digital menu displays.

In the U.S., fast-food companies are looking for an edge amid intense competition. While many chains have turned in robust sales results this summer, a lot of that growth has been rooted in high prices and new locations, rather than traffic gains. While McDonald’s last quarter posted a 6.5 percent gain in same-store sales—its best result in seven years—guest counts in the U.S. remained down.

Founded in 2017, Apprente says its technology can accurately interpret conversational language, such as a customer ordering a hamburger with no onions and extra sauce. McDonald’s already is testing the technology in two locations in the drive-thru lane, which makes up about 70 percent of the company’s business. It plans to roll Apprente’s technology out nationwide, Easterbrook says. He predicts it will have a “positive impact on more than half of our customers.”

Earlier this year, McDonald’s spent $300 million on Dynamic Yield Ltd., which helps retailers improve performance by collecting personal data from customers to fine-tune sales pitches and promotions. McDonald’s uses Dynamic Yield’s tools to suggest food and drinks to diners based on factors such as time of day, weather and traffic. In April, it bought a small stake in Plexure Group Ltd., which develops mobile apps.

Shares of McDonald’s fell as much as 2.8 percent to $211.24 in New York Tuesday. They had gained 22 percent this year through Monday’s close, outpacing gains in the S&P 500 Index.

McDonald’s, which declined to disclose terms of the deal, may expand the use of Apprente’s technology to markets beyond the U.S. The company wants to make sure it can work with different accents, such as in Australia and the U.K., and work in languages besides English, Easterbrook says. The company also sees the technology being used at kiosks and in mobile apps.

“We’d like to get a second language developed very quickly,” he says. “We see it as being a global solution.”